"The Princess and The Blood Bath" 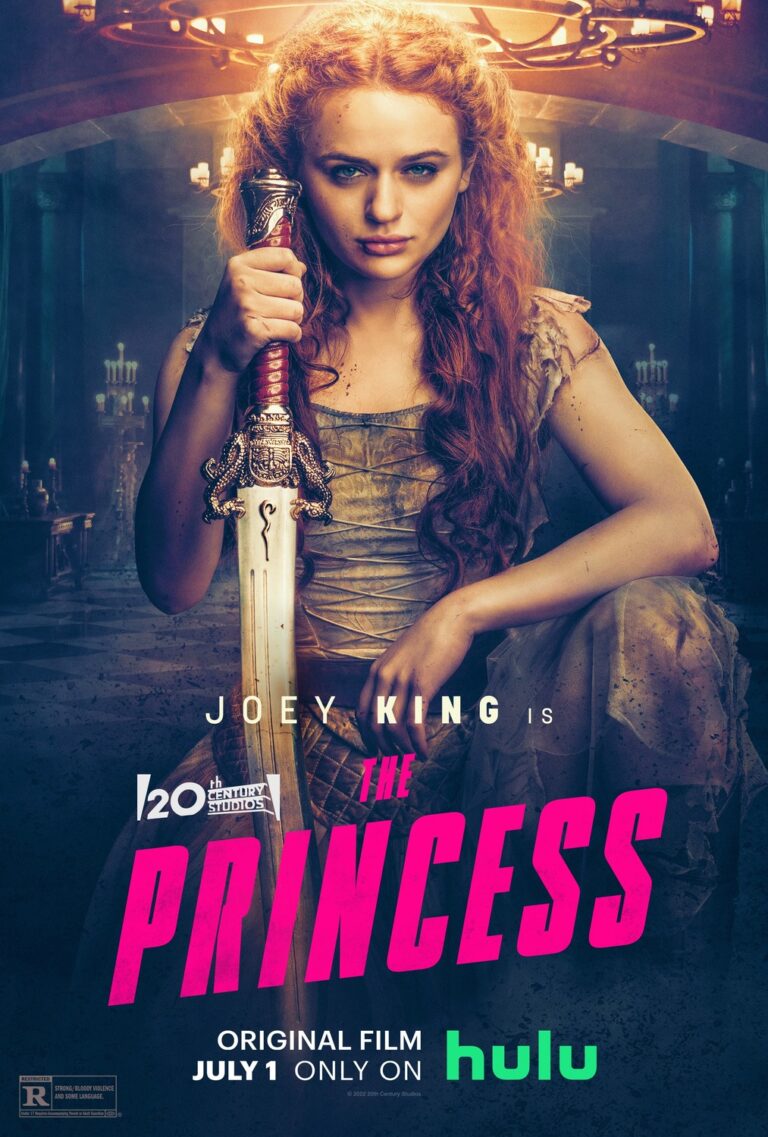 THE PRINCESS is a fantasy movie on Disney’s Hulu outlet about a Princess who wakes up to find herself locked in a tower of her family’s castle by an evil villain named Julius. Julius has plundered the castle and imprisoned her and her entire family because the Princess refused to marry him and make him King. The Princess breaks free and goes on a bloody killing spree all over the castle to save her family.

THE PRINCESS is a poorly orchestrated bloodbath with a weak plot. The acting leaves much to be desired. There are some redemptive elements of sacrifice and a desire to fight to save loved ones. However, the movie is marred by extreme, gratuitous, frequently stomach curdling violence, and brief foul language. Also, the fight scenes are ridiculous and poorly choreographed. Finally, THE PRINCESS has a repetitious, politically correct focus on feminist rage, with weak or evil male characters. For example, the title character’s own father doesn’t even fight to save her. The negative content and politically correct feminist worldview in THE PRINCESS are excessive and unacceptable.

(RoRo, PCPC, FeFe, B, C, L, VVV, S, N, A, DD, M):
Dominant Worldview and Other Worldview Content/Elements:
Strong Romantic, politically correct, feminist worldview, mitigated by light moral, redemptive content such as love of family and sacrifice
Foul Language:
Strong obscenity cut off before completion, two “f” words, two “b” words, a use of God’s name in vain, and a man urinates
Violence:
Some very strong and strong violence such as a princess is chained and lying in a bed, woman head butts a man, woman strikes a man with a chain and blood oozes from his face, repeated scenes of personal combat involving punching and kicking and shoving, a man is stabbed through the eye and dies, a man is stabbed with a horned helmet, multiple fight scenes with knives and swords and other bladed weapons, people are struck with blunt objects, man is pushed from a height and is seen falling to his death, woman is seen with bloody wrists after removing manacles, female villain wields a whip and wraps it around a man’s neck, woman is grabbed by the throat and held in the air, people are shot and killed with a crossbow, flashback scenes show a child and later young adult being trained to fight, man talks about cutting someone’s throat, person is killed by being burned to death and then falling to his death, woman tears a man’s throat open with a bladed whip, people fall/jump from heights, main character is stabbed in the torso, men hover over a woman, and sexual violence is implied, a person is nearly hanged with a whip, and another person actually is, a main character is knocked unconscious, woman bites a man who then slaps her, man threatens to cut out a person’s tongue, man repeatedly runs a sword across a woman’s throat, man’s throat is cut, and his head falls to the ground, and a significant amount of blood and guts is sown being spilled
Sex:
Threats of sexual violence are implied, there’s heavy kissing between the two male and female villains, villain tries to force Princess to marry him, and villain tries to marry a child, her younger child-age sister instead when she proves difficult
Nudity:
Upper male nudity
Alcohol Use:
Guards drink beer and wine
Smoking and/or Drug Use and Abuse:
No smoking, but a woman is drugged; and, Miscellaneous immorality: People are held captive.

THE PRINCESS is a fantasy movie on Hulu about a Princess held captive in the tower of her family’s castle by a madman, who intends to be king by forcing her hand in marriage. The madman locks the Princess’s family in the dungeon. The Princess breaks out and wanders all over the castle, stabbing, smashing heads and cutting all the guards in her path. The movie has some redemptive qualities of sacrifice and fighting to save loved ones. However, it’s marred by gratuitous and continuous stomach curdling violence, a strong politically correct feminist worldview and a weak plot.

The movie opens with a sleeping princess locked in a high tower of her castle. She looks beautiful and peaceful, until she wakes up to reveal she’s shackled. The Princess breaks free from the menacles and smashes the heads of the beastly guards who hover over her. She roams around the castle on a killing spree, bludgeoning, stabbing and destroying everyone in her path. She finds a window overlooking a courtyard. She watches as her sick, sociopathic captor, Julius, taunts her family while they’re on their knees. The entire palace has been overthrown and pillaged by Julius’s forces. He and his evil sidekick and romantic partner, Moira, beat all the King’s subjects into submission. Julius feels content that he’s stolen the kingdom. Julius becomes suspicious that the Princess may no longer be locked in the tower when dead bodies begin to pile up mysteriously.

When the Princess is injured, her female martial arts teacher and mentor, Linh, stealthily pops up from behind a palace wall. Linh takes the Princess to a room, where she quickly nurses her back to health. She also provides new weapons and armor to the Princess. The Princess and Linh continue on in the blood bath, slaying giant men by the dozens. The only suitable fighting match is found in Moira, a tiny woman with a lethal whip. The Princess finally reaches her parents but is knocked unconscious and becomes a prisoner with the rest of her family.

Julius devises a new plan to kill the Princess and marry her much younger sister. The Princess must find a way to defeat Julius and save her school-aged sister.

THE PRINCESS has some light redeeming elements, which includes the importance of sacrifice and love for family. The movie has a noticeable absence of a strong male character, with an obsessive, repetitious and politically correct focus on feminist rage. The male characters are weak or evil. For example, the King doesn’t even fight to save his own daughter! THE PRINCESS has an absurd level of gross-out violence. This is combined with ridiculous, poorly choreographed fight scenes, plus a few obscenities, including two “f” words. This negative content and the politically correct worldview in THE PRINCESS are excessive.