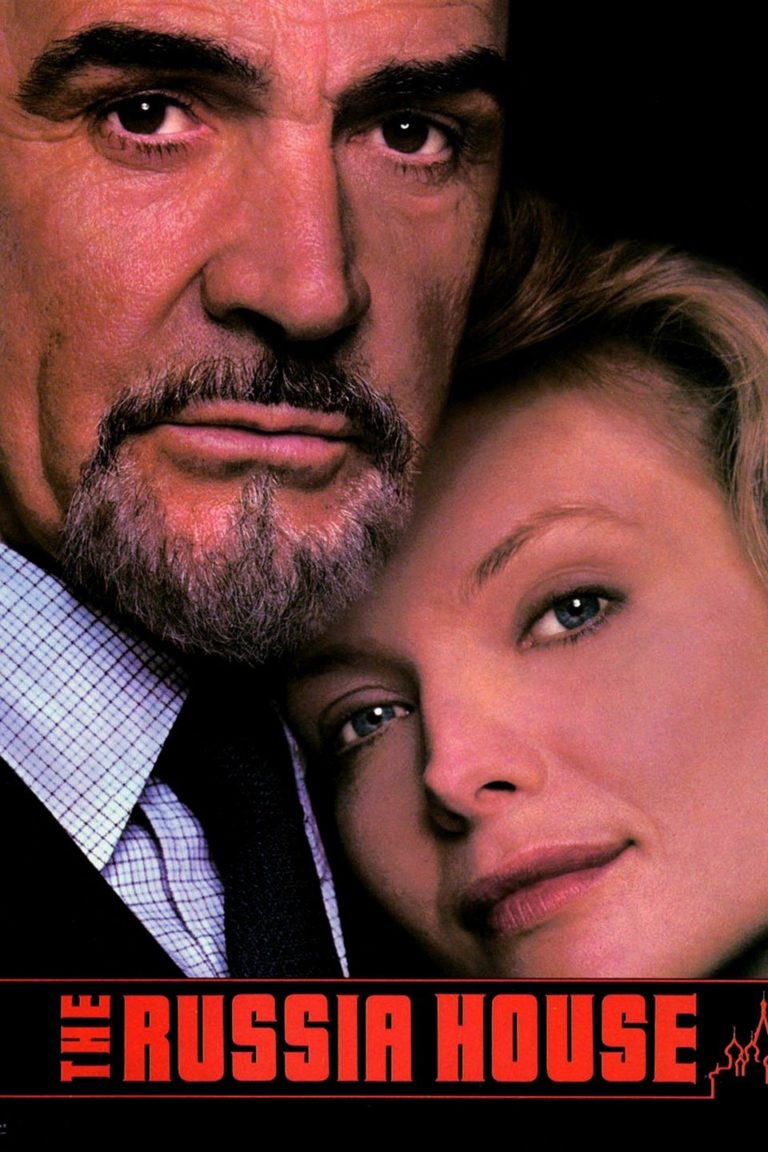 More than 36 obscenities, at least 13 profanities, excessive use of alcohol, promiscuity and implied fornication

Unending boredom and foul language characterize John LeCarre’s screen-adapted novel, THE RUSSIA HOUSE. The story centers on a romance between a distinguished, but hapless British publisher, Barley Blair, and a beautiful Russian book editor, Katya, caught in a labyrinth of international intrigue.

As the film opens, British Intelligence grills Blair (Sean Connery) about Katya (Michelle Pfeiffer) who has handed over secret, inflammatory notebooks from someone named Dante at an International Book Fair. Blair denies knowledge of Katya, but the British recruit him anyway to locate Dante.

Rendezvousing with Katya over lunch, Blair likes what he sees. Katya tells him she’s divorced “like everyone else in Moscow,” and that Dante was her first lover. Since Intelligence has wired Blair, the film flashes back and forth between Blair and Headquarters where B.I. eavesdrops on the conversation. (This is one of the movie’s flaws. In the interminable Control Room scenes, virtually nothing happens, and the plot is not furthered).

Soon, Blair manages to swap dinner and a night at Katya’s apartment for promises to publish Dante’s manuscripts in the West. Never mind that Katya’s young children are present. Blair and Katya fornicate anyway, since in Hollywood’s eyes that’s OK because they love each other. Moreover, the viewer will ask himself, “How can Blair and Katya know they love each other as they are seldom together?” Again, never mind asking legitimate questions about this movie’s thin plot: it is up to Connery and Pfeiffer to carry it, and they don’t.

A short time later, Katya acts as a go-between for Blair and Dante. Blair is to go to Leningrad where Dante will contact him. Dante locates Blair, but they are unable to agree, and Dante, a Soviet scientist whose real name is Yakov, vanishes again.

So it’s back to Moscow for Blair, who is having second thoughts about his espionage role for British Intelligence. Thus, to assuage his conscience and to clarify his thoughts, Blair indulges frequently in alcohol. In nearly every scene, he has a drink in his hand. He tells Katya he loves her and knows he needs to choose between delivering for the British, or following his heart. Before long, he wants to be free of the whole blooming mess, and so do we.

In the end, love wins out as Blair picks Katya over doing his duty for his country. She joins him outside Moscow where they supposedly live happily ever after.

THE RUSSIA HOUSE turns out to be a poor excuse for a spy thriller. Even with Connery, Pfeiffer, and the writing talents of well-known playwright Tom Stoppard, who wrote EQUUS, the plot is so sparse that the viewer keeps wondering what he missed that would flesh things out. In addition, the film’s slow pace will put the most diligent fan of this genre to sleep.

Some of the objectionable aspects of the picture are the numerous vile obscenities and profanities, Blair’s profuse drinking and implied fornication scenes. What despicable examples a movie such as THE RUSSIA HOUSE sets for young people, and how opposite to biblical ones. In the movie, being macho is equated with drinking, cursing and fornicating. Biblically, Christians are urged to abstain from the very appearance of evil. Therefore, read the book, rather than subject yourself to this mediocre picture.

Writer: Tom StoppardBASED ON THE NOVEL BY: John LeCarre