THE FLOWER OF EVIL 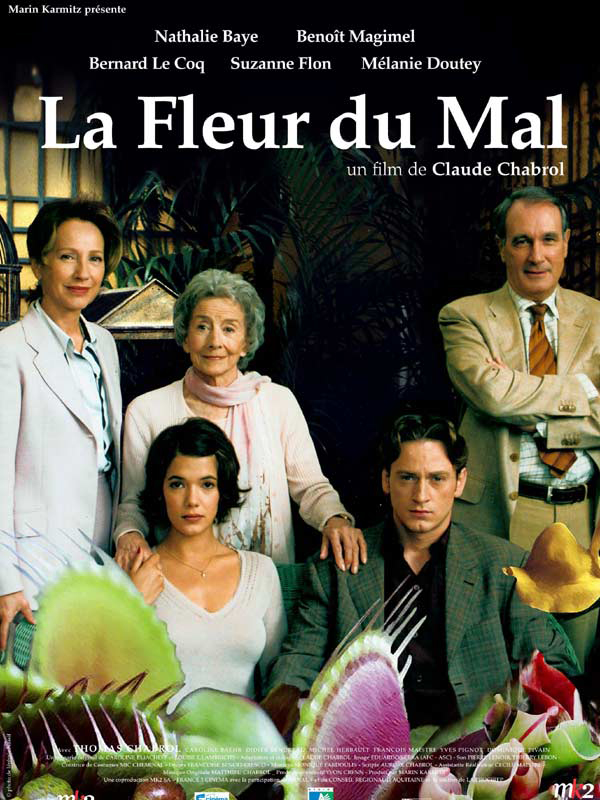 THE FLOWER OF EVIL is a light suspense thriller from France about a rich political family whose skeletons come home to roost in a political campaign. Despite some droll moments, the ending is inconclusive, anti-climactic, and confusing, and few important, truly insightful moral, political, or spiritual points are made.

(HH, PC, Acap, P, B, V, A, D, M) Humanist worldview about the secrets and feelings that people try to hide with light politically correct sentiments against a fictional conservative politician who is wooed by a main character in the story and against capitalism, as well as pro-American element where young man counters French stereotypes of Americans and their lifestyle, and monotheistic element where one character sincerely says, “God help us”; 12 obscenities including a few “f” words and five light profanities; implied murder, attempted rape, person kills man by hitting him with blunt object, people drag body; implied adultery and implied fornication and incest; upper male nudity in one scene; alcohol use; smoking; and, poison pen letter and people are secretive, resulting in the cover-up of a possible crime.

Claude Chabrol is an elderly French filmmaker who has been making little thrillers since the 1950s. He is sometimes referred to as the French Hitchcock, but his films are often much less dramatic and extravagant than those of the Master of Suspense. Instead, they tend to be more like small personal dramas and character studies. They are also often laced with a strong sense of irony, a slight dash of cynicism about humanity, and a significant amount of sympathy for individual people and their flaws.

Such is definitely the case with his latest movie, THE FLOWER OF EVIL, which concerns a political family of rich landowners. When Francois, a law student, returns home after studying in America for three years, he finds that his stepmother, Anne, is running for mayor. This upsets his father, Gérard, who likes to be the center of her attention and is afraid that the political campaign will bring up several family skeletons. For example, Great Aunt Line, who is still alive, was acquitted of murdering Great Grandfather Pierre, a collaborator with the Nazis during World War II. Also, Anne’s sister, Gérard’s first wife, died in a mysterious car accident in 1981 with Anne’s first husband.

An anonymous hate letter brings up these skeletons in the public eye. Suspicion lands on Gerard, who has been cheating on his wife with a series of women. Meanwhile, Francois and his stepsister, Michele, rekindle their own romance, adding to all the simmering emotions.

The story of THE FLOWER OF EVIL climaxes with the unnatural death of one of these characters, an act of self-defense. The ending that follows is inconclusive, anti-climactic, and bewildering, however. Thus, although other reviewers seem to find Chabrol’s movie engaging, this reviewer is just more than a little confused by what exactly Chabrol is driving at. This apparent confusion may reflect the lack of a strong sense of morality and spirituality in the movie’s humanist worldview. In fact, few important or truly insightful moral, political, or spiritual points are made, a fact which may stem from Chabrol’s stated hatred for message movies.

Even so, the movie seems to have something to do with the secrets and sinful feelings that we try to hide, but that eventually entrap us. Chabrol’s direction also contains some uniquely droll moments, such as when Anne reluctantly goes on a door-to-door visit with potential voters in a public housing project.

Watch THE FLOWER OF EVIL: