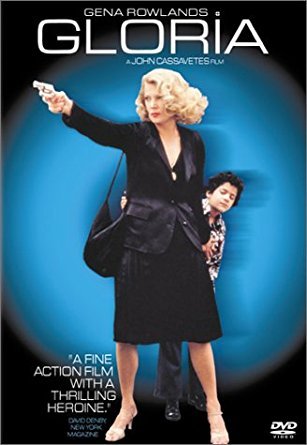 Sharon Stone stars in a remake of the 1980 movie GLORIA. Although renowned director Sidney Lumet helms this version, he does not add anything to the basic story, which features a hardboiled New York gal named Gloria who finds herself taking care of a young orphan boy, whose family is murdered in cold blood. Much foul language mars this morality tale, which celebrates the motherly instinct in the fairer sex.

Remakes of earlier movies do not always fail. John Huston’s 1941 classic, THE MALTESE FALCON, for instance, was the third adaptation of Dashiell Hammett’s famous private eye novel. That movie holds up because it had a unique, top-level cast, led by a talented first-time director who became one of the most-respected directors of his generation.

Blonde bombshell Sharon Stone is now starring in a remake of the 1980 movie with Gena Rowlands, GLORIA, which was directed by Gena’s husband John Cassavetes (HUSBANDS, SHADOWS). Although renowned director Sidney Lumet (THE PAWNBROKER & SERPICO) helms the new project, he does not strive to add anything worthwhile to the basic story, which features a hardboiled New York gal named Gloria who finds herself taking care of a young orphan boy, whose parents, grandmother and sister are murdered in cold blood by a gangster’s henchman. Before being murdered, the boy’s father gives little Nicky a computer disk (a notebook in the 1980 movie) and tells him, “You’re the man now.”

Gloria finds herself protecting Nicky because her ex-boyfriend, Kevin, is the evil gangster who employs the out-of-control henchman. Afraid that Kevin and his people are going to kill the boy, she steals a gun and forces them to strip so that she and Nicky can escape. Gloria is also upset that Kevin does not appreciate the three years in prison she did to save his worthless hide (he takes her apartment while she’s in jail and gets rid of most of her stuff). Of course, Nicky takes back the computer disk before they leave, and the chase starts.

Many critics are unfairly comparing Stone’s performance with that of Gena Rowlands, but she does a good job of portraying Gloria as a younger, more emotional character. Her relationship with the young boy was enjoyable to watch. She also has a nice scene with George C. Scott, who plays a kindly high-level gangster. Stone has no idiosyncratic expressions, unlike Rowlands, who usually seems somewhat unnatural in her roles.

Stone’s performance suffers, however, from a lack of sustained good writing. The scenes in the new movie do not compare to the more noteworthy scenes Gloria’s character had in the earlier movie. Those scenes made the first GLORIA the most accessible movie starring Rowlands.

Jean-Luke Figueroa, who plays the little boy Nicky, is also a more natural, likable performer than the boy actor in the earlier movie. It was easier to sympathize with his character when he makes Gloria’s job of protecting him harder than it has to be.

The new version of GLORIA also lacks the more thrilling aspects of the first. In the earlier version, Gloria knew how to handle a gun, and it was exciting to see her turn the tables on the male hoodlums who under-estimate her. Both movies, however, lack the kind of clever thrills that good action movies, such as BULLIT, THE FRENCH CONNECTION, THE DRIVER, and the first DIE HARD movie, can deliver. A couple plot twists wouldn’t hurt either.

Morally and theologically speaking, the new GLORIA celebrates the compassion that a woman can have for a young child, even one who’s a little recalcitrant. However, love of God and love of one’s fellow man is not the root of Gloria’s compassion in this movie, or the earlier one. This is true even though Stone’s character asks a priest to help her and the boy. Also, Stone’s character is required to spout lots of obscenities and profanities, as if that’s the thing that defines the word “hardboiled.”

It is hard to say what author Dashiell Hammett of THE MALTESE FALCON would say about this, but Raymond Chandler, who wrote a couple essays about the hardboiled character of his own private eye, Philip Marlowe, probably would have thought such language to be destructive of Marlowe’s heroic inner decency. This shows how further from the Garden that Hollywood’s pulp fiction has fallen since the new Ratings Code has been in force.

Writer: Steven Antin BASED ON: The John Cassavetes movie with Gena Rowlands