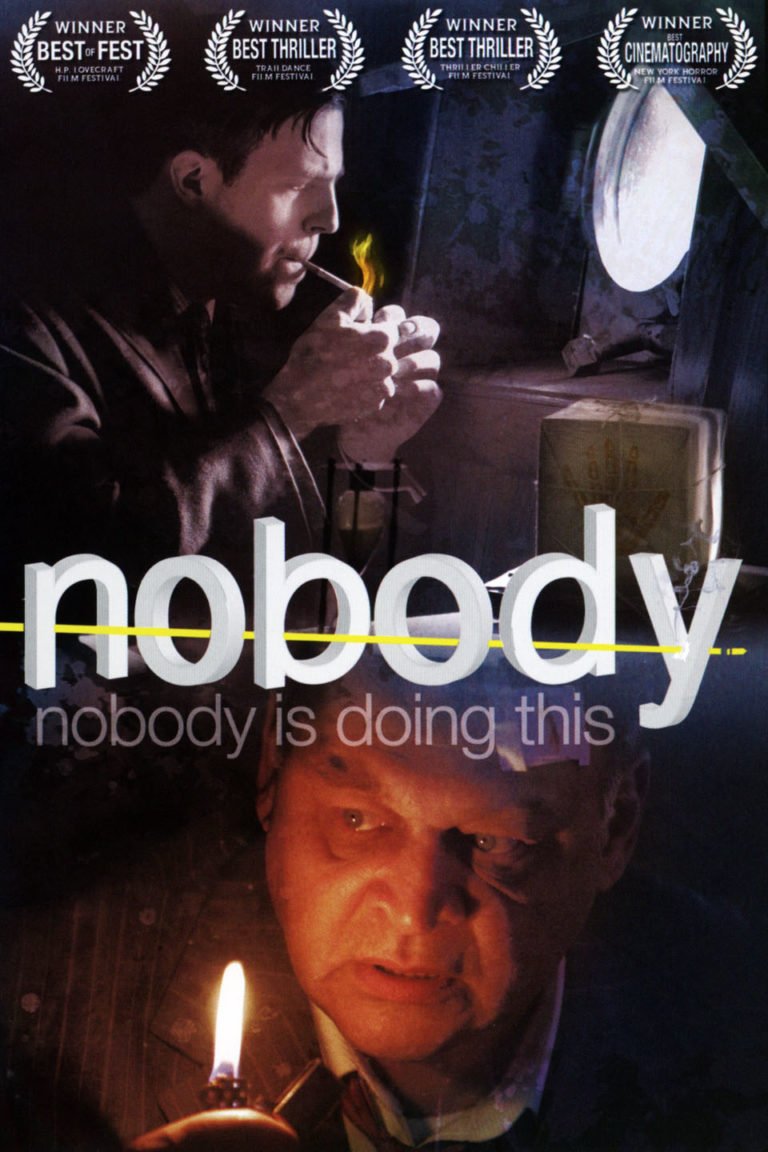 NOBODY is a stylish, at times exciting, suspense thriller from Japan about three young advertising executives who get involved in a deadly game of revenge with three mystery men whom one of the protagonists insults in a bar. To its credit, NOBODY serves as a morality tale warning about the evils of seeking revenge, but it includes some brutal violence, foul language and a strong sexual scene.

Revenge may be sweet, but it also can be deadly. That’s the main message sent by NOBODY, an otherwise flawed Japanese movie that recently began screenings in Los Angeles, Calif. NOBODY is a stylish, at times exciting, suspense thriller shot mostly in the tradition of Alfred Hitchcock.

Three advertising men working for a large company run afoul of three mysterious men in a bar when one of the ad men, Nanbu, insults the plain, “tacky” style of clothes that the other men wear. When one of the other ad men, Konishi, forgets his umbrella, the three mystery men beat him up so bad that he has to go to the hospital. Nanbu convinces Konishi and Taki to seek revenge. By coincidence, they meet one of the other three men in a dark tunnel and beat him up severely, leaving him there. Nanbu, of course, is the one who enjoys beating up the man the most.

With his conscience bothering him, Taki reads newspapers to make sure that the man in the tunnel didn’t die. He finds no reports about it, but suddenly he and the other two men start getting calls from the leader of the three mystery men. The leader tells them that the man they beat up has died. He vows revenge. Konishi suffers another attack, putting him in the hospital. Taki and Nanbu at first lie to the police about it, even though the leader of the mystery men assures them that going to the police will not protect them anyway. He is right, and Taki, who’s cheating on his nice girlfriend with a sexy model, eventually must fight it out to the death with the leader, but not before some nifty twists in the plot.

NOBODY holds down the blood and gore until the final battle between Taki and the leader of the mystery men. A plot twist in the final battle provides perhaps the most extreme violence in the movie. Before that, there’s an exciting shootout between the bad guys, Taki and a policemen who’s decided to help Taki. In between, are two nerve wracking attempts against the lives of Nanbu and Konishi.

To its credit, NOBODY serves as a morality tale warning about the evils of seeking revenge and becoming uncontrollably angry. Regrettably, its final scenes are bloody and brutal enough to rate a strong R rating, although this particular foreign film has not been rated by the Motion Picture Association of America. Also, the movie contains references to implied fornication and one scene of depicted fornication, including upper female nudity. Finally, the three protagonists observe no high moral principles, other than the fact that they are not as sinful as the antagonists. Although the antagonists instigate the violence, the protagonists try to finish it, but begin to realize they’re in over their heads. Also, the movie clearly portrays Nanbu, the worst of the three protagonists, as a mean-spirited hothead. The conceited Nanbu gets out of control at times and even advises his friend Taki to fornicate with other women besides his girlfriend. Taki, of course, eventually gives in to this advice, but he also suffers for his bad decision.

With a little more careful planning, more artistic restraint in the ending, no objectionable content like obscenities and scenes of depicted fornication, and a strong Christian worldview, NOBODY could have been a really first-rate suspense thriller. As it is, the movie deserves a strong caution for adult viewing (no teenagers or children) and is likely to play only small art houses in large cities in the United States and elsewhere, as it did in Los Angeles this June.