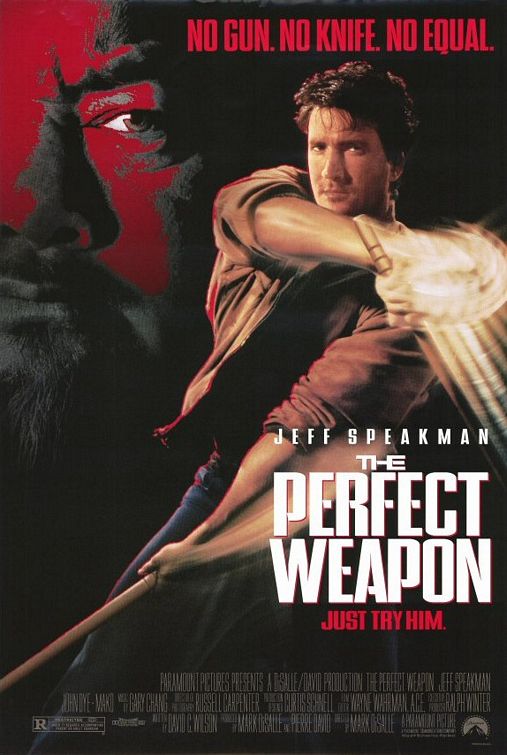 A master of kenpo karate with his own code of honor becomes a one-man army when he sets out to avenge the death of his girlfriend.

There is nothing new in this overworked tale of a martial-arts expert who becomes a one-man army when he sets out to avenge the death of his girlfriend.

Jeff Sanders, with his own code of honor, is a master of kenpo karate. However, for many years he has been a wayfarer, estranged from his family and searching for meaning and purpose. Since leaving home as a teenager after a conflict with his father, Jeff has maintained contact only with Kim, a friend to both Jeff and his father.

When Jeff returns to Los Angeles to investigate the murder of his girlfriend, Kim, he is also confronted with the murder of the man who was his mentor. Jeff, though, is ordered not to interfere by his brother Adam, a police officer.

Discovering that an Oriental underworld crime-lord named Yung is responsible for the killings, Jeff’s quest for justice sets him against his brother and father. The latter also happens to be the police captain, who views Jeff as somewhat of a rebel, prodigal son.

Jeff’s father and brother try to keep him out of the investigation because he is too emotionally involved. Does Jeff obey? Of course not; otherwise, the viewer would have been spared what amounts to a big waste of time. As it is, Jeff seeks retribution outside the law.

Naturally, the villains don’t know what hits them, as Jeff “sound effect” punches his way into capturing and dismantling Yung’s villainous empire. Loaded with violence, the quality of the choreographed fight scenes in this medium-to-low-budget action flick fare about the same. In addition to unlimited violence, the language is extensively offensive, and, of course, the acting poor.

As far as the story goes, no one connected with it seems to have heard of Romans 12:19: “‘Vengeance is mine,’ saith the Lord.” It therefore doesn’t matter if this protagonist has a kind heart or fights for the right reasons. He is still seeking retribution outside the law, a message the film subtly communicates as OK, which the Bible clearly says is not.