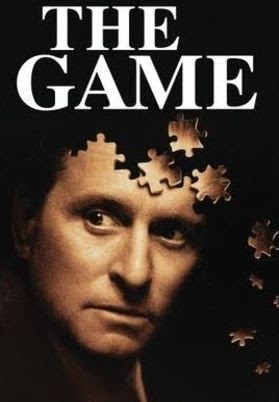 Profanities and obscenity; kidnapping, blackmail and murder; promiscuity, female nudity; and, one intense scene of cremation.

Popular candidate William Arrington has a chance of becoming NYC’s first black mayor. Leon Hunter, a dynamic, sinister public relations executive in a high-powered firm, is assigned the job of spearheading the campaign of Arrington’s opponent. Hunter’s candidate, Carl Rydell, is a white politician suspected of being racist. Although Hunter dislikes Rydell intensely, he accepts the assignment.

A master chess player, Hunter views life as a series of moves and strategies, wins and defeats. He soon begins to view the Big Apple as a vast chess board, and real life characters — from high rollers to an innocent bike messenger — as little more than pawns. Keen on attaining victory in this game, Hunter devises a master plan that involves kidnapping, blackmail and murder. Through subtle scheming and cautious machinations, Hunter single-handedly renders his candidate victorious. However, all is not as it appears to be — Hunter has not made his final move.

Intertwined with the main plot is the relationship between born-again police officer Jason McNair and his racist partner, Ben Egan. Reading the Bible before work, wearing a “Jesus is Lord” T-shirt, and inviting Ben to a church service, Jason tries to influence Ben for Christ. When Ben is charged with murder, Jason must choose between protecting him by lying out of loyalty or telling the truth. Anguished by this dilemma, Jason seeks his pastor’s guidance who relates to him the story of Nathan the prophet who rebuked King David in 2 Samuel 12. The pastor says, “Wrong is wrong and sin is sin. If you the break the law, you are a hypocrite. Then you shall take off that uniform.”

On his way to the courtroom, these lyrics are heard: “I love you Jesus, I do … I’ve got to tell the truth every step I take, every move I make, even if I shake…” Encouraged to stand by his conviction, Jason fingers his partner, confessing, “I know I should have come forward sooner, forgive me.”

THE GAME presents the contrast between two world views. The humanistic world view is summed up by Leon Hunter: “There are no absolutes, only winning matters. Get rid of the ethics and the rest is a piece of cake.” Proverbs 14:12 comes to mind. “There is a way that seems right to a man, but in the end it leads to death.” The biblical world view, however, says that “wrong is wrong and sin is sin,” which is a good start, but lacks the saving grace of Jesus Christ for that sin.

This timely drama, with intrigue, mystery and suspense, has negative and positive aspects. The negative includes: several obscenities and a few profanities; kidnapping, blackmail and murder; promiscuity with female nudity; and, one intense scene of a cremation. The positive includes a wonderful multi-racial, multi-ethnic church service and contemporary Christian music. It was also refreshing not to see Christianity stereotyped. One secular reviewer even commented she was amazed that Christians in the film were not portrayed as hypocritical.

THE GAME is more for your friends who are unbelievers than believers.

Rating: No rating, but should be an R