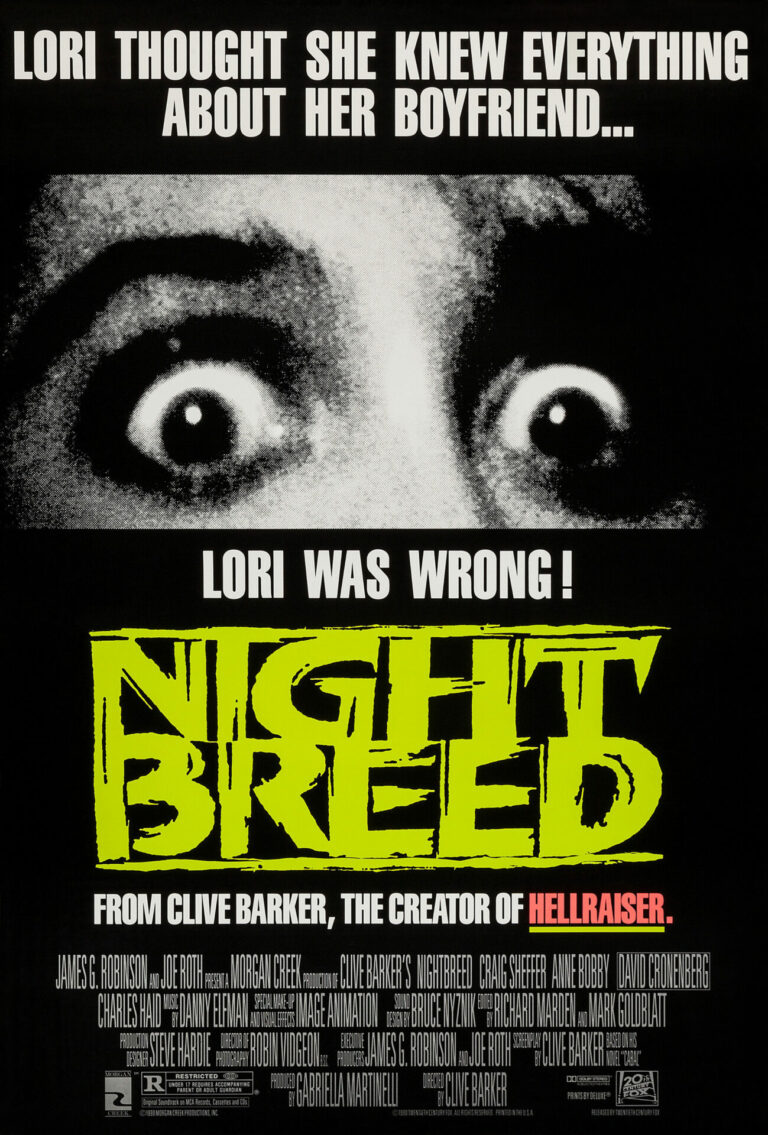 Profanities, obscenities and vulgarities; as well as graphic and gory violence

A psychiatrist tricks a young man into thinking he has committed a series of very nasty murders. The poor guy, seeking refuge from the police, goes underground in a city inhabited by an ancient race of monsters and the living dead.

From the same man who gave us HELLRAISER I & II, Clive Barker has the potential to create extremely frightening sequences and characters, but fouls his pictures with excessive gore and offensive language. Within the first thirty minutes of the film, a woman’s face and neck are graphically slashed, a man’s throat is cut open, and an inmate in a psychiatric ward graphically attempts to cut his face off with a razor. The lead character has a chunk of his shoulder eaten by a fiendish and grotesque monster.

MOVIEGUIDE won’t waste your time or our space on such evil. We review NIGHTBREED because it is being distributed by a major distributor and you need to take a stand against this type of evil by informing your family and friends and by writing the distributor. Needless to say, save your money on this one.