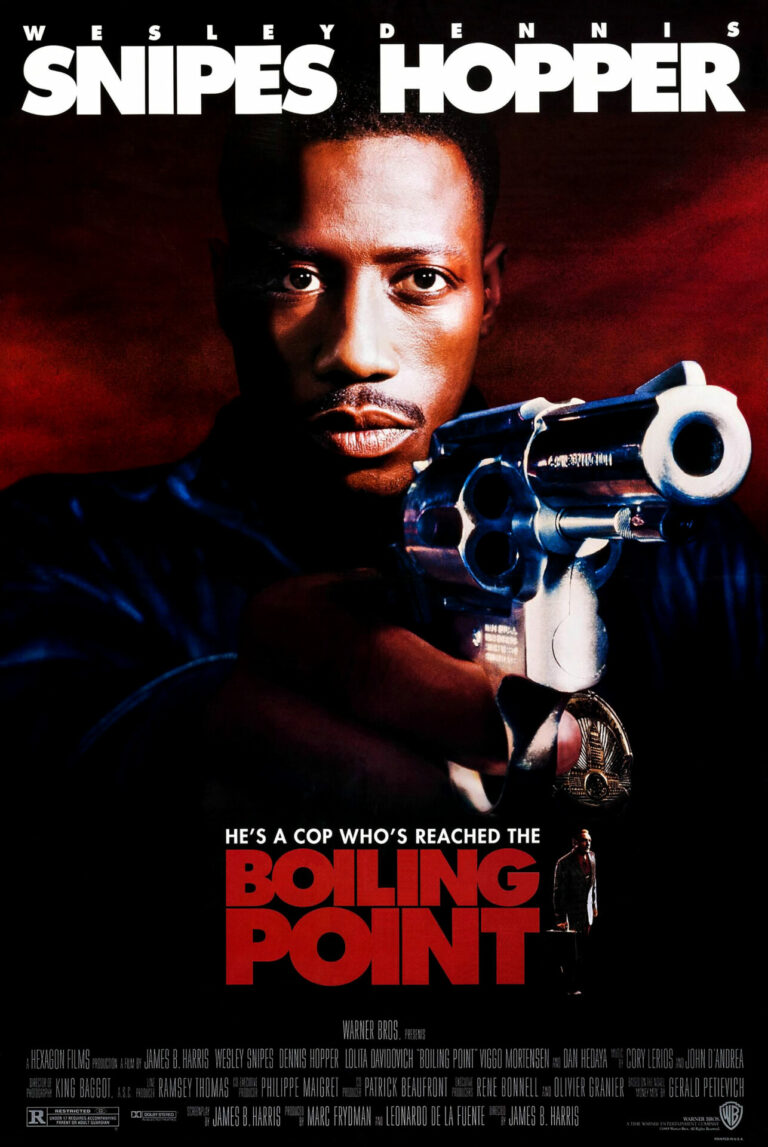 MONEY MEN is a dark crime drama (murder, drugs and revenge) set in a big dark city (New York, mostly at night), and offers no hope or redemption for anyone involved. Dennis Hopper is a small time con man just out of prison and looking to make a big score to pay off his mob debts. Wesley Snipes is the cop with a deadline to catch him when his partner is killed in one of Hopper’s scams. The movie attempts to compare the two adversaries, Snipes and Hopper, by illustrating their similarities, (i.e. unlucky in “love,” common tastes in women, etc.). Hopper uses people and crime to accomplish his goals whereas Snipes uses people and the law to accomplish his. Both are willing to bend the rules and twist the truth for success. Neither shows any hope or hint of change or redemption.

The filming is literally so dark that it is often difficult to see Wesley Snipes’ face. The big band musical score is great and the opening aerial scene of New York city at night is a nice piece of photography. Hopper is believable as the smooth-talking con man, always ready with a confident lie to support his plan. Snipes is ordinary as the brooding cop. MONEY MEN is full of profanity, obscenity, dishonesty, sexual immorality, violence, murder, abuse, and degradation. These are all among the things Christ died to pay for…namely sin. The things that grieve Almighty God should grieve us as well.

Producer: James B. Harris BASED ON THE NOVEL BY: Gerald Petievich