WOMEN OF THE BIBLE

"Rare Look at Some Heroines of the Bible" 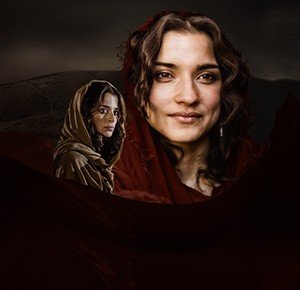 WOMEN OF THE BIBLE provides insight into the lives and faith of several of the Bible’s most prominent women. The combination of narration, commentary and drama bring their stories to life. The unique role they played in God’s plan is explored in depth, and some untold truths allow viewers to see these women in a new light. The documentary begins with Eve and the Fall of Humankind, followed by the story of Sarah and Abraham and the stories of Hagar, Rahab and Delilah before moving on to the Virgin Mary and Mary Magdalene and the life and teachings of Jesus Christ in the New Testament documents.

With WOMEN OF THE BIBLE, Roma Downey and Mark Burnett retain the qualities that they brought to the Bible miniseries on the History Channel. Through special effects and realistic acting, they revisit the stories of several biblical heroines, telling them from the women’s viewpoint. There is some sexual and violent content not suitable for younger children, as well as some minor language referring discussion of immoral acts. Parental discretion is advised, especially for younger viewers.

(CCC, BBB, VV, S, N, M) Christian, Biblical worldview, with many references to faith, morality, God, Jesus, redemption, salvation, and biblical characters and stories, as told from a very strong Christian theological view; no foul language; strong violence includes many depictions of crucifixion, child about to be stabbed to death on sacrificial alter, breaking neck, multiple fatal sword wounds with blood, implied eyes being gouged out, implied infanticide, Pharaoh covered with blood, childbearing pain heard, armies invading city with implied harm towards citizens, temple falls on people and kills them; implied adultery, a couple uses of “whore” and “prostitute,” discussion of lust and sexual immorality, and depictions of couples in bed together or leaving the bed though no sexual act is actually shown, man shows sexual aggression toward a woman; partial but not complete upper female nudity while covered in bed, upper male nudity while in bed with a woman; Roman soldier bullying and some debatable theological and historical points.

WOMEN OF THE BIBLE takes viewers chronologically through the stories of some of the most recognizable female figures of the Bible, as well as those who are only briefly mentioned. It centers on the premise that when God created humanity, he meant for men and women to be on equal footing, but the fall of man upset that balance, causing women to be undeservedly repressed and pushed into the background. This is especially true of biblical times.

Even though women aren’t featured quite as prominently as men in the Bible, their roles were just as important in the fulfillment of God’s purposes. Eve in the Garden of Eden is briefly used to set up the rest of the documentary, as it quickly moves onto the story of Sarah and Abraham. Her, it focuses on Sarah’s faith, then lack of faith which led to the splintering of the Jewish nation and the establishment of one of its worst enemies. It then continues to the story of Rahab at Jericho, the background role that Samson’s mother played in his life, and Delilah’s betrayal before delving into the New Testament.

Once the series arrives at Jesus Christ’s story, it parks there for the second half of the documentary, exploring the intricacies of Mary’s faith in bringing the Son of God into the world, and the extraordinary favor that God placed on her life. Perhaps the most interesting and relatable story to modern women is that of Mary Magdalene who (those interviewed in the documentary claim) is often mistaken for a prostitute when no such evidence is presented in the Bible. Furthermore, her untold story of following Jesus along with his disciples is brought to light, and the example Jesus set as he treated her on equal terms with the men that followed him. This unique relationship becomes one of the key components that unlocks women from the repression they had been under since Adam and Eve sinned in the Garden of Eden.

WOMEN OF THE BIBLE is visually stunning in many respects with its special effects rivaling those of a feature film. The actors do an enticingly good job of bringing two-dimensional prose stories to life. The narration by Roma Downey brings a familiarity to these faith-based tales, and the commentary done by an entirely female contingent of Christian giants in the modern church is a nice touch.

However, a few points of their commentary have been historically proven to be inaccurate, calling into question their qualifications to be commenting at all. Two hours is also a long time to cover a lot of ground, and it would have been nice to focus on the stories of more women, particularly the ones that don’t get as much attention, such as Deborah, the fourth Judge of Israel in the Old Testament. Instead, it draws out the stories of the ones chosen and wastes precious time that could be spent giving us a more complete picture of women in the Bible. Finally, given the quality of the rest of the production, one would like to see a more faithful depiction of the ethnicity of the region instead of letting actors who are obviously of European descent play such pivotal roles.

While there is no foul language, there are multiple mentions of whore and prostitute in regards to some of the female characters in the Bible. Some sexual immorality is discussed and depicted through re-creation of the biblical stories. There is also a fair amount of violence, including fight scenes with various weapons used to kill, and multiple scenes of Christ’s crucifixion as well as the Roman soldiers whipping Him. Some scenes may be too grotesque for younger viewers. The content of WOMEN OF THE BIBLE is most appropriate for teenagers and adults. Discretion should be used for younger children.

Watch WOMEN OF THE BIBLE: