"If Only Time Travel Could Save Us from This Movie" 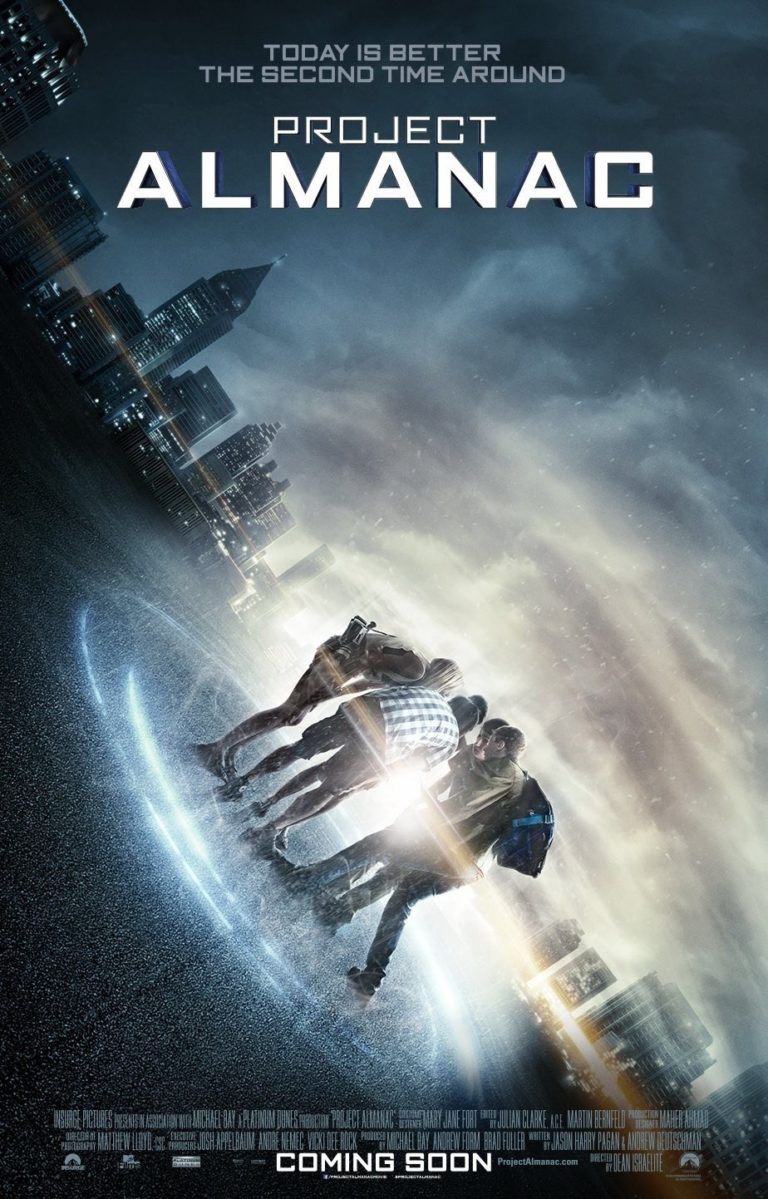 PROJECT ALMANAC is a found footage time travel movie about a group of teenagers that makes a big mistake when they try altering the past. David is a high-school student trying to get a scholarship at MIT. His two friends, Quinn and Adam, are there to help him get into the top college. David assigns his sister, Christina, to film their every step on a video camera, which becomes the viewer’s point of view. When they come across a time machine that David’s father designed, they build it and use it to better their lives, but terrible consequences follow.

PROJECT ALMANAC has an interesting storyline. In fact, as far as found footage movies go, it’s one of the more entertaining ones. However, the second act becomes increasingly boring as the conflict fades and the teenagers start focusing on enjoying their powerful new machine. The teenage melodrama gets tedious and the teenage revelry becomes annoying. While there’s a light moral message overall, PROJECT ALMANAC has too much foul language and lewd content to make it appropriate for teenagers. So, MOVIEGUIDE® advises extreme caution.

(B, Pa, LLL, V, SS, N, M) Light moral worldview about owning up to mistakes and not trying to change the past if it hurts other people, but mitigated by pagan immorality; at least 60 obscenities (mostly “s” words plus one “f” word) and 27 profanities (including a few misuses of name of Jesus); very little violence, news reports of fires and plane crashes, at the end the protagonists hands get a little cut up; lots of references to sex and implied sex between teenagers, the couple cuddles in bed, reference to masturbation, the camera ogles a few girls in skimpy outfits, some kissing; upper male nudity, girls in bikini, a girl in a bath towel; teenagers casually drink from glass bottles, but it’s not clear if it’s alcohol or soda; no smoking or drugs; and, teens steal hydrogen from their school.

PROJECT ALMANAC is a found footage time travel movie that follows a group of teenagers that makes a big mistake when they try to alter the past. There are moral aspects to the story, but they are severely mitigated by lots of foul language and lewd references.

David Raskin is a high-school student who’s trying to get a scholarship at MIT. His two best friends, Quinn and Adam, are there to help him get admitted. David assigns his sister, Christina, to videotape their every step on the video camera, which is the audience point of view.

When David gets into MIT, but doesn’t receive a full ride, his widowed mother decides to sell the house to pay for David’s college. Rummaging through his dad’s old engineering ideas to see if he can find something that will help pay for MIT, David and Christina find an old video camera of David’s seventh birthday party. While looking at the footage, they see something extremely strange: David sees his grown self in the background on a mirror.

The group of friends starts investigating how David shows up in the old footage. This leads them to his father’s old workstation in the basement. Hidden in the floor, they uncover a machine with blueprints saying it’s a time machine. With proof that it already works, they go about building it. Along the way, the pretty girl from school, Jessie, who David likes, is roped into the group because they need her hybrid car as an energy source.

When the machine is finally built, they start testing it in little ways. Quinn wants to retake a Chemistry test he failed. Christina wants to stand up for herself when being bullied. They start progressing even further, using the time machine to help them win the lottery and become super popular at school after they party hard at the giant Lollapalooza concert.

When the awkward David misses his opportunity to kiss Jessie at Lollapalooza, he feels he may never have another chance again. So, David decides to break one of their major rules and go back in time by himself to retake that opportunity to kiss Jessie. A ripple effect of tragic events takes place because they changed the timeline. David has to figure out a way to fix everything before it’s too late, and more people get hurt, or even killed.

PROJECT ALMANAC has an interesting storyline. In fact, as far as found footage movies go, it’s probably one of the more entertaining ones. However, while the first half is suspenseful, the second act becomes increasingly boring as the conflict fades and the teenagers primarily focus on enjoying their new powerful machine. The teenage drama between David and Jessie is tedious. Clearly targeted at high school students, this “live in the moment” morality tale becomes trivial when it could have been epic. The ending satisfies, but the journey is bloated and sometimes static.

The movie’s message is all about seizing important moments, realizing the consequences of our actions, and, ultimately, owning up to those consequences and making the right decision. Along the way, however, the teenage characters curse abundantly, party hard and fool around. It’s a sad reflection on today’s American youths and clearly a bad representation of what teenagers should aspire to be. PROJECT ALMANAC isn’t a positive movie for teenage moviegoers; its foul language and lewd references warrant extreme caution.