"Saving Lives Is Worth the Risks" 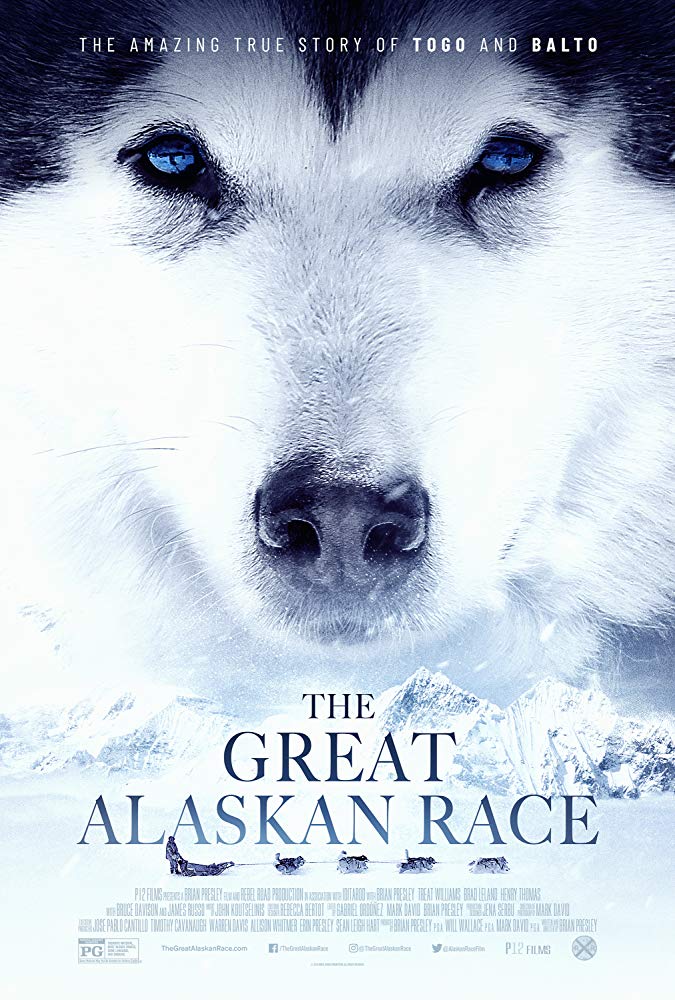 Set in 1925, THE GREAT ALASKAN RACE is an adventure about people who are determined to save the children of their small Alaskan town from a rapidly spreading disease. When they can’t get the medicine they need by aircraft, several brave fathers volunteer to deliver the medicine by dog sleds. These men put their lives in jeopardy to save their families. The movie focuses on one brave man and his sick daughter.

THE GREAT ALASKAN RACE is very uplifting. It’s filled with positive themes of community, family love, sacrifice, and the value of all life. There are many pro-life messages urging people to see life as worth saving. The community in the small Alaskan town bands together in a time of crisis to help one another and to pray. The people have hope and faith that the medicine will be delivered and that the children will be saved miraculously. Despite these Christian messages, the movie also contains some problematic mystical elements of Eskimo religion. There are also several light obscenities. So, MOVIEGUIDE® advises caution for older children for THE GREAT ALASKAN RACE.

(BB, CC, FRFR, L, V, M):
Dominant Worldview and Other Worldview Content/Elements:
Strong moral worldview with a value on human life and containing some strong Christian content extolling prayer and faith, mixed with some false religion and mysticism such as it is said that every living thing has a spirit, a narrator goes on to say that to take a life (such as kill an animal for meat) you first have to honor their spirit and thank them for their sacrifice, and the native Alaskan people in the movie believe in a spirit that’s part wolf and part bear and takes souls to their grave
Foul Language:
Two “d” obscenities and one “h” obscenity;
Violence:
A man hunts animals, a man shoots a bear and covers himself with blood
Sex:
No sex
Nudity:
No nudity
Alcohol Use:
A woman and her father stock up on alcohol bottles and a man drinks what appears to be an alcoholic beverage Smoking and/or Drug Use and Abuse; No smoking or drug use; and,
Miscellaneous Immorality:
A man yells at his daughter for something she said that he doesn’t like to hear.

THE GREAT ALASKAN RACE is an inspirational true story based on historical events occurring almost 100 ago. In 1925, brave men and dogs fought the winter Alaskan storms to deliver serum to a small town to save people’s lives. The story was broadcast all over North America, and, in 1973, the Alaskan people decided to honor the event by hosting a dog sled race each March.

THE GREAT ALASKIN RACE is about a small Alaskan town, Nome, where the children start to fall ill and die of Diphtheria, but they have no medicine there and have to figure out how to transport serum in the dead of winter. The movie follows Leonhard Seppala, “Sepp,” who volunteers to be one of the men to help transport the serum by dog sled to save his daughter. Sepp lost his wife from the flu outbreak of 1918. So, he does everything he can to save his daughter.

When Sepp’s wife dies, he believes her death was caused by a spirit, a half bear and half wolf who led her to her grave. Sepp decides to go out and kill the spirit, but he only finds the bear and not the wolf. Sepp believes the wolf will turn up one day, and it turns up in the most unexpected way.

Although Sepp hunts some animals, he really values his dogs and especially his 12-year-old husky, Togo, which is his lead dog. Sepp and Togo have a very close bond.

Sepp not only has a good connection with his dogs, but also with his daughter, Sigrid. Sepp is portrayed by Brian Presley, and Sigrid by Emma Presley, who are a father and daughter duo in real life and maybe that’s why their bond translates so well on screen. There is one moment, though, where Sigrid says something Sepp doesn’t like, and he yells at her. Other than that, he’s a loving and caring father.

After losing his wife, Sepp vows to always take care of his daughter. His daughter is his whole world, and he says before he leaves on his journey that he won’t let anything happen to her. The movie conveys an important message about the value of family and it asks viewers the question, “How far would you be willing to go to sacrifice for your family?” Sepp and several other men risked their lives to save their families and their communities in a noble and brave act of selflessness.

THE GREAT ALASKAN RACE is a very uplifting action adventure filled with many positive themes of community, family, love, sacrifice, and the value of all life. There are many pro-life messages throughout the movie pointing out how we need to see life as something that’s worth fighting for. The community in the small Alaskan town bands together in a time of crisis to help one another and to pray. The people have hope and faith that the medicine will be delivered to them, and the children will be saved by a miracle. Finally, the movie stresses the importance of having faith in trying times.

Despite the movie’s positive Christian messages, THE GREAT ALASKAN RACE also contains some problematic mystical elements. The native Alaskan people believe every living creature has a spirit, but according to the Bible, only human beings have a spirit. The movie also says there’s a spirit that’s part wolf and part bear and takes souls to their grave. Because of this mysticism and brief but light foul language, MOVIEGUIDE® advises caution for older children.