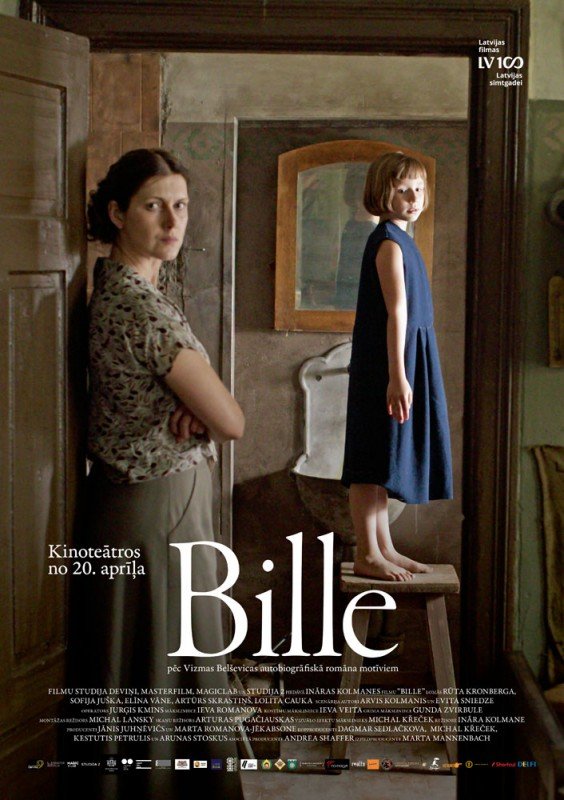 BILLE [“Billie”] is a beautiful, award-winning drama released in 2018. The story concerns a famous Latvian poet, Vizma Belševica, and her childhood in Latvia in the late 1930s. Bille’s family is very poor. Her father is often drunk. He earns money selling wine from a winery. Her mother has become tough as nails and seems contemptuous of Bille. The father and mother argue often. However, Bille is smart and kind, despite being taunted by girls in her school. Will Bille survive acute poverty and her humble family? Will her parents reconcile? Will love triumph?

BILLE opens with a line from one of Vizma’s poems, where she says trees are blessed, except for one variety that’s cursed by the Devil. This Christian theme is woven throughout the story. The acting is realistic. The photography is extraordinarily beautiful, even though the movie takes place in a small area. Like many European movies, however, the jeopardy waxes and wanes, and the movie includes many non-essential storylines. Despite that, BILLE is fascinating for its genre, a great insight into life in a very foreign European environment in the 1930s.

(CC, BB, L, V, AA, M):
Dominant Worldview and Other Worldview Content/Elements:
Strong Christian worldview with prayer, church, statements about being blessed and the Devil, Lutheran baptism, with the theme of going to Heaven and strong moral content such as rebuking drunkenness, commending the family, overcoming poverty, and many other moral messages;
Foul Language:
One light profanity;
Violence:
No overt violence but strong psychological violence, especially the relatives telling Bille she’ll never amount to anything, the father threatens the mother, and the possibility of getting lost in the woods with resulting life and death situations;
Sex:
No sex scenes or sexual immorality, but some marital kissing;
Nudity:
No nudity;
Alcohol Use:
Alcohol use and some drunkenness;
Smoking and/or Drug Use and Abuse:
No smoking or drugs; and,
Miscellaneous Immorality:
Mother is very hard-edged, girl in school attaches title character’s dress to a seat and the dress tears, and some other childish pranks.

Note:  BILLE has yet to be released in the United States. It has only been released in Latvia.