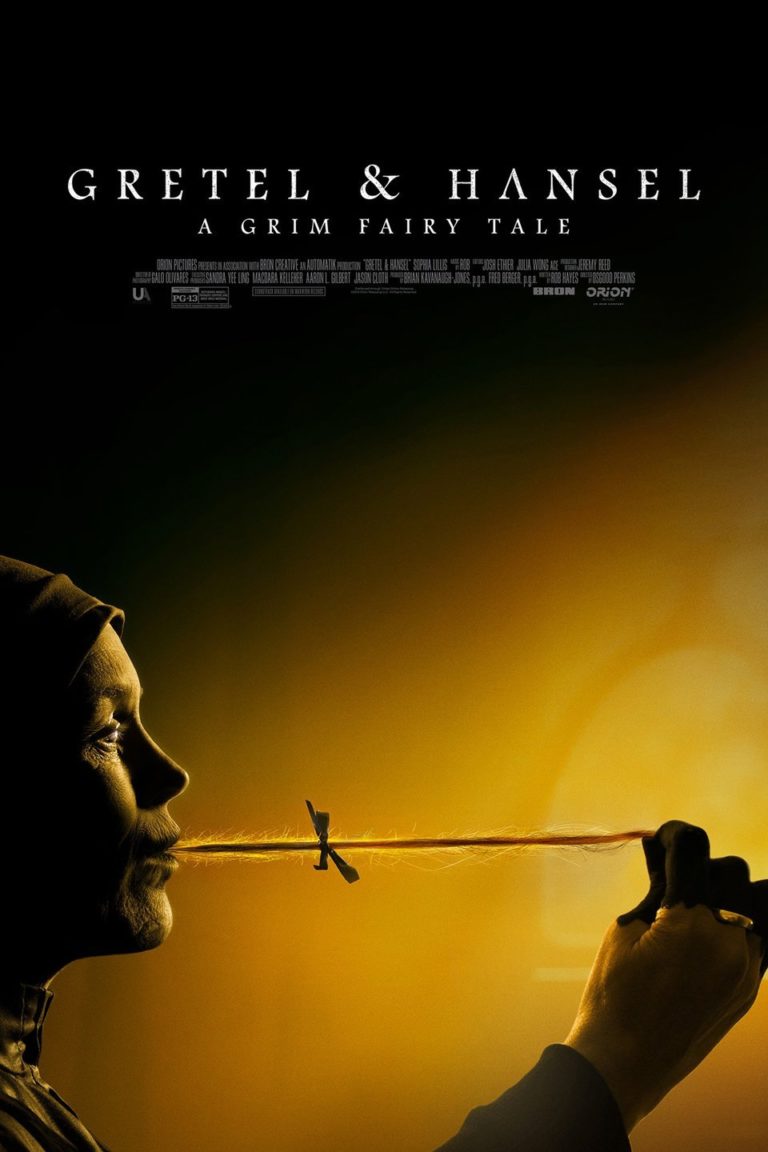 GRETEL & HANSEL is a dark envisioning of the famous fairy tale. Set in a medieval age, Gretel is a 16-year-old girl who takes care of her 8-year-old brother. Their widowed mother is a disturbed person. She kicks them out of the house, leaving them vulnerable to starvation. A kindly huntsman gives them some food and a map to a place where Gretel can find honest work, food and shelter. Hansel and Gretel stray from the path but are taken in by a generous but creepy elderly woman. The woman turns out to be an evil, cannibalistic witch. Gretel must use witchcraft to defeat her.

GRETEL & HANSEL applies an arthouse style toward this horror version of the famous fairy tale. It’s too weird and boring to be entertaining. Worse, it adopts an occult worldview and mixes it with a feminist subplot of “female empowerment.” It even ends with a speech by Gretel about finding personal fulfillment and being true to herself as a witch. The occult, feminist worldview in GRETEL & HANSEL is abhorrent and contains some slightly extreme, scary violence.

(OOO, FeFeFe, B, L, VVV, S, MM):
Dominant Worldview and Other Worldview Content/Elements:
Very strong occult, feminist, godless worldview where teenage girl learning witchcraft and herbal concoctions from an elderly evil witch must use “good” magic to defeat the evil witch using black magic for nefarious purposes
Foul Language:
One “h” obscenity
Violence:
Some very strong, scary violence and implications of violence and other scary references to violence includes witch dumps a pile of human organs on a table, and the organs turn into a food feast, cannibalism strongly implied, possessed demoniac is shot through the head with an arrow, possessed demoniac runs after 16-year-old girl and her 8-year-old brother and grabs the brother before huntsman kills demoniac, boy is put into a trance, and he starts climbing stairs to a cage that sits above a large rectangular box of fire below, multiple menacing and scary, sometimes violent, visions, and teenage girl magically animates a wooden staff with a “Y” design at the top to hold down an evil witch and eventually break her neck, after which a raging fire consumes her body
Sex:
Middle-aged man interviews 16-year-old to work at his estate, but he asks her about her virginity (giving the impression he wants more from her than just honest work), and the girl refuses to take the job and leaves, and a kindly huntsman makes a light reference to helping the teenage girl find honest work where she can avoid being sexually taken advantage of by men
Nudity:
No nudity
Alcohol Use:
No alcohol use
Smoking and/or Drug Use and Abuse:
No smoking or drugs; and,
Miscellaneous Immorality:
Strong miscellaneous immorality includes deception and trickery, and widowed mother is disturbed and kicks her two children out of the house, which makes them vulnerable to starvation and being hurt by men with evil intent.

GRETEL & HANSEL is an occult envisioning of the Hansel and Gretel fairy tale where Gretel learns witchcraft to overcome the evil witch trying to eat her brother. GRETEL & HANSEL is a boring, violent medieval horror fantasy with a strong, abhorrent occult worldview promoting witchcraft as a viable pathway toward “female empowerment.”

In the re-imagined story, Gretel is the teenage sister of Hansel, a young boy who dotes on his older sister. Gretel tells the boy a story about a young girl with special gifts who was kicked out of a village because she used witchcraft to hurt other people. The movie shows images from the story as Gretel tells it to her brother.

Hansel and Gretel’s father has died, however, and their mother has gone insane. Though the exact nature of her insanity is confusing in the story, their mother kicks them out of the rundown farmhouse. If they don’t find something to eat soon, they will starve to death.

Gretel thinks they might get some help from the next farmhouse one or two miles away. The farmhouse seems empty, but when they go inside, they are attacked by a crazed person who seems possessed. Outside, as the man attacks Hansel, a kindly huntsman shoots an arrow through the madman’s head. The huntsman gives Hansel and Gretel some food and draws them a map to a village where Gretel can find some honest work and get food and shelter.

However, Gretel and her brother stray off the map and run into an apparently unoccupied house with a table full of luscious food, a veritable feast. They enter the house. Then, the owner of the house, an elderly woman, suddenly shows up, but she doesn’t begrudge Hansel and Gretel eating her food. In fact, she invites them to stay. Thankful for the food and shelter, Hansel and Gretel offer to help around the homestead with housework and outdoor work. Meanwhile, the old woman appears to have a knack for herbs, potions, witchcraft, and the like and begins to teach Gretel, who also seems to have a knack for it.

Despite the old woman’s pleasantries, Gretel starts having terrible nightmares and dark visions, some of them involving the little girl in her story and some of them involving other children. Slowly, she eventually discovers that the old woman has been killing and eating the children who show up at her door and doing other gross things. Gretel decides to use her own knack for potions and witchcraft to fight the evil witch and stop her from killing and eating her little brother.

GRETEL & HANSEL applies an arthouse style toward this horror version of the famous fairy tale. It’s too weird and boring to be entertaining or exciting. Worse, however, it adopts an occult worldview toward the story and mixes it with a feminist view of “female empowerment.” Thus, the movie ends with a speech by Gretel about discovering her destiny, seeking personal fulfillment and being true to herself. Along with this, however, it becomes clear that, like the old woman, Gretel is becoming a powerful witch herself. Thus, GRETEL & HANSEL is like a coming-of-age story mixed with a story about a white witch, or “good” witch, who overcomes a “bad” witch and finds personal fulfillment. This is still an abhorrent endorsement of the evils of witchcraft, which the Bible thoroughly condemns as evil in Deuteronomy 18:10-12 and other passages. GRETEL & HANSEL also contains some slightly extreme violence.

There are many good and valuable Christian resources concerning occultism and witchcraft, but MOVIEGUIDE® highly recommends this recent article from the Christian Research Institute, which discusses the dangers of occultism and witchcraft and how to combat it, “Infiltrated: Recognizing and Responding to Occultism in Your Church,” by John D. Ferrer, Oct. 30, 2019, https://www.equip.org/article/infiltrated-recognizing-and-responding-to-occultism-in-your-church/. Some people still scoff when Christians warn against witchcraft, but the popularity of pagan Wiccan witchcraft in modern society is a real phenomenon. Our editor actually ran into a small coven of witches and warlocks at Northwestern University in the early 1980s. One of the pagan gods that the group worshipped was called the “Great Horned God,” the major Wiccan god who is actually a symbol of Satan. The coven included both men and women, but it was clear that the left-leaning group saw witchcraft as a way to oppose the alleged “sexism” in Christianity and “empower” the modern women in the group. Of course, in reality, the Early Church actually liberated many women in Ancient Rome and elsewhere from much oppression in ancient pagan societies all over the world. Christian parents should assure their daughters that taking part in the Body of Christ and studying/practicing biblical truth through Jesus Christ is the best way to liberate the female sex and bring them abundant life (John 10:10). God has designed men and women to complement one another, not to separate into hermetically sealed little groups.