"Fighting for Justice Through Christ" 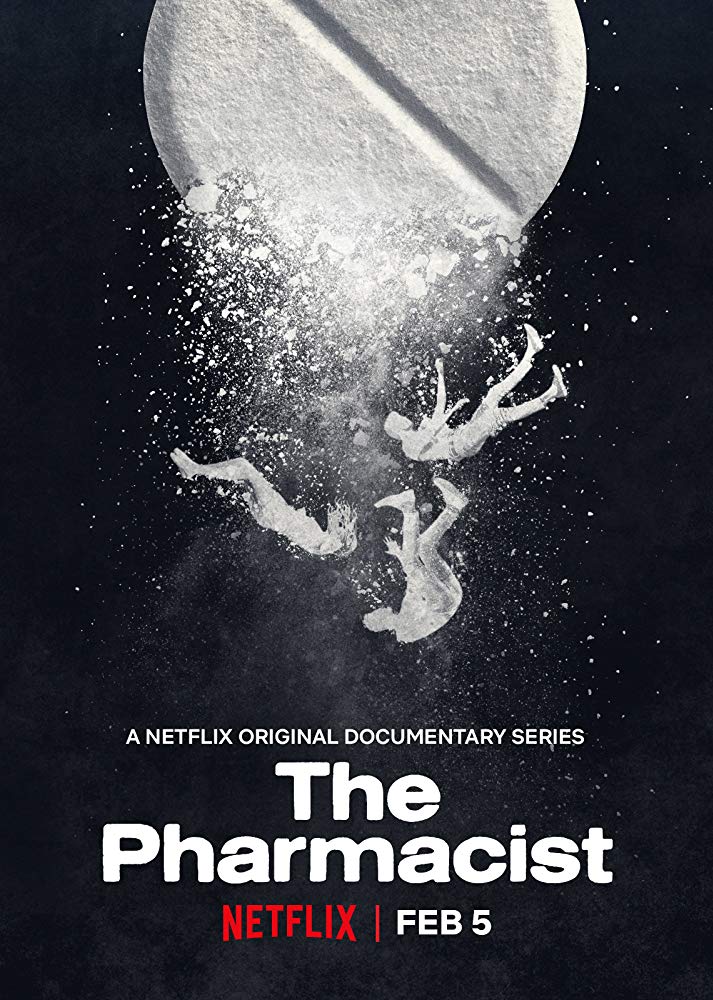 THE PHARMACIST is a four-part documentary series on Netflix. Dan Schneider struggles with the loss of his son from a drug-related shooting and takes it upon himself to find his son’s killer. Once the case has been solved, Schneider returns to work only to find out that the amount of opioid prescriptions has skyrocketed. As a result, he takes matters into his own hands to fight corruption against unethical doctors and billion-dollar pharmaceutical companies. Although he is one man, Schneider makes a tremendous positive impact in his community.

THE PHARMACIST has an original storyline and is extremely captivating and ultimately inspiring. Although it contains heart-wrenching moments, the story is informative and stresses the evil repercussions of drug addiction. There are strong Christian, redemptive, moral elements as Schneider promotes ethics in medicine and often discusses his Christian faith. The documentary covers heavy subjects, including references to murder and drug abuse, and has strong foul language. Also, some scenes could be disturbing even for adults. So, although THE PHARMACIST overtly promotes prayer, reliance on God, truth, and fighting for justice, MOVIEGUIDE® advises extreme caution.

(CCC, BBB, L, V, DD, M):
Dominant Worldview and Other Worldview Content/Elements:
Very strong Christian, redemptive, moral worldview stresses and promotes prayer, reliance on God, fighting for justice and what is right, fighting against corruption, forgiveness, hope, fighting to correct and overcome evils, plus mentions of Heaven and redemption through Christ, a character says, “God loves the truth,” there’s imagery of an angel, a cross is shown, a character talks about hope, images of Jesus, and a character asks God for guidance
Foul Language:
Several obscenities in each episode (sometimes including one or two “f” words) and no strong profanities
Violence:
Implied dead body under blanket and drug overdoses shown in one episode and gunshot heard, a bloody hand shown and a murder description in another episode
Sex:
No Sex
Nudity:
No nudity
Alcohol Use:
No alcohol use
Smoking and/or Drug Use and Abuse:
Cigarette smoking in one episode, drug use and drug abuse are mentioned repeatedly but rebuked, and smoking crack is shown two or more times overall, but not overtly promoted; and,
Miscellaneous Immorality:
Some brief lying, corruption but rebuked, and bad role models.

OVERVIEW REVIEW: THE PHARMACIST, a four-part documentary series on Netflix, follows the journey of Dan Schneider, a Christian pharmacist who lost his son in a drug-related shooting, then discovers that the drug epidemic is growing in his town and decides to combat the problem himself. The documentary has an original storyline and is extremely captivating and ultimately inspiring. Although it contains heart-wrenching moments, the story is informative and stresses the repercussions of drugs. Even though drugs, murder and drug abuse are the movie’s focus, they are presented in a manner that isn’t too graphic or sensationalistic.

The story begins as Dan Schneider, the father of a young man killed in a drug related shooting, grieves the loss of his son and wants to solve the case. After almost no cooperation with the police, Dan takes matters into his own hands and decides to find his son’s killer. He begins his own investigation walking door to door, calling potential witness, and garnering up cash for a reward. Although it’s not easy, Dan turns to his family and to God for support during the difficult time.

The story takes a diversion after Schneider finds his son’s killer, and the case is solved. Once Schneider returns to work at the pharmacy, he notices that the same “Dr. Cleggett” has prescribed large amounts of oxycontin to hundreds of patients. When overdoses start taking place in the community, he fears that thousands of teenagers and adults are at risk. Schneider begins to take matters into his own hands once again to stop the doctor who is practicing unethical medicine.

Schneider also contacts the FDA and DEA in hopes to stop the corrupt opioid doctor. However, he doesn’t realize how involved the process is and must have key evidence to shut down her operation. In addition, big pharma companies continue to market and produce dangerous opioids despite the growing statistics in addiction and overdose. Will Dan Schneider find the evidence he needs to finally shut down Dr. Cleggett’s operation?

THE PHARMACIST has an original storyline and is extremely captivating and entertaining. Although it contains heart-wrenching moments, the story is informative and stresses the evil repercussions of drug addiction.

THE PHARMACIST contains a strong Christian, moral worldview. The documentary promotes prayer, reliance on God, faith, hope, and forgiveness. Also, a character says at one point, “God loves the truth,” and a character asks God for guidance at another point. Fighting for justice and what is right is the overarching theme throughout the entire series. Dan Schneider makes it his life mission to fight against corruption and to correct and overcome evil.

That said, there’s some content in THE PHARMACIST that may not be suitable for younger viewers. This includes scenes that show drugs, drug abuse and clips of overdoses. In addition, there is violence and brief strong foul language in each episode. This documentary isn’t appropriate for children, and some scenes could be disturbing even for adults. Therefore, MOVIEGUIDE® advises extreme caution for THE PHARMACIST.