"How Will You Heal?" 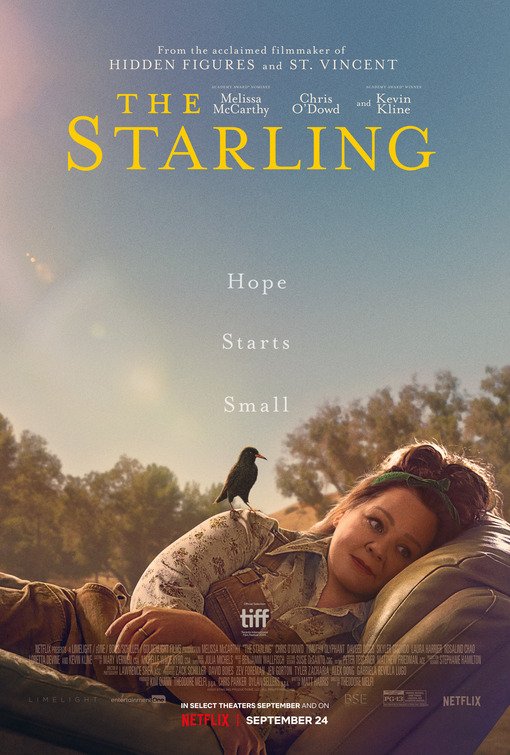 (CC, BB, LLL, VV, S, A, DD, M):
Dominant Worldview and Other Worldview Content/Elements:
Mixed Christian and moral worldview where a woman watches a pastor speak about being present for others on TV, a New Testament scripture quoted, and a woman encourages a friend to see a pastor
Foul Language:
25 obscenities (including two “f” words), one Jesus profanity, five light profanities, and some bird excrement
Violence:
Woman bleeds on her forehead after a bird pecks it multiple times, a dog undergoes surgery to get neutered, man pushes someone down out of anger but apologizes, and the man who fell isn’t harmed, woman tries to harm a bird with poison and by punching and by throwing a rock, and woman falls flat on her back off a ladder but doesn’t get too injured
Sex:
Dog humps a woman’s leg, married couple kisses on the mouth
Nudity:
Naturalistic animal nudity
Alcohol Use:
Social drinking, and one instance where a vet wants a bottle of gin to calm his nerves
Smoking and/or Drug Use and Abuse:
Character smokes an electronic cigarette and takes prescription drugs for his mental health, and a woman mentions marijuana; and,
Miscellaneous Immorality:
Marital discord is caused by grief and some lying.

THE STARLING follows the grief of two parents after their infant daughter’s sudden death. THE STARLING has a strong Christian, moral worldview that beautifully honors the grieving process and shows good overcoming hardship, but MOVIEGUIDE® advises extreme caution for slightly excessive foul language.

The movie begins with a married couple, Lilly and Jack Maynard, as they paint their daughter’s nursery. Jack says he had a dream about their baby’s future, and Lilly laughs in adoration. Cut to present day. Lilly works at the local grocery store, but Jack is nowhere to be found, until a few minutes later in the movie when she goes to visit him at some type of rehab place.

Viewers come to learn that their daughter died a year ago of SIDS (Sudden Infant Death Syndrome). In response to her death, Jack wanted to follow suit and one day, went to sleep in a closed garage with the car running, until Lilly found him and got him to the rehab facility. Meanwhile, she lives on their property with plenty of daily reminders of the life she could have lived if her daughter had lived.

In the movie’s first few scenes, one of the rehab workers recommends to Lilly a man who can help her deal with her emotions. Reluctantly but slightly desperate, Lilly goes to see the man, Larry, but he’s not what she expects. In fact, he’s a veterinarian who’s put his counselling days behind him. Happily, for Lilly, she has a bit of a bird problem at home.

Repeatedly, a starling bird keeps literally running into Lilly’s face. Now she has a reason to see Larry, since he’s a vet, and work through some of her grief and trauma, even though it’d be easier to stay numb. It’s obvious she’s ready to have some semblance of a normal life again.

Meanwhile, Jack grapples with needing to take medication and overcome, without being a father. When Lilly visits Jack one day, she mentions she got rid of all the things in their late daughter’s nursery. In response, Jack alerts his handlers that he’d rather not see Lilly for a while.

Where will these characters find the healing they so desperately crave?

Without question, THE STARLING would have been harder to make if not for CGI, which the movie uses to animate the birds. THE STARLING has some sweet chuckle-worthy moments that break up the heavy themes of grief and moving on after grief. Melodic music accompanies the movie’s tone as well, which leading stars Melissa McCarthy (SUPERINTELLIGENCE), Kevin Kline (THE PINK PANTHER) and Chris O’Dowd (THOR: THE DARK WORLD) perform brilliantly. THE STARLING might be hard for parents to watch, since it deals with the loss of a child, but its raw script beautifully honors the grieving process, and, ultimately, the good that can result after hardship.

THE STARLING has a strong Christian, moral worldview. From early scenes in the movie, it’s clear that pastoral care and church are seen as good things, especially in the light of loss. Positively too, Scripture gets read on TV, and the movie stresses themes of friendship, taking care of others and animals, and reconciliation. However, MOVIEGUIDE® advises extreme caution for slightly excessive foul language in THE STARLING.

“Look at the birds of the air, that they do not sow, nor reap nor gather into barns, and yet your heavenly Father feeds them. Are you not worth much more than they?”