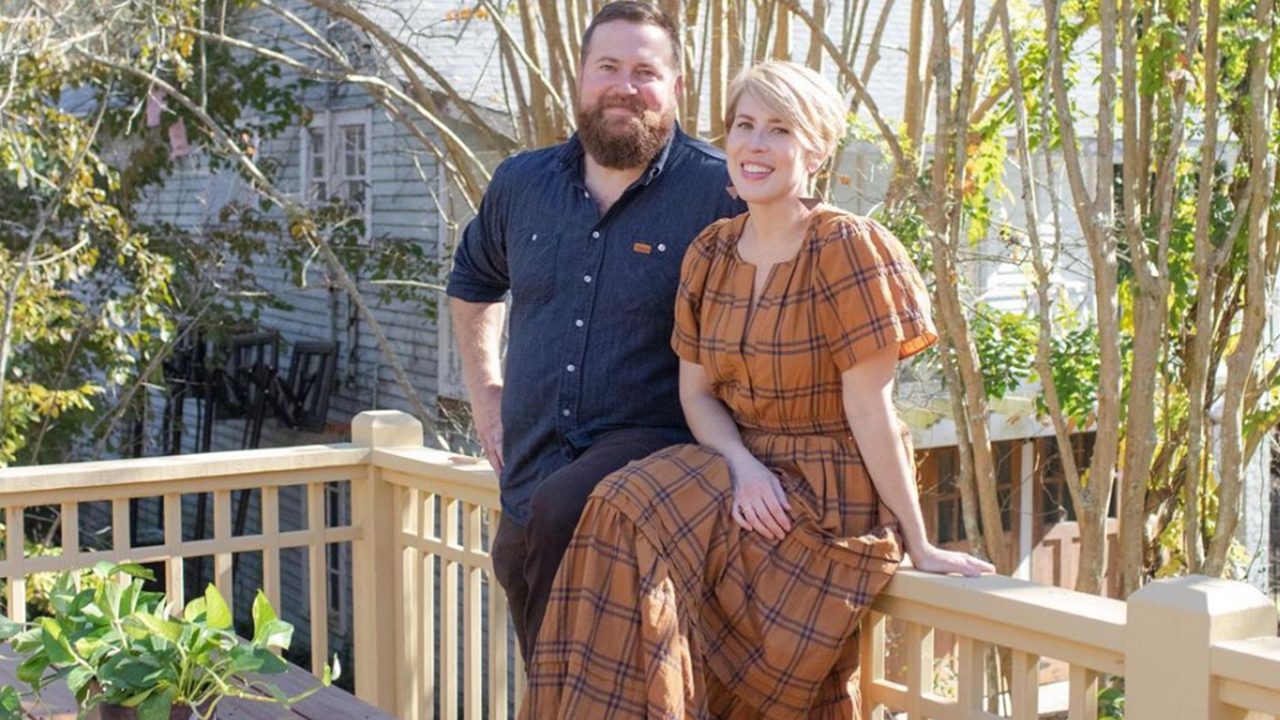 The photo shows the two building a dollhouse together, with Ben working on one of house’s smaller pieces while Helen puts them in place.

The Napiers might be busy — the couple is preparing for their new show HOME TOWN KICK START — but both Erin and Ben have made it clear that their most important commitment is to their daughters, Helen and 13 month-old Mae.

Between a newborn and filming, HOME TOWN’s Ben and Erin Napier are finally finding their groove as a family of four.

The couple have two daughters, Helen, 3, and Mae, 7 months. While the parents are still working out the kinks of being a four-person household, they shared that they are grateful to be finding their “rhythm” in a new People cover story.

“It feels like every day is a dance, and it has to be carefully choreographed for us to get to the end and all feel good about it,” Erin laughed. “The wheels fall off around 5 p.m.”

Ben revealed that his day starts at 4:30 in the morning: “I have every minute planned and scheduled until 8:30 or 9, whenever we get Helen in bed.”

The couple are starring in a new show in 2022, HOMETOWN KICKSTARTS PRESENTED BY PEOPLE, and will also open a new bath and body product store and a factory that will make butcher block cutting boards and countertops in their home town of Laurel, Mississippi. Erin also found time to write a children’s book that will be out next year, too.

However, both are adamant that their kids always come before work – even though it took some time to adjust.

“We have had to get more help with [prioritizing family], honestly,” said Erin. “The only trick I’ve learned so far is that you’ve got to say what you need. And what I need is to be there for my kids.”

One of the biggest ways she and Ben are putting their family first? The two have a rule for themselves and their crew that they will work “normal” hours, from 8 to 5. After that, it’s family time.

“I really don’t want someone else to raise them. I want us to be 100 percent a part of their life,” said Erin.

Ben agreed: “If we are going to go on the road for [Home Town] Takeover, or if we’re going to do media stuff in New York, then we’re going to have to bring our family along with us. And so that’s how we do it. We don’t fold on our family time.”