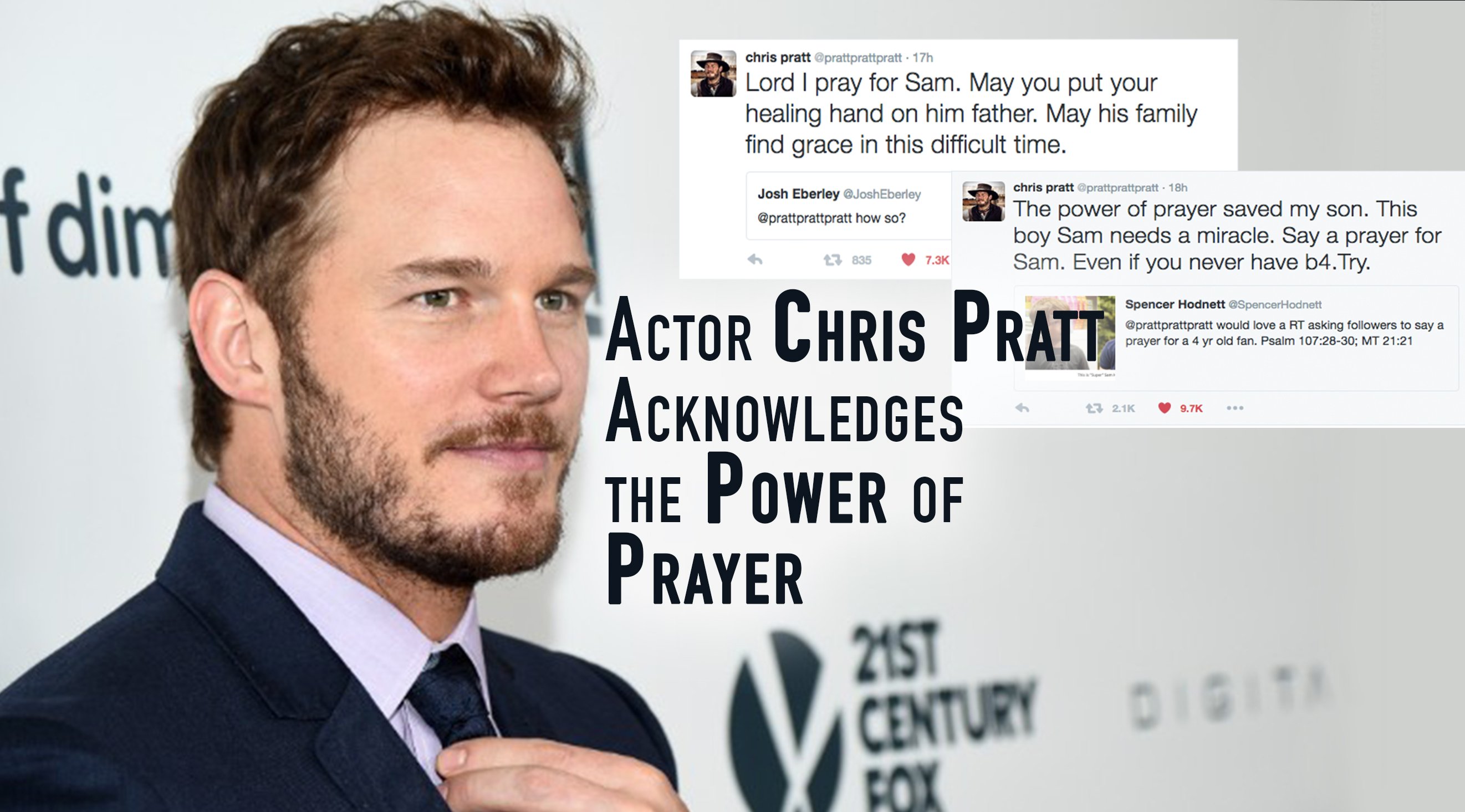 Actor Chris Pratt’s fame skyrocketed after the movies THE GUARDIANS OF THE GALAXY, JURASSIC WORLD and THE LEGO MOVIE became worldwide hits. Those that follow Pratt on Twitter of Instagram also know how open he is about his faith, frequently quoting Bible passages or requesting prayer for children with illnesses. Early this year Pratt documented him and his buddies building a cross and planting it on a hill for Easter. When Pratt and his Actress wife Anna Farris’s son Jack was born very prematurely, he talked about how prayer and faith got them through their difficult situation, saying, “We were scared for a long time. We prayed a lot. It restored my faith in God”.

On Tuesday, Pratt reminded his followers of the power of prayer that saved his own son’s life in response to a young fan battling brain cancer. Pratt responded on Twitter, “The power of prayer saved my son. This boy Sam needs a miracle. Say a prayer for Sam. Even if you never have [before].” He then lifted Sam up by praying, “Lord I pray for Sam. May you put your healing hand on him, Father. May his family find grace in this difficult time.”