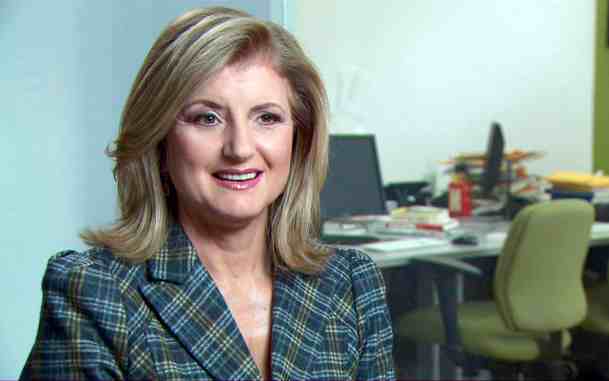 While light years away from the worldview of most Americans and decidedly far left from the start, the Huffington Post was at least a respectable blog in its formative years. How the times have changed: Now, President Obama’s suggested reading for college students has added shockingly sleazy tabloid sections; one entitled, Sex and the other, Celebrity Skin.

Just above the shameless and sordid content in both tabloid sections is Huffingtons ever-present byline, “Some News Is So Big It Needs Its Own Page”.

So what’s the “big news” so deserving of its own page? Here are just a few examples:

Note that we did not editorialize or add the caps above—these are exactly as the headlines appear in the progressive’s online destination of choice, actively promoted by the President of the United States.

The Huffington Post’s desperately, albeit aptly named Sex and Celebrity Skin sleaze-fest sections continue page after page after mind-numbingly distasteful page. The actual content of many of these “stories” are too repulsive to reprint. (And we continue to wonder why America is perceived around the ancient religious world as “The Great Satan”.)

If you click on many of the Huffington Post’s salacious images or inane content you risk being instantly redirected to an even trashier and more overtly sexual website, as hard as that may be to imagine.

Arianna Huffington has been living quite well in her surprisingly popular, political fact-free zone for years. Now it appears that her hunger to earn click-through or ad revenues at any cost to American culture knows no bounds.

I’m all for supply side economics, but it’s people like her that give American capitalism a bad name.

In the media business it’s said, “Above all else, know your audience.” So, predictably, devolving into yet another sleazy tabloid rag was an inevitable next step for a popular leftist online destination that so imbues the godless and radical worldviews of atheist billionaire, George Soros, and his progressive heroine, Arianna Huffington.

Next to more serious opinion pieces, such as countless slobbering columns about Soros, loading in sleazy content is a calculated risk for Arianna to increase traffic–although she knows that neither her readership (she does know her audience) nor her preferred media outlets will likely hold her to a higher journalistic standard.

It’s safe to say that she’ll continue to be a popular panelist on MSNBC or even ABC’s This Week, forever moralizing and castigating Fox News and Glenn Beck for being “dangerous” conspiracy theorists and irresponsible journalists.

I humbly submit that Ms. Huffington, herself, is the dangerous and irresponsible journalist.

If I may, let me put forth a new conspiracy theory that goes something like this: “Use the well-established Huffington Post to mainstream sleaze, further destroying the moral fabric of America to the end that a regime change can take root in the vacuum of national decency and personal conviction.”

Should there be such a conspiracy, the too-close-for-comfort relationship between doggedly determined globalist, George Soros, and “mainstream journalist” Arianna Huffington would be at the epicenter of the sinister plot.

Mr. Soros knows that media really matters in a nation under God, so he’ll do anything he can do to corrupt it. His eager new partner in that corruption, Ms. Huffington, is right about one thing however; “some news is so big it needs its own page” so I’ve dedicated a page to this sad news about a once-respectable blog that is no more.