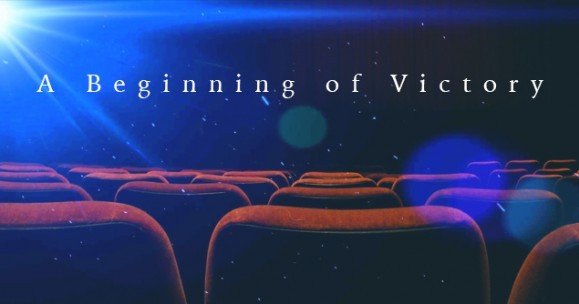 Movieguide® has been encouraging Hollywood to serve Christian audiences for many years. The year 2014 marks the beginning of victory, but just the beginning.

Let’s start by looking at the numbers as of May 12.

Compare these numbers to:

In an article titled “Christian Movies Continue To Crush It at the Box Office,” Business Insider reports:

“BoxOfficePro.com chief analyst Phil Contrino tells us we shouldn’t be surprised by how well these movies are performing. ‘Religious crowds are underserved, and they have been for a while now. What you’re seeing is a big section of the population that wants movies that speak directly to them with themes they can relate to. So, there’s no surprise that’s there’s this rush out.”

The Los Angeles Times in an article about Hollywood seeking Christian audiences  contained this:

“DeVon Franklin is a producer of HEAVEN IS FOR REAL who also serves as the senior vice president of production at Columbia Pictures with a sideline as a preacher with a dedicated following. He emphasized that the audience of nearly 200 million Americans who self-identify as Christians and go to church at least once a month has grown weary of being seen as a niche concern by Hollywood.”

Movieguide® has been telling Hollywood about this audience in minute detail for 23 years in its Annual Report to the Entertainment Industry. Every year at the Movieguide® Awards the report is given both as a talk and as an 80 page publication.

The Kendrick Brothers have started their own company to produce more movies like FACING THE GIANTS, FIREPROOF, and COURAGEOUS. They expect to have one available next year.

Rest assured, Pure Flix will be using some of their GOD’S NOT DEAD earnings to produce many more profoundly Christian movies.

Meanwhile, in Atlanta, they’ve built a state of the art Pinewood Studio. Many in the area want to see it used for Christian movies.

Add to this the coming exponential growth of video streaming, and the opportunity for independent Christian filmmakers is astounding. The much-needed word of caution is that quality counts. Mediocre movies will not do well just because they contain Christian content. Just as much as anyone else, Christians want great stories well told (another constant theme in Movieguide®’s Report to the Entertainment Industry).

As for Hollywood, you can expect the major studios to give serious thought to serving this audience with more high quality movies like HEAVEN IS FOR REAL, THE BLIND SIDE, GOD’S NOT DEAD, and SON OF GOD.

For example, the creators of SON OF GOD and THE BIBLE miniseries on TV, Mark Burnett and Roma Downey, have signed on to help shepherd a remake of BEN-HUR

In addition, Hollywood is under tremendous pressure to become more international audience focused. More and more of their income comes from overseas markets. Christianity remains the leading religion around the world with more than 2.38 billion followers.

China, the world’s fastest growing market for movies, has a rapidly growing Christian population, which tends to include many of those with the income necessary to buy movie tickets. The biggest hits overseas are already the cleaner tentpole Hollywood movies and are frequently the animated family ones.

The vision of Movieguide® has always been to redeem the media by helping entertainment industry executives and artists and by informing and equipping the public. The tremendous recent growth in Christian movies is really only just the beginning.

We are far from that point. We are at the beginning stage where there’s just an awakening to the desire of audiences for more good. The bad is still being produced in large quantities. And, the bad continues to have a bad influence.

Consider the early church. It consisted of only a tiny portion of the population. It was severely persecuted. However, it changed the world, and it eventually led to the creation of the United States, to liberty and prosperity.

Walt Disney once said, “In our full-length cartoon features, as well as in our live action productions, we have tried to convey in story and song those virtues that make both children and adults attractive.” He was not talking about just the children and adults in his movies. He was referring to those in his audience. He wanted his movies to promote virtue.

The victory we seek won’t be measured solely in box office results. It will be measured in virtue, in falling divorce rates, diminishing crime, and major increases in children raised with loving fathers present. It will be measured by a rejection of vulgarity (not just in the media, but in life). As a result, civilization will become more civilized.

Can this happen? Yes!

Media shapes culture. You and your family shape media!