Caroll Spinney, Puppeteer Behind Big Bird and Oscar the Grouch, Dies at 85 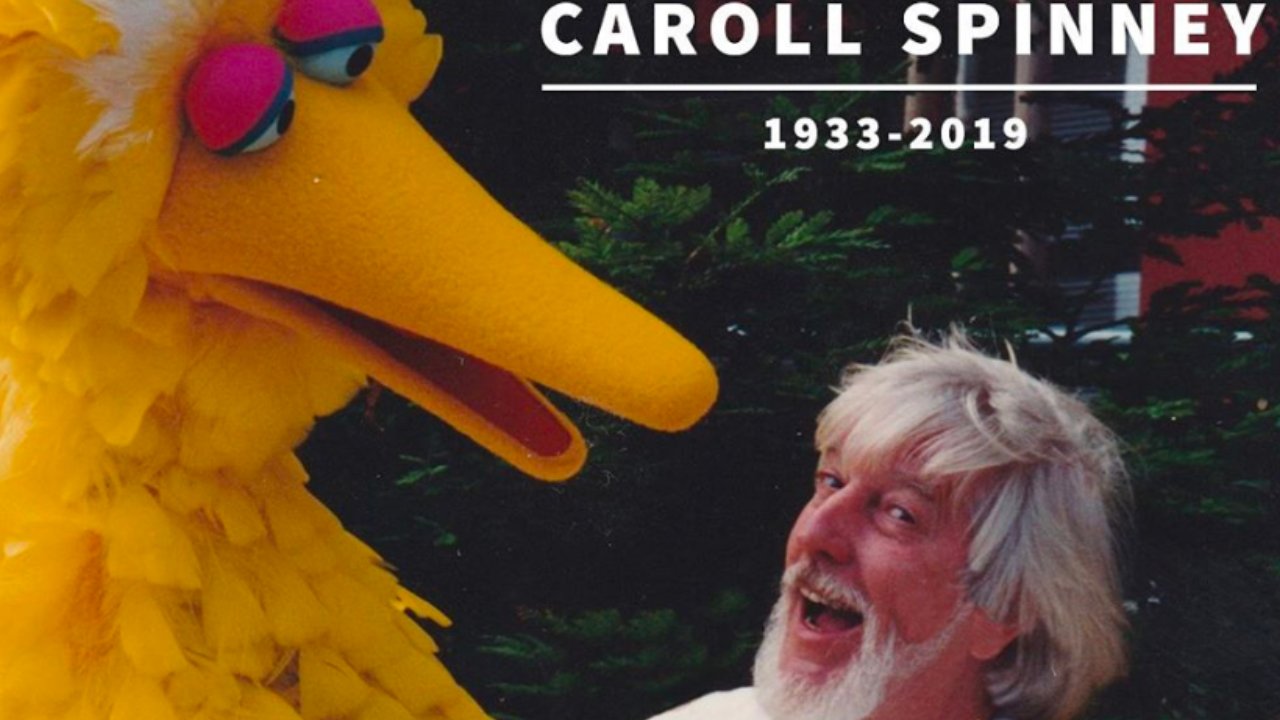 Caroll Spinney, Puppeteer Behind Big Bird and Oscar the Grouch, Dies at 85.

You may not know the name or face of Caroll Spinney, but you’ve probably sung along with him, had your heart tugged by him, and laughed along with him. Spinney was the originator and performer behind two of Sesame Street’s best loved characters, Big Bird and Oscar the Grouch.

Spinney met Jim Henson, the creator of the Muppets, in 1969 and along with a small team launched Sesame Street into the hearts and minds of young children everywhere. Originally, Big Bird was to be a grown up character, but Spinney instead played him as the lovable 6 year-old with a sunshiny personality as bright as he was yellow.

Spinney brought life to these very different personalities – the pessimist Oscar and the optimist Big Bird — and helped us all smile a little more. It was Big Bird, however, who became the iconic character for Sesame Street.

Caroll Spinney, the legendary puppeteer behind beloved Sesame Street characters Big Bird and Oscar the Grouch, died today, December 8th 2019, at age 85 at his home in Connecticut, after living with Dystonia for some time. Since 1969, Caroll’s kind and loving view of the world helped shape and define Sesame Street. His enormous talent and outsized heart were perfectly suited to playing the larger-than-life yellow bird who brought joy to countless fans of all ages around the world, and his lovably cantankerous grouch gave us all permission to be cranky once in a while. In these characters, Caroll Spinney gave something truly special to the world. With deepest admiration, Sesame Workshop is proud to carry his legacy – and his beloved characters – into the future. Our hearts go out to his beloved wife, Debra, and all of his children and grandchildren. We will miss him dearly.

Big Bird was a beautiful bridge for children who played the role of guide and friend who was wise beyond his “years.” Sesame Street had plenty of live action adults, but it was the adult-ish big yellow bird who served as both a peer and mentor.

Big Bird’s key characteristic was gentleness. He was fun, could offer advice, even point out doing something wrong. But it was his gentleness that pervaded all he did. Being both a bird, bright yellow, and standing head and shoulders above even the adults brought a sense of whimsy to the character which made him beloved.

The mechanics of what Spinney did with these characters is quite intriguing. Oscar the Grouch is a more typical “Muppet” with Spinney seated below Oscar. With one hand he worked Oscar’s head and with another operated Oscar’s hands with puppet rods.

However, Big Bird was operated very differently. The character stands 8 feet, 2 inches and is what puppeteer’s call a “walk about” suit. Big Bird’s legs were Spinney’s but his beak and wing were operated by Spinney’s hands. He had a video monitor in the suit to monitor his own performance.

Spinney earned two Grammy awards and 6 Emmy Awards, as well as a Lifetime Achievement Emmy. Big Bird has his own star on the Hollywood Walk of Fame, as well as a postage stamp.

Though the originator is now gone, Oscar and Big Bird will continue on to charm children everywhere.