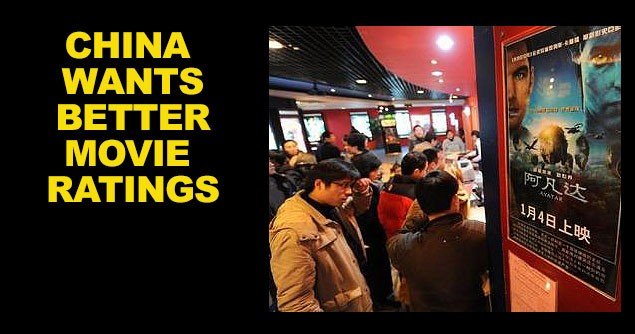 Regrettably, the mass media of entertainment, which is centered to a large degree in Hollywood, has become not only the primary teacher of children, but also the primary parent.

According to Cornell University, thanks to a great extent on Hollywood, 9 out of 10 children abandon the values of their parents.

That’s because the mass media of entertainment centered in Hollywood is redefining the norms of morals and morality that are characteristic of all civilizations allow one to speak about imposing and even foisting an anti-social model in the formation of an atomized individual that is incapable of living together with other people.

Hollywood’s Emmy Awards on Sept. 22 was just the latest example among many of how the mass media of entertaining is redefining not only the family but also what’s morally acceptable and what’s not morally acceptable.

In order to restore the role and significance of the family in education and restore the value-orientated foundations of the educational process, it’s necessary to strengthen traditional family values by teaching families how to be media-wise and by transforming the mass media of entertainment.

The good news is that there is a set of answers:  1) Standards; 2) A dual system based on quality and acceptability as used by MOVIEGUIDE®; and, 3) Teaching children and families to be media wise.

The Golden Age of Hollywood movies resulted form standards called Motion Picture Code. If the film passed the Code, it received the Motion Picture Code Seal and was distributed. If it didn’t pass, the theaters would not screen it.

“The basic dignity and value of human life shall be respected and upheld.  Restraint shall be exercised in portraying the taking of life.

“Evil, sin, crime and wrong-doing shall not be justified.

“Detailed and protracted acts of brutality, cruelty, physical violence, torture, and abuse, shall not be presented.

“Indecent or undue exposure of the human body shall not be presented.

“Illicit sex relationships shall not be justified.  Intimate sex scenes violating common standards of decency shall not be portrayed.  Restraint and care shall be exercised in presentations dealing with sex aberrations.

“Religion shall not be demeaned.

“Words or symbols contemptuous of racial, religious or national groups, shall not be used so as to incite bigotry or hatred.

During the period of the Motion Picture Code, there was no explicit sex, violence, profanity, or blasphemy in movies. For the most part, movies and television programs communicated the true, the good, and the beautiful.

With regard to an effective ratings systems, the dual MOVIEGUIDE® system not only has had an influence on the Hollywood Entertainment Industry. It’s also has been adopted as the approach used in Russia by the Russian Parliament on Dec. 2, 2012.

MOVIEGUIDE® has been analyzing movies in depth since 1985. Over the years, we have developed a comprehensive method of analyzing movies that helps us pinpoint which movies will succeed and why.

To rate a movie, we look at its entertainment and artistic value and then beyond that at its production value, content, worldview, philosophy, theology, politics, economics, genre, themes, characters, actors, and much, much more. Through its analysis, MOVIEGUIDE® has consistently chosen between 25 to 40 percent of the winners at the box office, while other groups and critics have consistently chosen zero to eight percent of the winners.

Thus, MOVIEGUIDE®’s trademarked system of rating movies looks at Quality and at Acceptability.

Our Quality Ratings refer to the production values in the movie, the entertainment quality of the production, the artistic quality, and whether the movie fulfills what it tries to do.  A four-star rating does not guarantee that the movie will meet our criteria for what makes a truly fine, much less great, work of art. That kind of criteria depends a lot on one’s moral and spiritual values, issues that our Acceptability Ratings (see below) are meant to address.

The good news is that there are effective ways to teach your children to be media-wise.

As the director of the TV Center at City University of New York, I helped develop some of the first media literacy courses in the late 1970s. Since then, years of research have produced a very clear understanding of the best way to teach media literacy. Specifically, there are five keys of media wisdom that will help build the culture-wise family.

Key 1:  Understand the influence of the media on your children. In the wake of the Columbine High School massacre, CBS President Leslie Moonves put it quite bluntly: “Anyone who thinks the media has nothing to do with this is an idiot.” The major medical associations have concluded that there is absolutely no doubt that those who are heavy viewers of violence demonstrate increased acceptance of aggressive attitudes and aggressive behavior. Of course, media is only one part of the problem – a problem that could be summed up with the sage biblical injunction, “Do not be misled: ‘Bad company corrupts good character’” (1 Cor. 15:33). As the results of thousands of studies on youth violence prove, watching media violence causes violence among children. Bad company corrupts good character – whether that bad company is gangs, peer pressure or violent movies, video games and television programs.

Key 2:  Ascertain your children’s susceptibility at each stage of cognitive development. Not only do children see the media differently at each stage of development, but also different children are susceptible to different stimuli. As the research of the National Institute of Mental Health revealed many years ago, some children want to copy media violence, some are susceptible to other media influences, some become afraid, and many become desensitized. Just as an alcoholic would be inordinately tempted by a beer commercial, so certain types of media may tempt or influence your child at his or her specific stage of development.

Key 3:  Teach your children how the media communicates its message. Just as children spend the first 14 years of their lives learning grammar with respect to the written word, they also need to be taught the grammar of twenty-first-century mass media so that they can think critically about the messages being programmed for them.

Key 4:  Help your children know the fundamentals of true faith and values. Children need to be taught the fundamentals of faith and values so that they can apply their beliefs and moral values to the culture and to the mass media of entertainment. Of course, parents typically have an easier time than teachers with this pillar because they can freely discuss their personal beliefs. Yet, even so, it is interesting to note that cultural and media literacy and values education are two of the fastest growing areas in the academic community – a trend most likely due to the fact that educators are beginning to realize that something is amiss.

Key 5:  Help your children learn how to ask the right questions. When children know the right questions to ask, they can arrive at the right answers to the problems presented by the mass media of entertainment. For instance, if the hero in the movie your child is watching wins by murdering and mutilating his victims, will your children be able to question this hero’s behavior, no matter how likable that character may be?

Theodore Roosevelt said that if we educate a man’s mind but not his heart, we will get an educated barbarian. Cultural and media wisdom involves educating the heart so that it will make the right decisions.

The mass media of entertainment creates and controls the culture that shapes the hearts and minds of children.

In fact, according to the latest figures from the U.S. Census Bureau and other informed sources, by the time he or she is 17, the average child in the United States will have consumed up to 63,000 hours or more of mass media entertainment, but spent only 11,000 hours in school, 2,000 hours with their parents, and only 800 hours in church or synagogue (but only if they go there once a week!).

So, how can you protect the eyes of innocence of your children and grandchildren from the negative effects of the mass media of entertainment? How can you redeem the culture?

Teach your family to be MEDIA WISE and CULTURE WISE.

Editor’s Note:  For more information on protecting your children from the influence of the mass media of entertainment by teaching them how to be media wise, please read Dr. Ted Baehr & Pat Boone’s new book:  THE CULTURE-WISE FAMILY. THE CULTURE-WISE FAMILY is available at most bookstores, on Amazon.com and at www.movieguide.org, or by calling 1-888-248-6689.