The Need for Christian Heroes 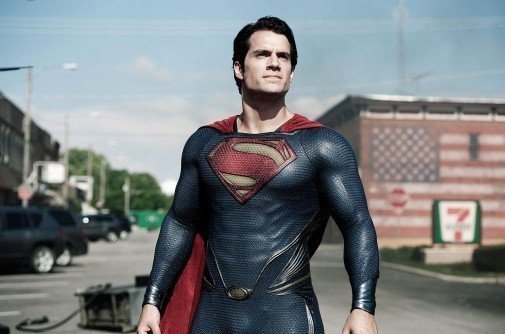 Christian filmmakers could learn a lesson from THE AVENGERS, IRON MAN, CAPTAIN AMERICA, and MAN OF STEEL.

The reason THE BLIND SIDE was an astounding success is because Sandra Bullock’s character was heroic. Yes, the movie had conflict, there were times when her friends didn’t understand her and the government questioned her motives, but it was entertaining to watch a white Southern Christian woman stand on her principles and show love. It was worth a $12 ticket and the purchase of a DVD.

THE SOUND OF MUSIC featured Julie Andrews in the signature role of her career as Maria, a Catholic postulate turned governess. She was seeking God’s will for her live. She sought to show love. She saved 20th Century Fox from being ruined by Elizabeth Taylor’s conniving Cleopatra.

Too often Christian filmmakers want to tell the prodigal story. Audiences get dragged through the mud of some sinner’s life and are supposed to go home satisfied with their ticket purchase because the sinner repented in the end. It’s a bit like taking medicine. The thought is, “It’s good for you to see this, and some sinner may see it and get saved.”

There’s a place for such movies. They can, and do, minister to some people. However, they don’t do well at the box office. People go to the pharmacy for medicine, not the movies. If God calls you to make a movie on sex slave trafficking or drug addition, go ahead and do it. Just don’t be disappointed if it only reaches a small audience, and don’t expect to sell it as the next BLIND SIDE.

Christians who want to transform Hollywood and see the major studios make more uplifting movies should strive to produce movies that do well at the box office – while being uplifting. This is what makes Hollywood want to change.  The huge success of THE BIBLE on The History Channel and DUCK DYNASTY on A&E is a major topic of Hollywood conversation.

A surprise hit of the 1980s was CHARIOTS OF FIRE (not made by Christians).   Scottish Olympic athlete Eric Liddell played a self-sacrificing principled Christian hero in contrast to a pride-seeking runner, Harold Abrams.

Just think of the great “Christian” movies of the golden age of Hollywood. Here are some that topped the box office charts for their respective years:

1956 – THE TEN COMMANDMENTS – with Charlton Heston

Every one of them had a profound hero played by a major Hollywood star.

The most successful modern Christian movies have heroes:

THE PASSION OF THE CHRIST

THE LION, THE WITCH, AND THE WARDROBE

At times, the heroes grow into the role, as with FIREPROOF, but by the end of the movie, you have a principled character you want to tell friends to go see.

Television is the same way. Some of the most successful programs featuring Christian faith had heroes – CHRISTY, LITTLE HOUSE ON THE PRARIE, TOUCHED BY AN ANGEL, SEVENTH HEAVEN, and WALKER, TEXAS RANGER. Sure, episodes sometimes dealt with dark issues, but it was a hero facing the challenge.

Hollywood seems to be waking up.

Next March 28, Russell Crowe stars in NOAH. The preview shows him being threatened by a king with an army behind him. The king says, “I have men at my back. You stand alone, and you defy me?” Noah responds, “I am not alone.” I want to see how that plays out. The preview gives you goosebumps. Unless NOAH has some flagrant abuses of the biblical story, you can expect it to do huge business.

Bring on the heroes!