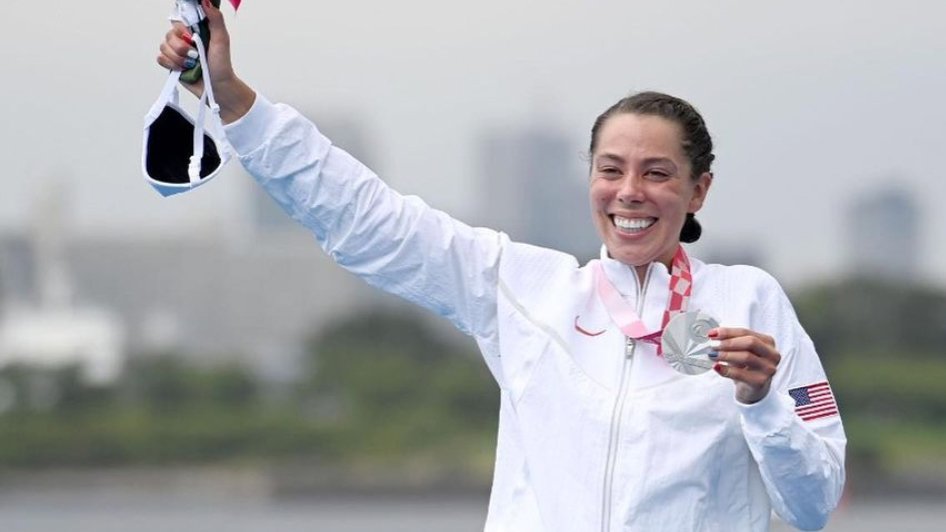 Paralympian and para-triathlon athlete Grace Norman, who took home the first-ever gold medal in 2016, has just added to her hardware in Tokyo.

Norman celebrated a silver medal victory this year, announcing on her Instagram that the win means more than just a physical reward.

“Paralympic Silver Medalist!” Norman wrote. “What a day! I’m still trying to process this race and the entire Paralympic experience! I’m beyond grateful to everyone for all the love and support, notes and cards, and encouragement I’ve received!

“I am beyond proud of my effort and my race! This Silver medal means more to me than just a medal – it symbolizes every sacrifice, every hour, every session, every tear, and everyone who believed in me over this 5 year journey,” she added.

Due to a condition called amniotic band syndrome, Doctors were forced to amputate Norman’s left leg below the knee and her right big toe.

Sports Spectrum reported: “Her mom, who ran at the collegiate level, coached her throughout middle and high school. The triathlon appealed to her because it was an opportunity to excel in three athletic areas rather than one.”

Norman stunned audiences after winning a gold medal in Rio before ever stepping foot on campus at Cedarville University.

Despite the accolades, Norman’s most prized possession is her relationship with Christ.

“It wasn’t just me who won that gold medal,” Norman told Sports Spectrum. “I had a team of people behind me helping me reach that, and so they continued to help me deal with that. So my parents have been huge, even up to now.”

“He has everything planned out in His timing and His will,” she added. “The best I can do is glorify Him, use His gifts, to [perform to] the best of my ability and spread His love and His message. That’s really what’s been driving me recently.”

Norman revealed that her strength comes from her faith in God.

“It’s a part of who I am, and so that means a lot of just giving my life, my workouts, my competitions over to God… there’s a lot more peace that comes with that. I’m not terrified because I know He has a plan,” she said on the K-Love News podcast.

Norman said that despite her rigorous training schedule, she always makes time to pray and read God’s Word.

“I’m in His Word. I pray. I ask His strength because, you know, it’s not easy what I do. It’s more of an individual sport. I have been living alone. I am away from family and so having just the comfort to know that God is always there providing the strength is just an amazing feeling,” she said, “and gives you an extra piece of encouragement in knowing that whenever I step on the line for a race.”

Ahead of the 2021 Paralympics, Norman said that 2 Corinthians 12:9 has “been particularly dear to my heart,” where it says, “My grace is sufficient for you.”

Norman said that she preaches the verse back to herself.

“God gives us our daily bread each day – and it’s not worrying about the next week or the week following, or even tomorrow, but it’s depending on God’s grace to get through each day, to get energy, what I need, in order to complete what I’ve set out to do and what His plans are for me,” she said.