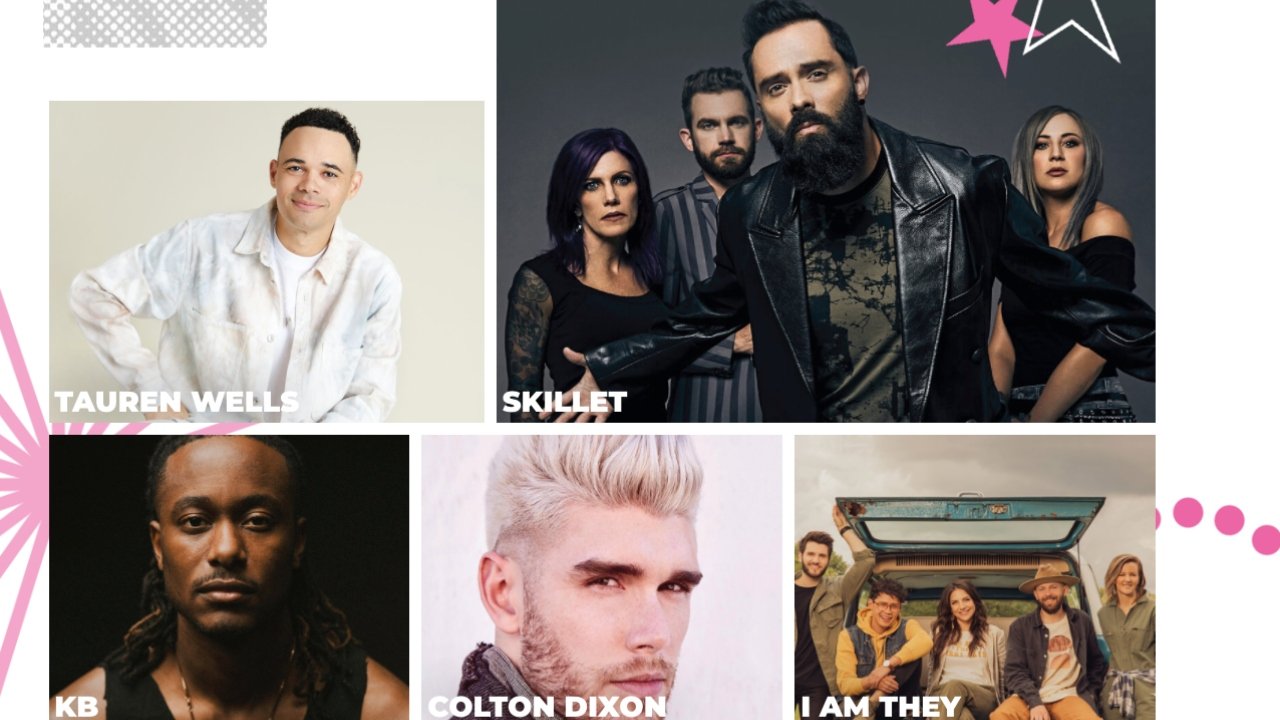 America’s largest annual tour of Christian music, the Winter Jam, returns this winter following an abrupt ending in 2020 and an absence for the past year.

Established in 1995 by the Christian music group NewSong, the Winter Jam Tour Spectacular continues to be run by NewSong Ministries along with Premier Productions, which was founded in 1996.

Movieguide® Awards Gala performer Colton Dixon is also in this year’s lineup, as is Skillet, Tauren Wells and I AM THEY.

In the past, the tour has included big-name Christian performers such as TobyMac and the band Newsboys.

This year’s tour claims the title, “All Together Now,” which feels appropriate for the Winter Jam’s first real resurgence since its being cut short in 2020. The lineup features a slew of well-known musicians.

Christian rock band Skillet, which has released ten albums to date (two of these, Collide and Comatose, were nominated for a Grammy), is set to be one of the tour’s highlights. The band comes on board the tour with their next album, Dominion, anticipated to release Jan. 14, 2022.

However, this isn’t Skillet’s first appearance with Winter Jam. Their relationship with the NewSong tour goes back more than a decade, having made Winter Jam appearances for a number of years.

“We are beyond excited to play Winter Jam again,” says John Cooper, Skillet’s co-founder and lead singer. “Due to the times we are living in, I think Winter Jam will have more energy, more passion, and will be more encouraging than ever before. We’ll be playing new songs from our upcoming record, Dominion, and some of the old fan favorites too. We are ready, the fans are ready — let’s kick off 2022 as a year of victory instead of defeat!”

The “All Together Now” tour will include a pre-jam led by Abby Robertson and Bayside Worship. Shane Pruitt is the featured faith speaker. Audiences are also in for regular performances from Tauren Wells, KB, Colton Dixon and, of course, the tour’s own NewSong.

“I am so excited about getting back out on a full 41 city Winter Jam Tour with an amazing lineup,” said Carswell. “After the last couple of years, we wanted to make sure everyone could come to these shows, so we went to just a $10 donation at the door. The heart of Winter Jam is to make it affordable for everyone. It’s all about the people getting together to hear the music and the message of Jesus.”

At its core, the Winter Jam strives to foster a relationship between Jesus Christ and the community built up around the tour.

Skillet’s Cooper is no stranger to the spotlight and has often weighed in on current events. He’s also held tight to his faith, despite the pressure to back away from Christianity.

“After a gig, we were on tour with some mainstream acts — very popular acts. We were opening,” Cooper told Focus on the Family. “And we were just beginning to kind of hit a little bit [in fame]. This guy, in his defense, he was being very nice. … And he pulled me aside, and he said, ‘John, I want to tell you this because no one else is going to tell you. You guys, I believe, could be the biggest band in the world. … You guys have the look, you’ve got the sound, you’ve got girls in your band. … And you guys also sing about very spiritual things.’… And he’s saying, people really want spiritual music, and ‘you’ve already got it, you’ve been doing it.’

“And he said, ‘So it’s your time. But you have got to disassociate from Christianity. You’ve got to stop talking about Jesus so much. … Don’t do Christian interviews. Don’t do Christian music festivals. If people ask you what your songs are about, I’m not telling you to lie. Just don’t offer up the information about Jesus,’” he continued.

Cooper said that the man doubled down on his affirmation that Skillet would see more success if they were to stop talking about Jesus.

“I went to the bus. I told my wife about the conversation. We prayed about it. And it was … almost instantaneous. I know that that is not the Lord. He was trying … to get me to be quiet, and it had the opposite effect,” he added.