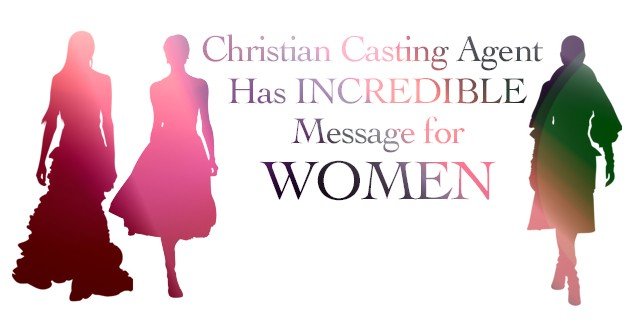 When I was a child my mother used to tell us about the end times. She talked as if they were coming in our lifetime. “The world will be so bad, Christians will have to run for the hills.” she would say. As I grew into a teenager, I began to think of this story as another “Scottish” bedtime story. If you understand Scottish culture, you’ll understand what I mean (think BRAVEHEART!) But, are we in the end times? Now, I have to wonder.

A few days ago a dear Reverend and mentor posted scripture on Facebook. This reading, Samuel 16:7 catapulted me into great thought. “But the Lord said to Samuel, ‘Do not consider his appearance, or his height, for I have rejected him. The Lord does not look at the things people look at. People look at the outward appearance, but the Lord looks at the heart.” I felt sad. My job as a Casting Agent is to primarily judge people by their looks. I work in an industry obsessed with outward appearance. Sometimes I consider my encounters as a litmus test as to how our society is doing.

I never know what people will say when they call or write to me. I had a 43-year-old woman call and say she would like to get started as a model. She said, “It’s always been my dream to be a. . .” (I’m wondering what her dream is) “. . . LINGERIE MODEL!” I should have been happy that she didn’t send me photos, which is common.

Sometimes, I want to gouge my eyes out. The lady was nice enough. And, I very delicately explained to her that she shouldn’t waste her time and money on those photos. I let her know she could get roles as a “soccer mom” or businesswoman. Before she hung up, she thanked me for making her day.

I was happy to help, but this wears on me. I know there is really something wrong with our culture when a 43-year-old mom’s biggest dream is to become an underwear model? I was just as shocked that I made her day as I was about her “dream.”

What did I say to her that made her day? She WAS in fact a mom. I only suggested she model as a mom. I said soccer mom or businesswoman. Perhaps, no one had ever painted a mental picture of her in that way. Maybe she was treated in a way that only let her dream big enough to take her clothes off. Most messages in popular culture would reinforce this idea. Every day a new star turning 40 poses like a 20-year-old Playboy model, as their husbands leave them for an actual 20-year-old.

This is not just a disconnected little corner of the world. People’s thinking most of the time comes from vertex to base. That vertex is Hollywood, resulting in disordered thinking that is so often observed.

The vertex should be the Bible. In my morning prayer, I was fixed on John 1:39, “Rabbi, where are you staying?” I often end my prayer with a question. Today it was, “Jesus where are you?” As I checked my email, I found an email from another dear friend and mentor. There is something refreshing about simplicity as I try to understand what has happened to people. The message of the email is this, “God does not will anyone to perish.” (2 Peter 3:9 and John 3:16)

We have to be careful as Christians. I’ve heard too many people cry for judgment from God. I actually heard someone pray for God to bring on the end times soon. Really? Who are you following? There is only one entity who wants people to perish. The mind is tricky, and we must always be on guard.

The answers are much more simple than we think. They are on the Cross. Jesus gave everything so that EVERYONE might be saved. If we can focus on this, I think we can conclude that we can all give a little more. And today, my question was answered. Jesus is found with the people who He needs to save. In light of what He did, who am I to complain?

As I told my friend, a Reverend, for 58 years that I asked “Jesus, where are you?” he said, I’ve been asking Him that for 85 years! The world is upside down. Insanity is a common acceptance. Injustice, suffering and sickness are suffocating our daily lives. Immorality is rewarded – and even funded by. . . us. We used to believe America was free. If we are forced to indirectly pay (through taxes) for the murder and sale of innocent people, are we free? When the state takes over the most intimate, sacred part of our children’s lives, human sexuality, are we free? When we ask questions like this, it makes people uncomfortable.

Many people tell me that they only share joyful or inspiring information on social networks. Most certainly, this a plea for me to stop posting disturbing news. Truly, I would like to. Denying the truth doesn’t change it. The truth is the foundation of anything that is built successfully.

Being passively inspiring when there is true cause for immediate action is like building a house on sand. It’s not only a waste of time and energy, it will help the forces of destruction. I have always thought the good is the enemy of the best. Inspiration is good, but truth is the best. I try to see the reality of a situation no matter how difficult it is to absorb.

Maybe the signs of the end times are all around us. I leave that up to God. My job is to fight for justice and goodness. The only proven weapon that crushes evil and injustice is to love as Jesus loves. The next time we want God to strike someone down (however tempting that may be!), let us pray for them instead. Remember, our Lord does not will for anyone to perish.