Executive Producer Derral Eves on THE CHOSEN’s Impact: ‘It Leads Them Back To The Bible’ 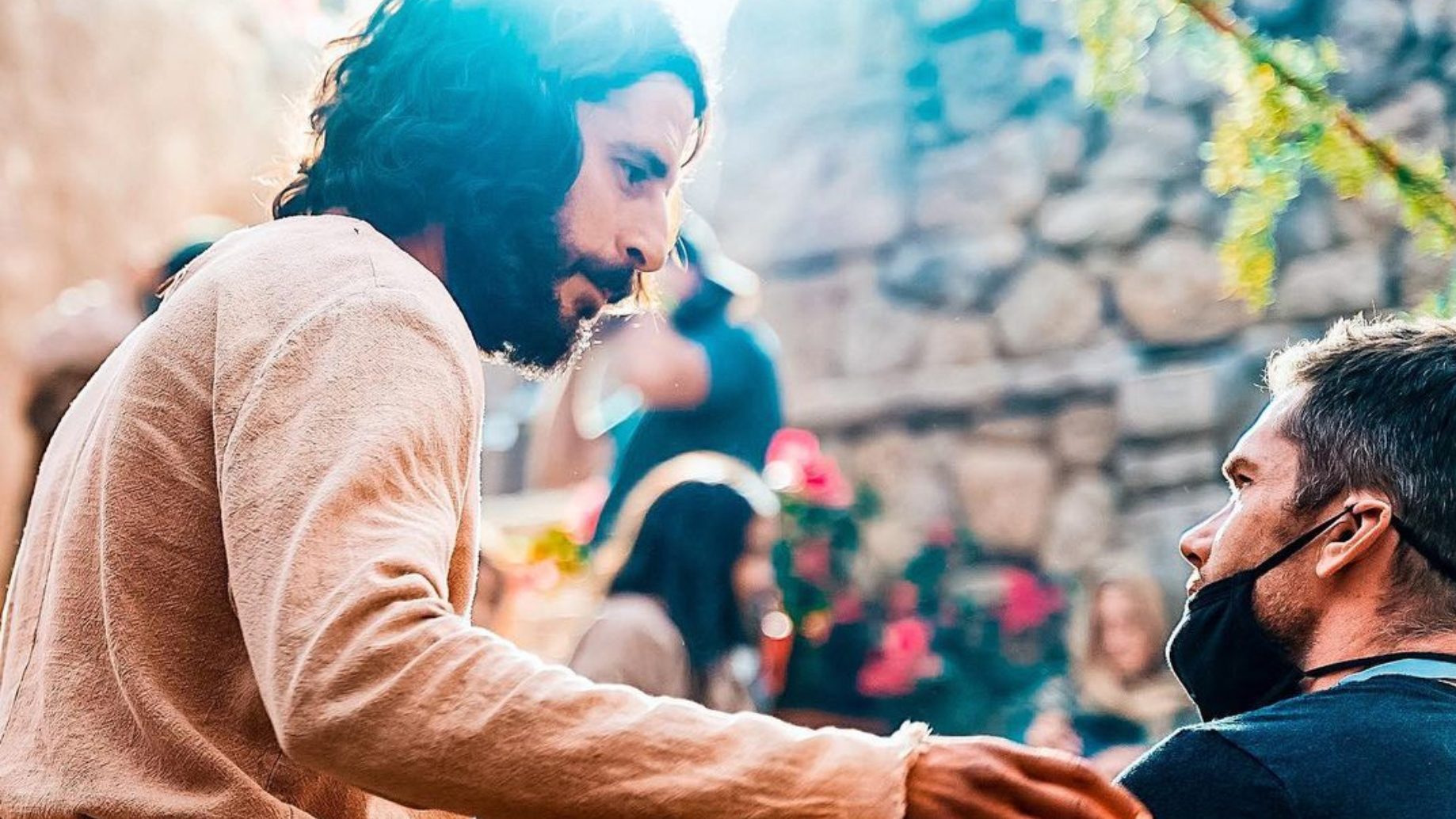 Executive Producer Derral Eves on THE CHOSEN’s Impact: ‘It Leads Them Back To The Bible’

THE CHOSEN surpassed 300M views according to its online app and continues to impact people with the first-ever multi-season series about Jesus’ life and ministry.

THE CHOSEN began in December 2017, after creator and director Dallas Jenkins released a Christmas special called “The Shepherd.”

The project’s success led to a fully-funded Season 1, debuting on their app in April 2019. Since then, THE CHOSEN has reached millions of screens around the world with the message of Jesus.

After the success of Season 2 of THE CHOSEN, Dallas Jenkins and Executive Producer Derral Eves hope to continue to grow.

“We’re going to get it out to a billion people, and we won’t stop at anything until Jesus comes,” Eves told Christian Headlines. “That’s the only thing that will stop us – if Jesus comes.”

Despite its global scale, THE CHOSEN has also affected individuals with the Gospel message presented in the series.

Eves recently sat down with Movieguide® and discussed how the show’s incorporation of acting, music, and dialogue help convey God’s word to his own family.

“I think the biggest thing in life outside of Jesus Christ and God, is family for me,” Eves told Movieguide®. “And to have that stewardship over them and helping them discover who Jesus really is.”

“My wife and I have spent years reading the Scriptures with them and helping them to understand the stories,” he continued.

Eves shared that the show had a profound impact on two of his children.

“The first one was our 15 year old at the time, when he watched the show, he was just so touched, he goes, ‘Dad, I always just viewed Jesus as stoic and just distant and cold and he would come down hard on me if I sinned. But he’s just the opposite. He’s my friend. He’s one that’s gonna lift me up when I’m down,'” Eves recalled. “As we’re teaching, and as they have this misconception of who Jesus is, we get to see an authentic Jesus of how he interacts with the one. He’ll leave the 99 go to the one. And I think we hear that, but I don’t think we understand what that means.”

“[This is a] show that really showcased that, that he came and disrupted the way that the world was, and is, and forever will be, and really went and and this is what I love, more than anything else,” he added. “I love that they’re able to experience this, but it leads them back to the Bible, of really digging deep in what’s being done.”

However, Eves revealed that one of his other sons did not immediately connect with the show.

“I had a son that just couldn’t watch the show to save his life. He’d fall asleep and he’d be out,” he explained. “I’m not the father that’s like, ‘Hey, you got to watch this because I made this,’ or anything like that. I’m like, he’ll watch it in his own due time. But after six times of binge watching it as a family and with friends, and whatever, I’m like, ‘oh, man, he’s so checked out.”

“His older brother, said, ‘Hey, you should probably watch the show, just go watch and experience one full episode and see what you think.'” Eves continued. “[After watching Season 1] he comes up knocking on my door at four in the morning. And I thought, something must be burning down or something, and he was all in tears. And he looks at me and says ‘Jesus lives, he just lives.’ I’m like, ‘What did you do, what did you see? He says, ‘I just watched THE CHOSEN and it spoke to me on a level that gave me an understanding and a love I’ve never felt before.'”

“‘Well, what are you gonna do with it?'” Eves added. “And he says, ‘Well, I’m going to go thank God first through prayer. And then I’m going to make sure I’m more diligent in studying the Bible.'”

Eves said it was a blessing to see the project point his family to God’s word.

“For me as a father, all the energy, money and pain that we’ve done to get THE CHOSEN up, that moment, that’s it, that’s it for me, like, if that’s all THE CHOSEN did for me, that’s all I needed,” he said. “But to see it to impact lives, we get 10s and 1000s of stories of people being impacted in one way or another from the content or they really connect with a character and they see themselves and they see Jesus differently. And that’s really refreshing.”

Ahead of THE CHOSEN’s Christmas Special coming to theaters in December, Eves said that the episode changed his perspective of Jesus.

“There are things about the birth of Jesus Christ that, during this process of producing the show, I learned about, and it gave me a deeper significance in understanding of the role and life and ministry of Jesus Christ,” he said. “I understood it superficially, but it gave me the depth of really understanding what that meant. And it helped me have a deeper relationship with Jesus.”

Read Also: THE CHOSEN Christmas Special Is Coming to a Theater Near You