Faith and Restoration: The Story of Gary Cooper 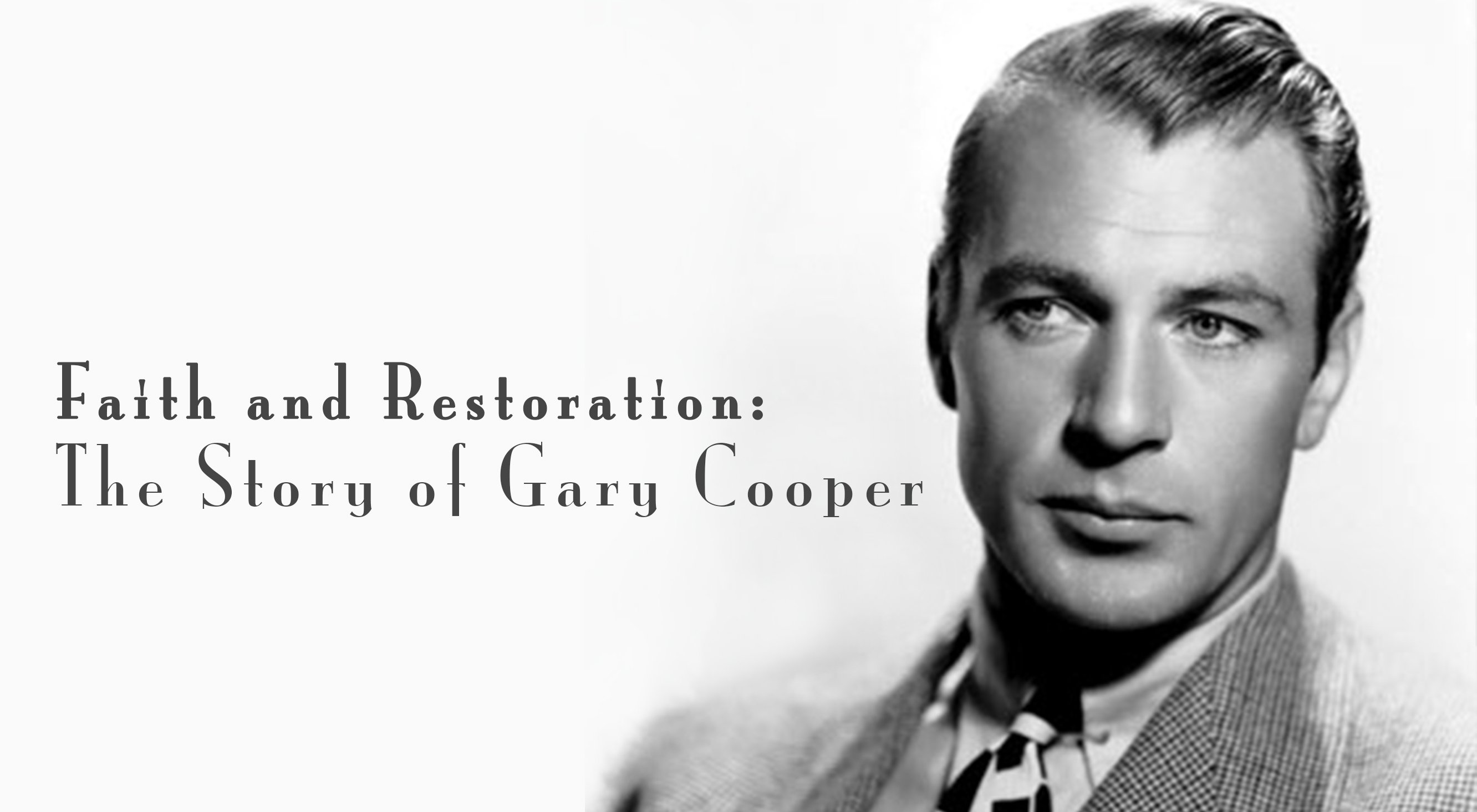 Faith and Restoration:  The Story of Gary Cooper

Gary Cooper was a major star during the Golden Age of Hollywood, known for playing everyman heroes, but his extramarital affairs especially with movie stars took a toll on his health, family and the other women. As his personal life became increasingly complicated, it was stressful on everyone involved. As a result, Gary Cooper personally suffered debilitating ulcers, and his family, as well as the other women, suffered intense emotional strain.

However, as Hollywood biographer Mary Claire Kendall put it, “God brought good out of evil.”*

Eventually, Cooper came to realize how empty his life was, especially with the moral conflict he was feeling. As he was grappling with his deepest needs, his family traveled to Europe in June 1953 for publicity tour for the classic movie HIGH NOON, which included a visit to the Vatican. They met Pope Pius XII, who made a lasting impression on Cooper.

His beloved daughter, Maria, says that, because people in Hollywood wanted a memento from the Papal audience, “My father had rosaries up his arm” while holding other mementos. However, when he had trouble genuflecting, “everything just fell – the medals, and the rosaries and the holy cards.” While Cooper was on all fours suddenly, he saw “this scarlet shoe and a robe. There was the American actor Gary Cooper groping around in monumental embarrassment. . . with Pius XII looking down and patiently smiling.”

When Maria was 16, Cooper returned home, ironically after filming RETURN TO PARADISE, a story about a father who returns home to love and nurture his 16-year-old daughter. After settling back into married life, he wandered with other women again at times, but again understanding the stress his behavior had on his family, Cooper began going to church with his wife, Rocky, and Maria, his daughter.

He probably was looking for some more stability than he found personally,” Maria said.

Maria added that no one engineered her father’s conversion. “He was coming to this on his own, in his own time. . . bits and pieces of his own life that he wanted to put together in a new way,” she says.

“No one was knocking him over the head, because, believe me, no one made my father do what he didn’t want to do.” As Alvin York said in SERGEANT YORK, Cooper’s Oscar winning movie, “A fellow can’t go looking for it; it’s just got to come to a fellow.”

After his Papal visit, Cooper began getting together for longer discussions about faith on drives up to Malibu and elsewhere with his friend, Father Ford. Gradually, Cooper realized in Ma York’s famous words, “a little religion wouldn’t do him no hurt” and, on April 9, 1959, he was formally admitted into the church.

Cooper explained his conversion, as Barry Norman reported in THE HOLLYWOOD GREATS:

“I’d spent all my waking hours doing almost exactly what I, personally, wanted to do and what I wanted to do wasn’t always the most polite thing either. This past winter, I began to dwell a little more on what’s been in my mind for a long time (and thought), ‘Coop, old boy, you owe somebody something for all your good fortune.’ I guess that’s what started me thinking seriously about my religion. I’ll never be anything like a saint. I know. I just haven’t got that kind of fortitude. The only thing I can say for me is that I’m trying to be a little better. Maybe I’ll succeed.”

In 1960, Gary Cooper developed cancer that would be fatal. In April 1961, Jimmy Stewart accepted Gary Cooper’s honorary Oscar, saying with a trembling voice, “I’ll get this to you right away. And, Coop I want you to know, that with this goes all the warm friendship and the affection and the admiration and the deep respect of all of us.”

Friends found light and sunshine in the Cooper home at that time. Crisp flowers and cheerful music filled the home as the family faced this with faith. His wife later told Hedda Hopper, “He’d been perfectly wonderful throughout the entire illness. What helped him most was his religion.”

As the cancer progressed, he didn’t complain and was spiritually enriched by the sacraments and books such as Bishop Fulton Sheen’s PEACE OF SOUL.

“I know,” Cooper announced as he lay dying, “that what is happening is God’s will. I am not afraid of the future.”

Note:  Diane Howard has a Ph.D. in Performance Studies, dianehoward.com.