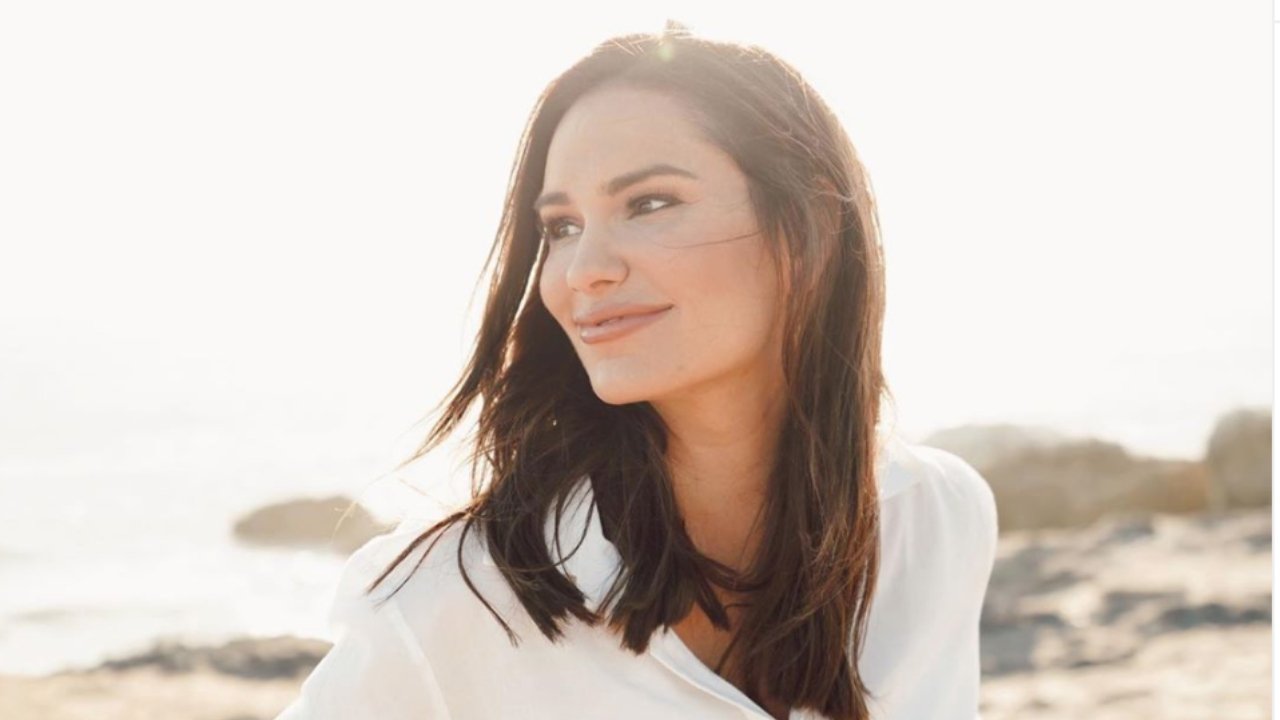 When Nicole Weider left the world of modeling for Jesus, she knew she had to use her platform to honor Christ. Today, that platform includes appearing in movies like SWITCHED that honor the faith-based values that define her life.

“I loved [the SWITCHED script] from from the first day that I read it, and I couldn’t put it down,” Weider tells Movieguide®. “This one stood out to me because of the very relevant messages of anti-bullying and loving your neighbor as yourself.”

SWITCHED is a Kairos Prize® Award-winning script that will be available digitally and on-demand Sept. 4.

The uplifting movie follows two teenage girls as they mysteriously switch bodies one day and must learn how to walk in each other’s shoes. SWITCHED has a very strong Christian/moral worldview where characters discuss biblical principles and repent of poor behavior. The movie contains almost no objectionable content.

“The message of SWITCHED flowed with what I’m currently doing,” in ministry, Weider said. “It’s light hearted, and it just had everything I was looking for, and I was so happy to be a part of it and to help create it.”

📢 BIG ANNOUNCEMENT! 📢 When you trust in God, your big dreams can become reality. Work hard, keep praying and surround yourself with like-minded believers with similar goals. I have wanted to be a part of movies since I was a young girl and I feel incredibly blessed to have been able to act in and produce faith-based films that have a lasting impact. 🙏🏽 My latest project, @switchedthefilm could not come at a better time. With school starting back up, it’s an important story about cyber bullying and encourages us to lead with love. I know it will encourage you and I can’t wait for you to see it! Tired of being bullied, Cassandra Evans prays that her nemesis, Katie Sharp, the queen bee of social media, would know what it’s like to walk a day in her shoes. Her prayer is answered in an unexpected way when they get “Switched.” Available on Digital and Video on Demand September 4 and DVD October 6! 🎥

Weider is the founder of Project Inspired, which is a lifestyle platform that seeks to edify girls and teenagers and inspire them to be the women God created them to be.

Weider launched Project Inspired after she left the modeling industry — including a lucrative contract with Victoria’s Secret — after she got saved.

Now, Weider is passionate about the kind of media she consumes and promotes.

“Before I was a believer, I consumed all types of movies that didn’t have good messages, movies that were not inspiring and movies that just didn’t feed my soul because I didn’t have Jesus in my life,” Weider said. “I didn’t realize the gravity of what I was intaking because media media is very powerful, and it has the power to influence our actions, influence our thinking and change culture, and I wasn’t aware of this. I didn’t care about what I was watching, but when I became a believer, my whole mind transformed.”

The Holy Spirit convicted her to use her gifts to honor and glorify Him.

“My decisions and my actions changed,” Weider said. “That’s when I created Project Inspired. I didn’t have an inspirational community growing up. I just had unhealthy magazines like Cosmo and other bad stuff. I wanted to create Project Inspired to be the opposite of Cosmo, to inspire young women to not make the same mistakes that I made because I was so lost as a teenager and in my early 20s.”

With movies like SWITCHED, “I wanted to help make movies happen that were inspiring and that were faith based.”

SWITCHED is Weider’s second project with Alexandra Boylan, who won the $15,000 Kairos Pro Prize for Most Inspiring Screenplay by an Experienced Filmmaker in 2018.

The two previously collaborated on CATCHING FAITH 2: THE HOMECOMING.

“It was amazing to work with [the CATCHING FAITH team] again because they are believers,” Weider said. “Not everyone in the movie industry is a believer, and I love working with them because we share similar beliefs, and they are very talented filmmakers, and they’re easy to work with.”

“There are already so many negative messages in media and movies, encouraging young women to be promiscuous, and lots of bad language,” Weider said. “A lot of movies don’t help our culture and don’t help young women. They actually normalize unhealthy messages in movies, and that does not empower young women.”

Meanwhile, SWITCHED “is a great message for young women because high school is a tough time for most people,” Weider said.

“I struggled in high school, and I knew that this movie would really encourage people because it shows what it’s like to be bullied,” and answers some of high school’s biggest challenges with biblical principles and wisdom.

Above all, Weider wants audience members to recognize the need to show compassion to everyone.

“Whoever is in your world — maybe you’re in high school, maybe you’re in middle school, maybe you’re an adult, and you have co workers — you never know what someone is going through. You never know what kind of battle they’re facing, what kind of insecurity they have. This movie really shed the light on these two women and the different struggles they’re facing, and by switching bodies, they realize what it’s like to be the other person. Don’t judge. Don’t assume some someone’s perfect, because we’re all going through our own battles.”

For more info on the movie SWITCHED, click here.

WORSHIP. Nothing is better than being in God’s presence. One thing that quarantine has taught me is that even though normal everyday things can be gone in a second, our identity and worth and purpose as children of God doesn’t change. ⁣ ⁣ Have you ever listened to a worship song and been so moved you felt like it was directly for you? One of my favorite songs is by Jesus Culture and it’s called “Miracles.” It reminds me of the presence of God and that He loves us so much. It reminds me that even when we can’t understand our circumstances, Jesus is still in control. ⁣ ⁣ God is still there and He is still on the throne. I really believe this will be used for God’s greater purpose and plan even if we can’t see it or understand it.⁣ ⁣ DOUBLE TAP if you agree and I would love to know- what’s one of your favorite worship songs you love? 👋🏼