Did God Time the Release of WAR ROOM? 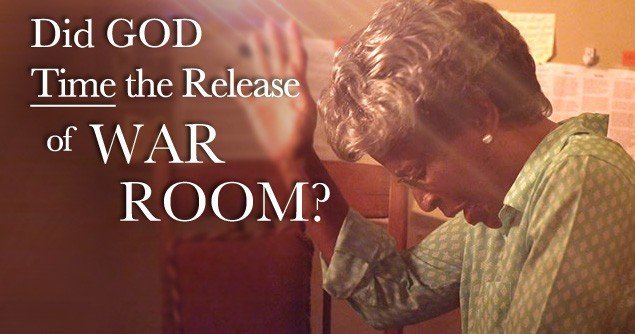 Did God Time the Release of WAR ROOM?

Bill Cosby, Stephen Collins and now Josh Duggar have been exposed for sexual immorality. Each presented themselves as stellar family men on television.

The worst horrors of Planned Parenthood are now on video on the Internet.

A Barna survey conducted for Proven Men Ministries has found that 63 percent of self-professing Christian men look at pornography at least monthly (19 percent at least once a day).

It’s as if the media is asking, “What have you done? What will you do about it?”

On August 28 the Kendrick Brothers’ new movie WAR ROOM provides an answer. The movie is about prayer and revival.

Josh Duggar has been a vocal advocate of Christian moral values, but now admits he was leading a double life. He is far from being the only one.

Josh Duggar lost a battle with lust. This battle that can only be won with repentance, prayer and God’s Grace. The great danger of a Christian “walk” is when we publically go through the motions of what a Christian is expected to look like, while privately allowing ourselves to be sucked into desires that are wrong.

The “war room” where we repent, submit and seek God’s will is the greatest defense against submission to evil desires. Easy religion tends to make prayer times less frequent and less effective. It’s simply hard to engage in serious prayer when you have one foot planted in Satan’s kingdom. While God remains near, He feels far away.

The price of lax religion is moral decline. It is a society becoming less and less like heaven. The result of a major revival of prayer is a major revival of morality. Such prayer is key to the redemption of the media that has been the purpose of Movieguide® from the start. Movieguide® recommends you see WAR ROOM and establish a war room of your own. This is a crucial time for fervent prayer.

WAR ROOM’s call to prayer seems timed perfectly to get people on their knees before God at a profound time in world history.

You can find our full review of WAR ROOM here!