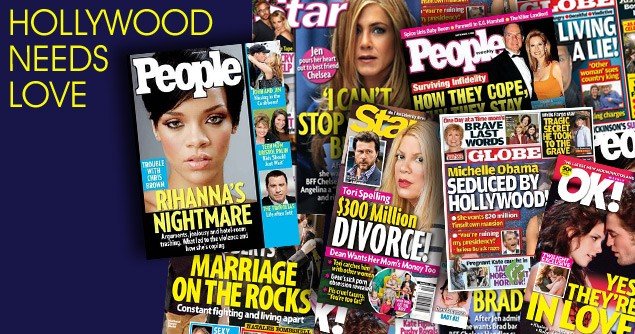 Movies are stories about people exhibiting character. Great movies have what’s called a “character arc” – a character in a movie goes through a series of events that test their very being. A great story develops character. The hero becomes a better person when put under pressure. Audiences like to be inspired. Nothing inspires like real love.

Consider the most successful movies so far in 2013.

IRON MAN 3 opens with Tony Stark confessing that his pride and arrogance brought on his problems. It then begins a character arc showing a prideful playboy being transformed into a less selfish, more loving man. He endures circumstances. He does not give up. He is humbled. He combats injustice and rejoices when the truth wins out. He professes a self-sacrificing love for one woman. Is he perfected? No. Does he move in an admirable direction? Absolutely.

DESPICABLE ME 2 is the continuation of a story about a heartless criminal becoming a warm-hearted family man. Where he once took pleasure in popping children’s balloons, he is now willing to lay down his life to protect three little girls and a partner he has come to love. Here is the boy who was ridiculed in school as being unloveable becoming an example of real love in life threatening circumstances. The story, told with tremendous humor, empathy, and adventure, ends with real love triumphant.

Real love is great, not just because it’s good for the world, but because it is good for box office. The world would be so much better off if Hollywood was making trillions telling more stories of true love.

The Lack of Love

One of the greatest problems on earth today is the decline in successful marriages. More and more children are being raised where they cannot see real love being demonstrated by their mother and father. A movie lasts about two hours. Children see what their parents model for a lifetime. How many children see their parents model patience, kindness, humility, politeness, unselfishness, forgiveness, integrity, truthfulness, faith, hope, and endurance? How much better would life be if these character traits were more common?

Vulgarity is the verbal opposite of love. It is prideful, arrogant, insulting, and rude. Often its very purpose is to confront someone to a contest of wills. It inspires violence and revenge. Even when used among friends as punctuation, it’s evidence of a low character.

When used in movies, it debases culture and reduces box office. Many people who would have enjoyed the premise of the movie THE HEAT will not see it because they’ve learned it contains massive amounts of obscenity.

Real love is not goody-two-shoes boring. In THE PASSION OF THE CHRIST, Jesus models real love while being tortured and crucified. In THE LORD OF THE RINGS Frodo shows the courage and unselfishness of real love in a monumental adventure. Even in caution required THE HUNGER GAMES and TWILIGHT movies, the box office draw is the unselfish love that’s demonstrated.

The reason the TWILIGHT movies were a hit was because women and girls are starved for men of character – men who are more interested in real love than in sex. Lust and infatuation movies do not have the draw of stories of real love. Real love isn’t just about romance. Real love can be for your children, your countrymen, or the poor in Calcutta. Real love can be shown by robots, as in WALL-E, or by toys, as in TOY STORY. The story possibilities are endless. The profit potential is huge. The need for such movies is dire.

The Consequences of Failure

The lack of real love increases violence and poverty on both the small scale and the large. Our prisons are full of children who learned to cuss but not to love. Our welfare rolls swell with those whose parents who failed to show each other true love. Our national debt is climbing to dangerous levels because Americans are not learning to love.

Look at any of the magazines in your typical grocery store checkout line and you can see how Hollywood suffers from a lack of real love. The magazines are full of the love tragedies of the stars.

The major studios are going though a tremendous transition brought on by advancing technology, but there will always be lots of money to be made with great stories of true love.

IT’S A WONDERFUL LIFE, released in 1947, will continue to be popular on any technology you care to name. People will still want to see SARGEANT YORK, CASABLANCA, THE SOUND OF MUSIC, and THE BLIND SIDE for years to come.

The Formula for Success

When getting married or making a movie, real love should grow. There should be growth in patience, kindness, humility, politeness, unselfishness, forgiveness, integrity, truthfulness, faith, hope, and endurance.

When someone in life or in the movies exhibits such character, especially when faced with difficult circumstances, it’s hard not to love them. They inspire. Characters that audiences love are box office gold.

Sadly, the major studios, and even more most independent filmmakers, pour out movies filled with hateful language, vengeful characters and people more interested in sex than in real love. Such movies seldom do well at the box office and aren’t the kind of movies that will still be popular in 50 years.

Would you rather live in a family or culture filled with impatience, meanness, pride, profanity, selfishness, vengefulness, dishonesty, and discouragement? Why would you want it in your movies?

Hollywood can inspire. It makes much more money when it does. There’s simply no good reason to make more R-rated, vulgar movies than any other kind.

What the world needs now, and wants now, is love, especially the love of Christ that surpasses all knowledge and all understanding, yet fills us with the fullness of the infinite God (Ephesians 3:19).