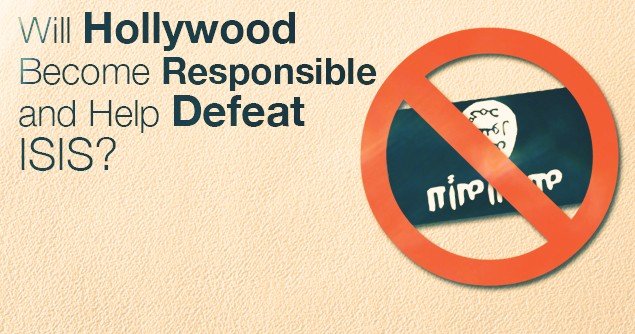 In the midst of World War II, Hollywood took seriously its responsibility to inspire defense of American values against the values promoted by Hitler and the Japanese militarists. The studios made commercial movies and training films in support of the war effort. Some of these movies even exposed the brutal fascist, racist ideology of the National Socialist monsters.

Between 1942 and 1945 Frank Capra made seven movies entitled WHY WE FIGHT. Capra said, “I thought of the Bible. There was one sentence in it that always gave me goose pimples:  ‘Ye shall know the truth, and the truth shall make you free.’” Capra said he would, “Use the enemy’s own films to expose their enslaving ends. Let our boys hear the Nazis and the Japs shout their own claims of master-race crud – and our fighting men will know why they are in uniform.”

Today, Germany and Japan are our allies, but the racial superiority “crud” promoted by the Axis powers in World War II has been vanquished. As Capra noted, “The truth will set you free.”

The truth the world needs to know today is that the values promoted by ISIS are just as evil and dangerous as Hitler’s belief in a master race. Where Hitler believed he was justified in exterminating Jews and subjugating non-Arians, so ISIS and their Islamofascist comrades feel justified in beheading infidels and subjugating the entire world to Sharia law.

World War II need not have happened. It happened because Hitler and his ideas were not opposed soon enough. Had large enough numbers of the German people themselves opposed Hitler’s beliefs, he would never have risen to power.

Today, ISIS is beheading children and creating armies of refugees. The longer the world delays in putting an end to ISIS, the harder it will be to do so and the more innocent people ISIS will kill before it’s stopped.

In the 1930s, it became clearer and clearer what Hitler was doing. Much of the material used in Capra’s WHY WE FIGHT movies was footage filmed in Germany during the 1930s. Hollywood was afraid to oppose Hitler until after Pearl Harbor, even though many in Hollywood were aware of what was happening. A number of prominent people in Hollywood were European Jewish emigrants — including some who fled Hitler.

Imagine if the world had been outraged with Hitler in 1933. There might not have been a war. The German people themselves might have rejected the whole master-race philosophy.

Will Chicago become the next Pearl Harbor before Hollywood chooses to defend American values?

Does anyone who sees journalists and aid workers beheaded doubt that Islam is as dangerous and also believes in racial superiority?

The problem in Germany in 1942 was not the German people. It was the twisted National Socialist philosophy. The problem in the Middle East is not Syrians, Iraqis and Iranians. It’s the belief that “infidels” should be beheaded, that women are the property of men, and that Mohammed commanded militant world domination. The Syrians, Iraqis and Iranians content to live in peace with everyone else aren’t a threat to us or each other. Like Germans, they only become a threat when they adopt the Islamist ideas that lead to atrocities.

To avert a massive bloody war, you need to win the war of ideas. You need to defend morality. As Frank Capra did, you need to stand up and promote the values that keep us free.

Will Hollywood get the courage to defend those values today?

Will the major studios make WHY WE FIGHT ISLAM movies before some American city is destroyed?

Will we stop ISIS before it gets any larger?

Hollywood has a role to play. Will they play it?