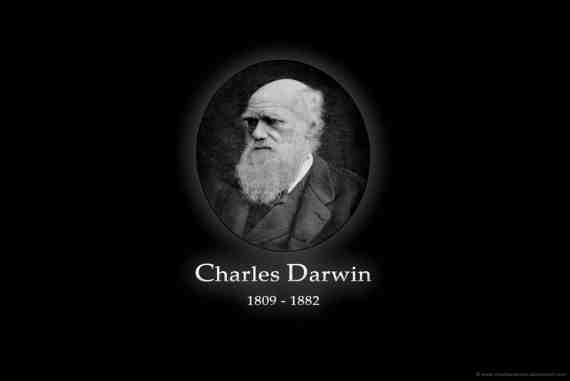 A backlash against banishing Christmas from the public square is in an uphill battle against liberal courts, the ACLU and the government itself. Last year, a message of discontent was sent to culpable retailers by the American Family Association and increasing numbers of American shoppers. Presents were

purchased and money spent where Christmas greetings were not only welcomed, but extended. Only because of the almighty dollar, and not the Almighty, have some merchants softened their opposition to the mention of Christmas. The underlying hostility, however, still brims as liberal courts, the ACLU and the government stand firm.

The assault on Christmas began in 1859 when figgy puddings were the rage. As 19th century families celebrated the birth of their Savior, a movement began to remove Christ from Christmas. It took root from the meandering suppositions of a man who, like his father and his grandfather, denounced Christianity. Seeking approval, the man proffered up a theory he believed would also win him favor with his agnostic, atheist and elitists friends. In defiance of God as Creator and armed with the new “theory,” those elitists looked down their noses at the reverent masses and their belief in a higher power.  The man was Charles Darwin. His theory, simplistic and unproven, was the theory of evolution.

Based on mid-1800 rudimentary science, devoid of empirical scientific data to support it, Darwin’s theory became the means to an end to replace God as both Creator and Sovereign over humankind and the universe. Darwin’s elites proclaimed all life evolved from nothing. Darwin’s bogus science provided what god-deniers needed to reject a Creator God. Based on Darwin’s “theory without a conscience,” Darwin’s elites logically extended — if there is no God, there is no Christ.  Evolution became the God substitute.

No God, no conscience, no problem – except for people being oppressed. Socialism, Communism and Fascism function best in a godless Darwinian society. One need only reference the likes of Karl Marx and the oppressive tyrants that followed:  Joseph Stalin, Adolf Hitler, Mao Tse Tung, and others in the book, Darwin’s Racists – Yesterday, Today and Tomorrow. All were great admirers of Darwin’s theory of evolution and adopted it into their ideologies. The same ideology of Darwin’s elites exists today among Washington’s elitist Progressives — allowing them to treat citizens however they deem necessary to thrust themselves into positions of power and control. They claim that rights come from government and not from God. The Marxist agenda being imposed by leftist elites in Washington today requires that “the government becomes god to the people.”

Should Americans be alarmed that Marxist, Socialists and Darwinists permeate our government today?  If over 80% of Americans believe in a Creator God, why does government mandate that only Darwin’s theory of evolution be taught to America’s school children? The path is laid open for an assault on Christmas when this “theory without a conscience” is accepted by parents, teachers, some churches and our citizens who allow themselves to be duped by a secular pseudo-science that scientists across the globe today declare is “bankrupt” and without credible scientific evidence to support it.

Blatant efforts to undermine Christmas are viewed by many as a first encroachment on the Constitutional right of freedom of religion.  Even though Socialists/Marxists in the White House, Congress, the school system, and the courts cannot decree, legislate, indoctrinate or adjudicate Christ out of Christmas for true believers, what is alarming — is that a move is afoot to do so. Last Christmas, an ornament depicting and honoring godless Communist tyrant Mao, who slaughtered over 70 million of his own people, hung on the White House Christmas tree, while manger scenes are banned from the public square.

To stop the Darwinian assault on Christmas, Christians must stop compromising Christ as the reason for their celebration; parents and teachers must take a stand against the indoctrination of their children in schools with an unproven Darwinian theory that substitutes evolution for God. Our government’s intrusion into faith must be held at bay by the Constitutional authority laid down by our founding fathers. Those who delude themselves that God plays a role in evolution need look no further than the bible. God’s word, which is extensive on all matters on life and human existence, makes no mention whatsoever of evolution, but is indisputably clear that God is not only an involved Creator, but determines who and what all forms of life are before birth.  Modern science has caught up with the bible as today’s scientists report recent DNA findings indicate that humans “do not evolve.”

The casual, uninformed and apathetic acceptance of the theory of evolution — that not only contradicts the biblical doctrine of creation, but is counter to the findings of modern science — has led to the growing plight of a material-based Christmas without Christ. Though anti-God and anti-Christ sentiment existed in the minority before Darwin released his theory of evolution in 1859, those attitudes increased exponentially up until today based on his “evolutionary theory without a conscience” that circumvents adherence to Godly principles.  Darwin provided the mechanism to perpetrate a great fraud based on dubious science. Today, reports abound about organizations structured to eradicate religion from the public square and public schools, such as the ACLU, that benefit from millions of tax-payers’ dollars in the process.

Top career scientists, once staunch Darwinists, now write that after years of study, they find that they have been “duped” by the invalid and flawed theory of evolution. For those who casually accept the intellectual dishonesty of Charles Darwin’s theory of evolution, who do not challenge the teachings of this man who openly damned the Christ-centered Christian faith — culpability also lies with those who decry, “What has happened to Christmas?”

Sharon Sebastian (www.DarwinsRacists.com) is an author, writer, public speaker and contributor to various forms of media including cultural and political broadcasts, print, and online websites.  In addition to the heated global debate on creation vs. evolution, her second book, Darwin’s Racists – Yesterday, Today and Tomorrow, highlights Social Darwinism’s impact on America’s political ideology today and its influence on current policy out of Washington