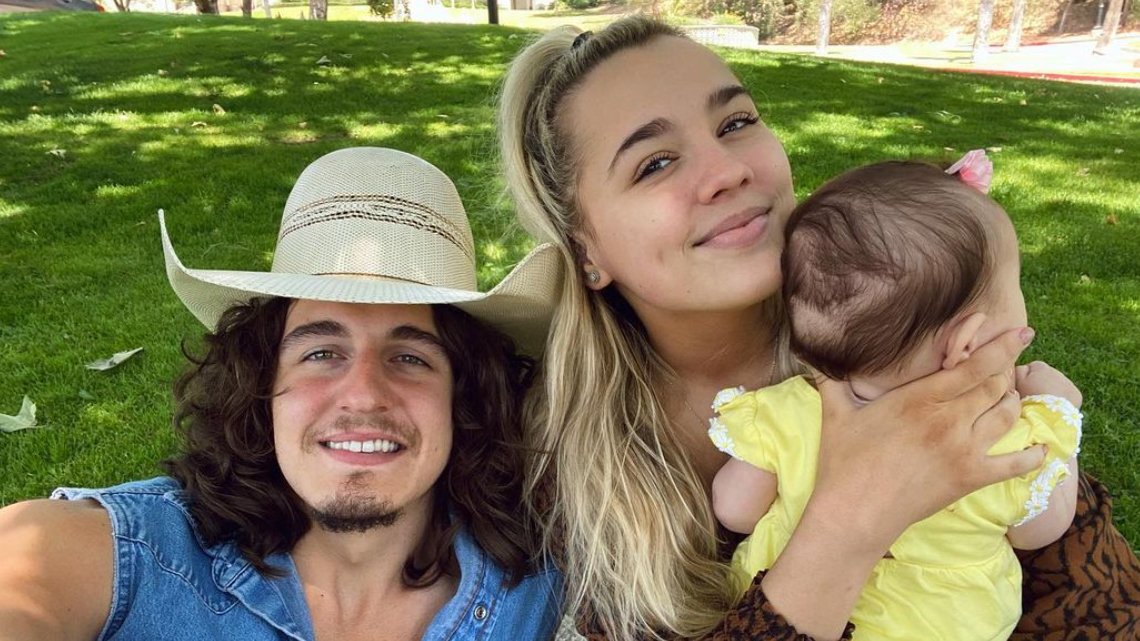 Former AMERICAN IDOL contestant Gabby Barrett has not slowed down, despite the unique circumstances of a worldwide pandemic over the past year.

The 21-year-old country singer earned nine nominees and Top New Artist at the 2021 Billboard Music Awards and became a mother in January with her first child with her husband, Cade Foehner.

In an exclusive interview with ET, Barrett shared her thoughts on the last year of successes.

“It’s overwhelming but in the best way,” Barrett told ET. “This is one of those things where it’s hard to put into words because it doesn’t really feel real. When you work for so long towards something and it actually happens it’s hard for me to switch gears because I’ve just been in the mode of trying to get to these places, getting on the award, and getting No. 1 songs. Now that you’re actually at the pit stop, ‘We’re here, we’re making a stop.’ It’s like ‘Whoa!’ It’s really cool.”

Despite only placing third in season 16 of AMERICAN IDOL in 2018, the run would kick start her music career and introduce her to her future husband. In 2019, Foehner and Barrett were married and announced the birth of their daughter in Jan. 2021.

“I had no idea this was going to happen. Ever since getting off AMERICAN lDOL and hitting back at the ground, moving to Nashville and diving into everything and working hard to get a record deal, writing songs, and really getting into the community, the music industry has been absolutely wonderful towards me,” Barrett said. “Which is extremely humbling. I’m very blessed for that.

“It has been a crazy roller coaster the past three years,” she added.

Although Barrett is thankful for the payoff of her hard work, she also notes that she holds on to her down-to-earth roots and, most importantly, her faith in God.

“I like to show people on social media [my real life]. Social media can portray just a lot of the positive things and the upsides…but not the nitty gritty of life,” Barrett said, adding that God is at the center of her family: “When I first got married, that changed me in a lot of different ways. It makes you grow up in a lot of different ways and then when you have a baby, you grow up in even more ways. My husband and I are very large Christians and we’re very firm in our beliefs.”

She continued: “There is a term in the Christian faith called ‘dying to yourself,’ and definitely when you have a baby you learn to die to yourself and everything is just about them. And it’s actually really helpful because you definitely become more selfless and help other people in a lot of different ways.”

Barrett is excited to share her life with her daughter and plans to bring her when she goes on tour.

“What it’ll kind of look like, we’ll have a tour bus. We’ll have our own home on wheels, which will be nice and exciting,” Barrett said. “She will definitely be with us. I’m really excited for her to kind of be able to watch us on the side of the stage, and as she grows, become more aware of what we do and songs and things like that. And then eventually we can write songs about her and it will just be so sweet.

“I’m definitely looking forward to getting to now experience live shows and performances, and all of those things, with her with us,” Barrett added. “She’s a very lullaby baby right now. So she loves music and falls asleep to little music.”