How Mr. Rogers Encouraged Fans On and Off The Screen 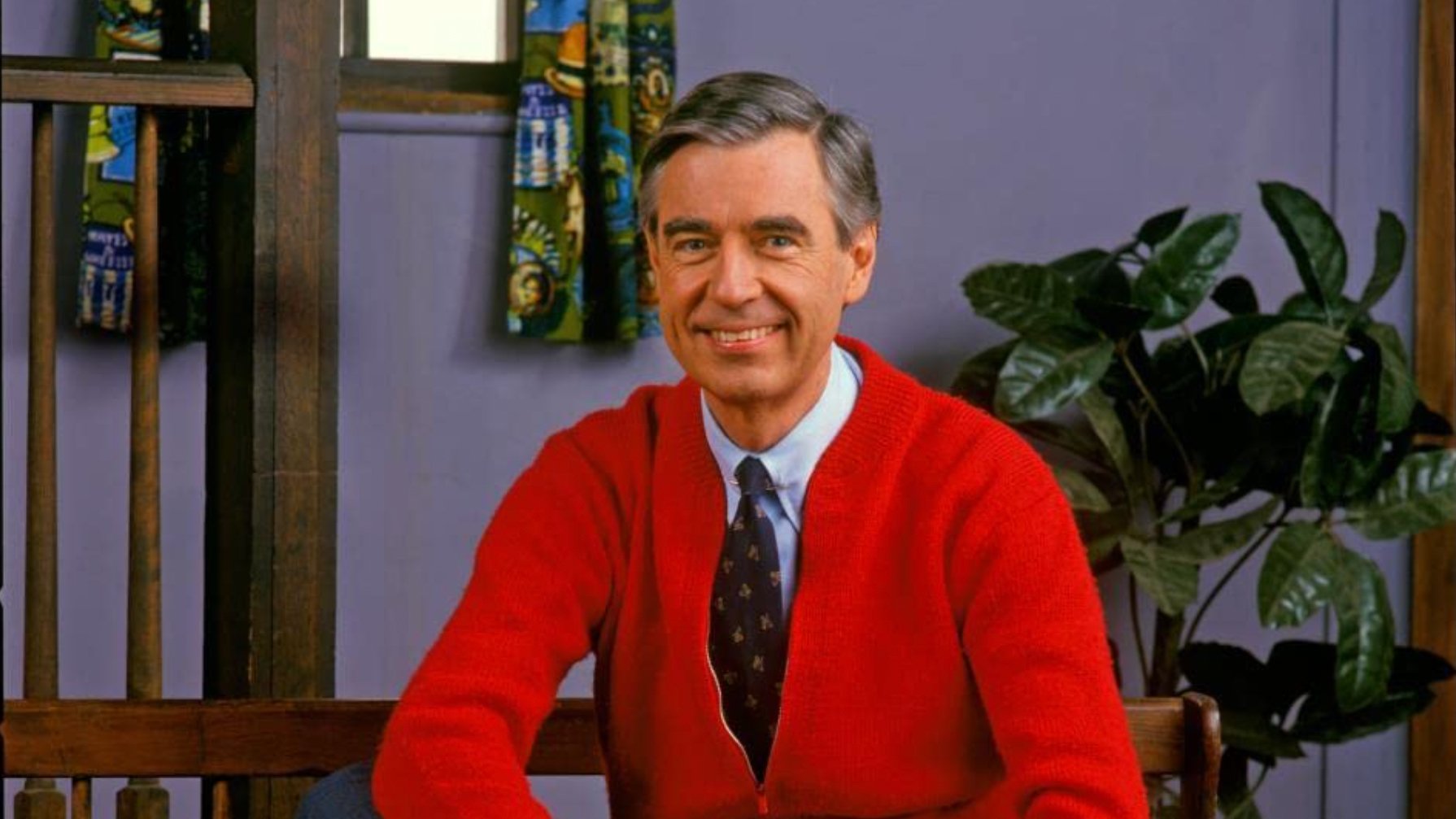 How Mr. Rogers Encouraged Fans On and Off The Screen

Best known by fans across the country as Mister Rogers, Fred Rogers became a beloved household name for his children’s TV series MISTER ROGERS’ NEIGHBORHOOD, which ran from 1968 to 2001.

Mr. Rogers captivated the hearts and minds of young audiences with his sing-song and optimistic attitude and his genuine love for people.

Mr. Rogers always said that his love for others came from his devotion to God.

“It’s a mistake to think that we have to be lovely to be loved by human beings or by God,” Rogers once said.

That idea carried through to his work on the television screen.

“The whole idea is to look at the television camera and present as much love as you possibly could to a person who might feel that he or she needs it. Human beings need to feel that they are lovable and capable of loving,” he said of his entertainment career.

In addition to his his credentials as one of the most popular TV hosts in history, Mr. Rogers practiced what he preached off-screen.

In a recent article from Guidepost, Karen Malena recalled an encounter with the TV personality that changed her life forever.

At just 12 years old, Malena was diagnosed with scoliosis. After weeks of preparation and isolation in a hospital bed, Malena said she felt alone and unlovable due to her condition.

“I was 12 years old, encased in a plaster body cast to stretch me out as much as possible before doctors inserted a metal rod in my back, an operation to straighten my spine,” Malena wrote. “The only thing I had to look forward to each day was a visit from my parents. Today I didn’t even have that. A recent rainstorm had flooded out the roads, and I was stuck, alone and hidden away from the world.”

She added: “Maybe I was just destined to be funny-looking, metal rod or not, I thought. I’d be alone forever. Never go on a date. Never have a boyfriend. Or a husband. I rolled my eyes to the side as best I could to catch a glimpse of the dozen or so girls in the ward with me, imagining they were all prettier than I would ever be.”

Malena said that celebrities and professional athletes would often visit the hospital. However, Malena’s next visitor didn’t fit the mold of a football or basketball player.

“A commotion in the doorway caught my attention. Obviously, a special guest had arrived,” she said. “Judging by his silhouette, today’s guest wasn’t a professional athlete.

“He stepped into the full light of the room and I gasped. It was Mr. Rogers from TV! Some would say I was too old for his trolley and the land of make-believe, but I’d never really outgrown him,” she continued. “Mr. Rogers had been such a comforting, loving presence to me while I sat glued to his show. When he smiled out at me through the TV screen, I believed he was looking right at me, seeing me for the sometimes frightened little girl I was. He seemed to understand, like no other grown-up I knew, how confusing the world could be. Or maybe he was the only grown-up who was honest about it. He would never say anything that wasn’t absolutely true. No wonder I trusted him completely.”

Malena said that Mr. Rogers approached each bedside with the same amount of love and authenticity that she had watched on the television screen as a child.

“By the time he made his way to me, I was thinking only of his kindness. He rested a hand on the railing beside my bed, looked down at me and smiled. A genuine smile, like the one I’d learned to trust when I was little,” she said. “The smile that meant he really saw me, just as I was. He reached out and lightly touched my arm. ‘What a pretty girl.’

“I was so stunned, I didn’t know what to say. Pretty. How many times had that word vexed me, sitting in front of my bedroom mirror, wondering if any boy would ever like me? But Mr. Rogers wasn’t talking about my hairstyle or my complexion, my crooked back or my clunky cast,” she added. “He had seen something truer, and I believed him with my whole heart.

“I was beautiful—and I always would be. That thought would have seemed impossible a moment ago. I couldn’t wait to leave the hospital after the operation and reenter the world with a different kind of healing… I didn’t need a boy to tell me I was pretty, even after I went on to high school and beyond. I was beautiful. Mr. Rogers had told me so.”