How Woke Ideology Is Becoming a False Religion 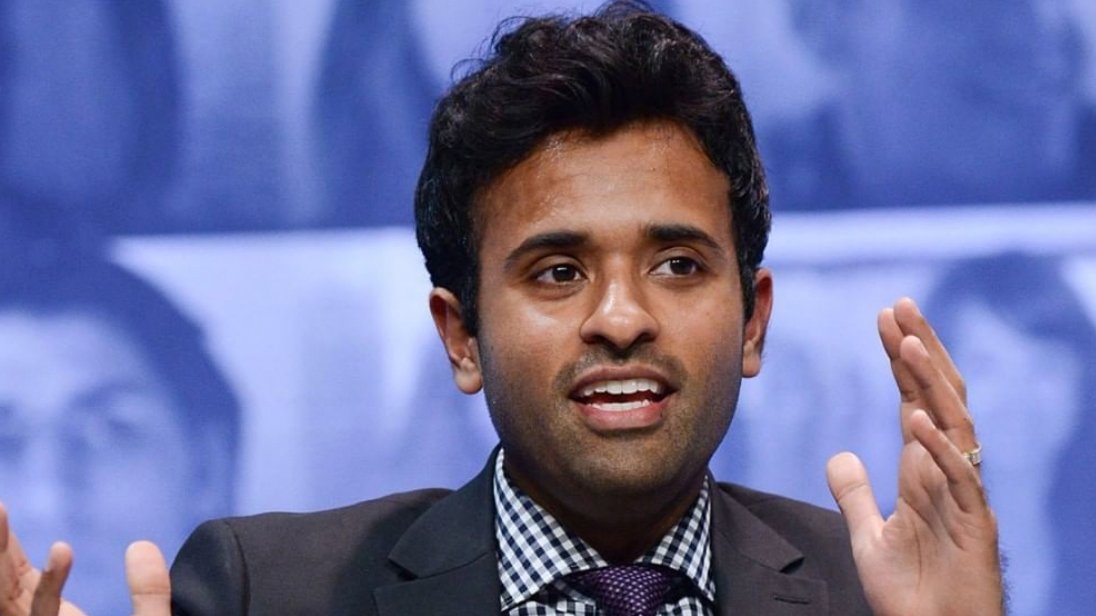 How Woke Ideology Is Becoming a False Religion

Author and political pundit Vivek Ramaswamy is taking a stand against “Wokenness,” even attributing the term “secular religion” to the new set of ideals that have captivated much of America’s education and political sectors.

Movieguide® continually warns about the dangers of false worldviews presented in media and entertainment.

As Movieguide® Founder and Publisher Dr. Ted Baehr writes in The Culture-Wise Family, “Whether consciously or unconsciously, consistently or inconsistently, everyone is influenced by a worldview – their set of presuppositions and assumptions (which may be true, partially true or false). Our worldview consists of those sets of beliefs and presuppositions that we hold about basic realities of our world. Our worldview determines our values, influences how we think and therefore guides how we live.”

That’s why a “woke” culture can be so dangerous.

In his new book, “Woke Inc.,” Ramaswamy makes a case for why “woke” ideologies are harmful to the individual and the country.

“When you have a moral vacuum that runs that deep, that’s when secular dark religions like wokeness start to fill the void as we have seen the things that used to fill that void: patriotism, faith, hard work on the decline or nearly disappearing – that’s what allows ‘woke-ism’ to effectively become opium for the American soul,” Ramaswamy explains.

Aside from his influence in the political sphere, Ramaswamy is also an ivy-league school graduate, son of immigrants, and the founder of Roivant Science, a biotech company that developed an FDA-approved medication for prostate cancer.

Despite his success in the scientific world, Ramaswamy noted that the more present danger is one of ideology.

“In the name of diversity, we have actually sentenced true diversity of thought to execution,” he said, adding that this is something that foreign countries are happy to witness: “What they’ve recognized is that American wokeness – they even have a word for it – this is cultural weakness.”

Ramaswamy added that the rampant hypocrisy from America’s leading global companies is evidence of the ideology’s dangers.

“They get companies like Disney, or Nike, or associations like the NBA or celebrities like LeBron James to criticize the United States relentlessly about alleged social injustice but they do not say a peep in China – in fact, many of them actually praise China and the reason they do it is because that is their condition to be allowed to enter the Chinese market,” he said. “One of them is Disney’s hypocrisy, in particular, saying they could not shoot a film in the state of Georgia if Georgia passed an anti-abortion statute – the equivalent of a heartbeat bill a couple of years ago but last year they shoot Mulan in the Xingjiang province of China literally ground zero of the Uighur human rights crisis and not only do they stay silent – at the end of the film they actually praise China – they thank the Xingjiang authorities at the end of the film in the credits – you can see it today. Those are the same authorities who are responsible for enslaving the Uighurs.”

Ramaswamy encourages Americans to stand up for the moral backbone upon which America was founded.

Meanwhile, according to Baehr, Christianity is the only worldview that answers all of life’s questions and gives believers a sense of purpose beyond oneself to better the country.

“Christianity is superior to all other worldviews because it is logical, it explains many different kinds of phenomenon and it fits the facts. As such, it provides a rational justification for judging what is good or evil, right or wrong, true or false and proper or improper. It also gives human beings a meaningful love and provides us with a document, the Bible, which can be empirically and rationally verified. By perceiving the worldview in a work of literature, cinema, video, television, game, or streaming program, we can determine the level that the work reaches with regard to Truth, Justice, Goodness, Love, and Beauty, as depicted in the Bible, the Word of God, which is embodied in Jesus Christ, and in the divine traditions which the One True God has inspired,” Baehr says.