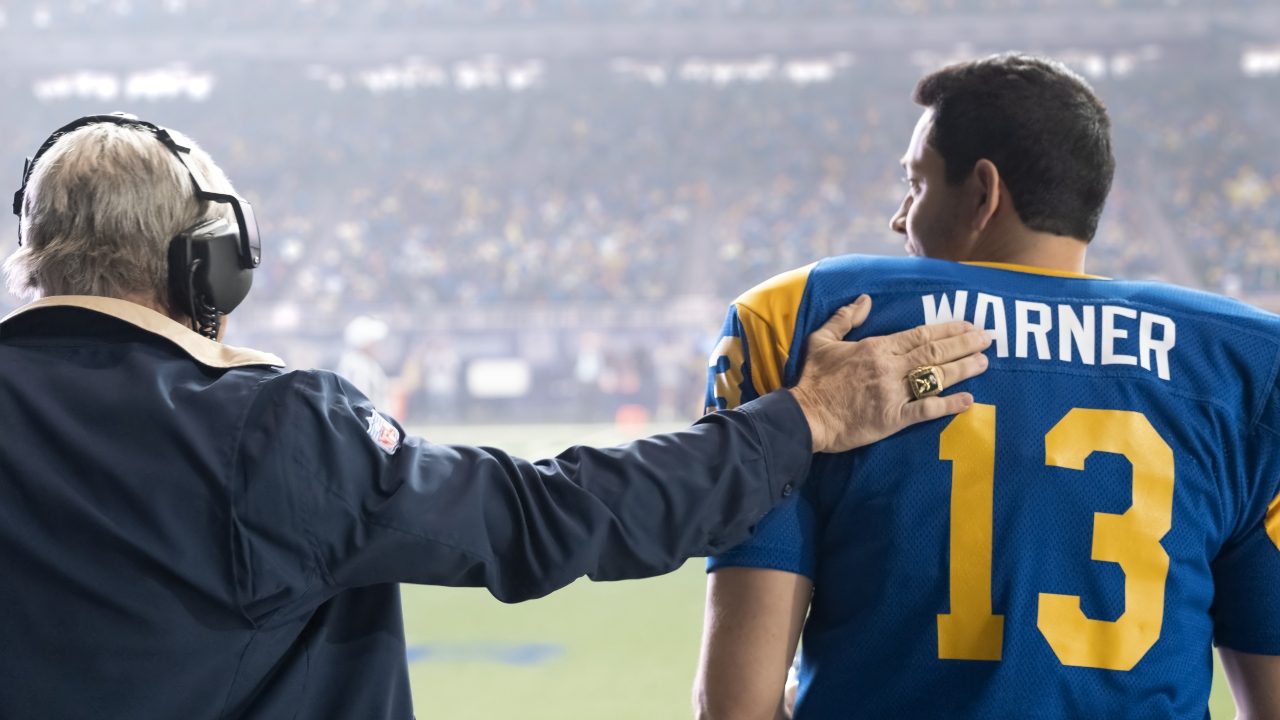 In a publication as progressive as the Los Angeles Times, it’s rare to see writers praise faith, much less profess their own Christianity.

Yet, that’s exactly what columnist LZ Granderson did when reviewing the faith-based movie AMERICAN UNDERDOG about NFL legend Kurt Warner, a vocal Christian.

“Admittedly, when I first learned the movie was being made by Christian filmmakers, I was disappointed. Not because I had a problem with the faith — I too am a Christian — but because religious films tend to be a little heavy on shots of gray clouds parting at just the right moment,” Granderson writes. “Thankfully AMERICAN UNDERDOG avoids making Warner’s story — especially as it pertains to his faith — cheesy. A lot of that has to do with the man who portrays him.

What makes AMERICAN UNDERDOG unique, Granderson says, is that the movie isn’t about faith, but includes faith in it.

It’s what director Jon Erwin calls “a rush of hope,” that he and his brother Andy want to include in their projects.

People are desperate to see hope on screen. They crave positivity and uplifting entertainment. In fact, this has been the trend for years in the box office.

Movieguide® has spent more than 40 years researching and studying the box office to determine that the more movies that include family and faith elements, the more money they make. It’s easy to pick a gratuitous outlier that makes headlines for “Oscar buzz,” but the truth is that parents and grandparents want wholesome content to watch with their children and grandchildren.

Sex doesn’t sell. Language costs studios money. The edgier the movie, the more likely studios are to drive away the droves of families who just want quality time at the theaters.

Part of what makes AMERICAN UNDERDOG unique is that it isn’t actually that unique – it’s part of a growing trend of positive movies hitting the box office. While no one preaches a sermon, the characters speak boldly about their relationship with God, praying on screen, and living out biblical principles.

However, what is impressive about this movie is that as Warner speaks out about his faith, other people are emboldened to be open about their own.

That’s what we need more of in Hollywood — bold, kind people who live out their Christianity in word and deed, especially on screen.