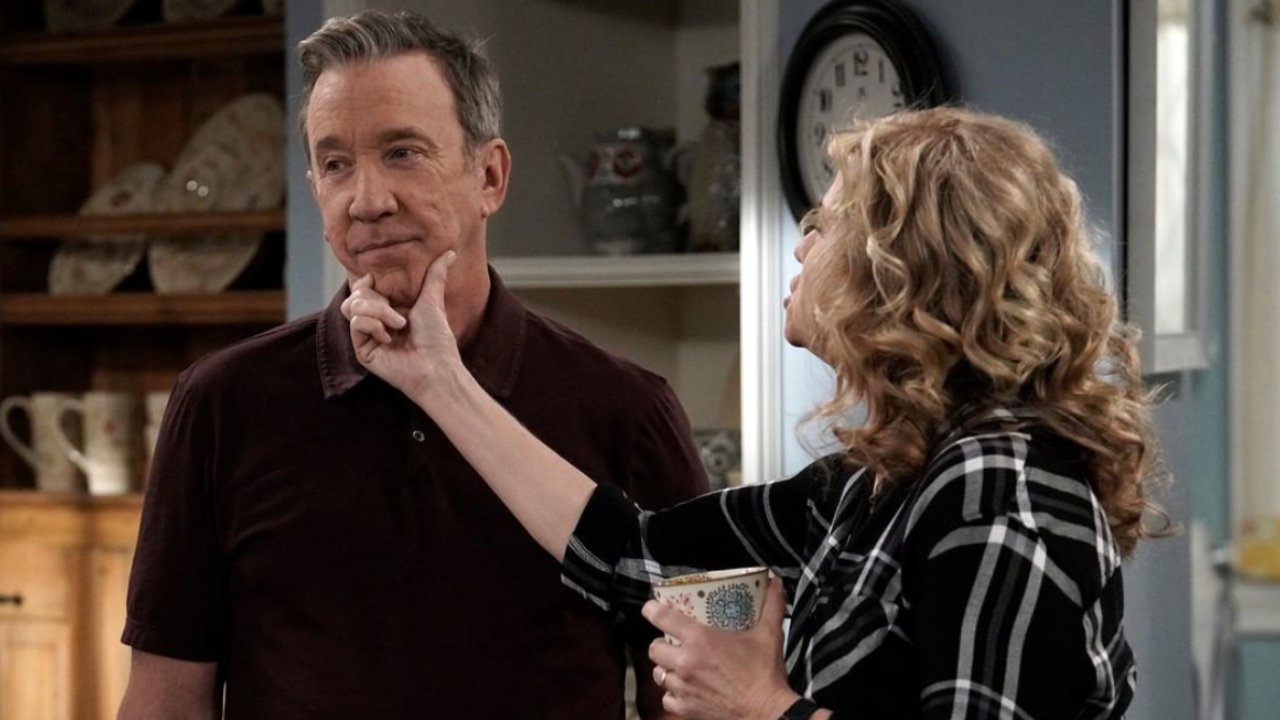 LAST MAN STANDING ended its season early due to COVID-19.

“We were so close…[production was shut down] one day before we were going to shoot everything,” said lead actor Tim Allen. “Everybody was ready to go, the actors were comfortable that none of us were infected so we were cool being in [close] proximity, the crew was going to move back a little bit.”

The actors ended the season’s story in a different way than the original script, which was an odd experience according to Allen.

“We’re all feeling like it was a half-cooked piece of bread, or a rain delay at a baseball game,” Allen told Fox News. “You’re all ready to go, you’re winning, it’s eight to four, everything’s good, you’ve got your best players in and the rain came and they’re going to cancel the game.”

Frowning gives you more wrinkles than laughing, so 😂 with an all-new #LastManStanding tomorrow at 8/7c on @foxtv.

LAST MAND STANDING originally debuted on ABC in 2011 and was cancelled in 2017. Thankfully, fans of the conservative comedy series rallied and LAST MAN STANDING aired again on Fox in 2019.

Still, Fox’s LAST MAN STANDING isn’t the only series that’s had to work with new health measures during this time.

Disney+ shut down production on its widely anticipated new series lineup: LOKI, THE FALCON AND THE WINTER SOLDIER, and WANDA.

GMA and LIVE WITH KELLY AND RYAN no longer include a live studio audience.

Did you watch the season finale of LAST MAN STANDING?