Why Do We Live in a Rotten Tomato Culture? 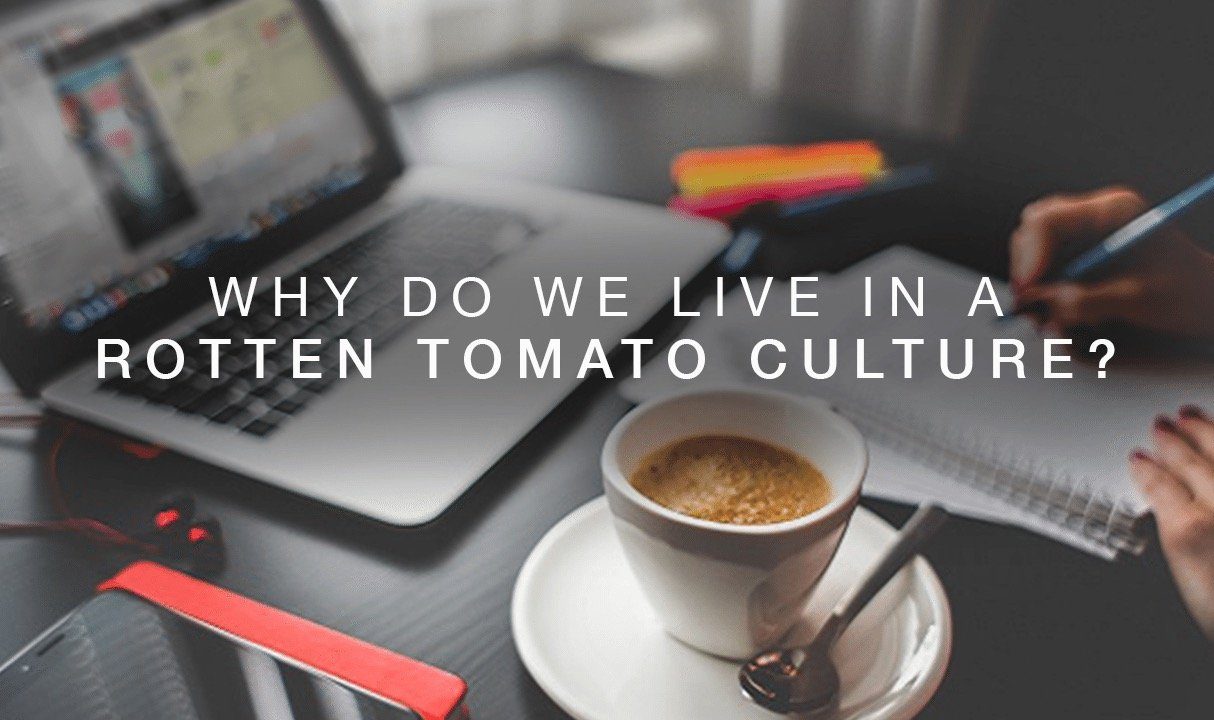 Why Do We Live in a Rotten Tomato Culture?

Director Brett Ratner (RUSH HOUR, HERCULES) came out pretty heavily against the website Rotten Tomatoes, a site that aggregates movie critics reviews into a “fresh” or “rotten” rating. At a film festival last month, he called it, “The worst thing that we have in today’s movie culture.”

Obviously, calling this the worst thing in movie culture is a bit of an exaggeration, however, Ratner isn’t wrong in questioning the approach Rotten Tomatoes takes. The effect Rotten Tomatoes has on movies may play into an Internet and social trend that impacts the way we discern, learn and engage with the world around us, and not always in the best ways.

Ratner’s company RatPac Entertainment co-financed the DC Comics movie BATMAN V. SUPERMAN:  DAWN OF JUSTICE. Though the movie was a financial success, pulling in nearly $900 million worldwide, it received so many “rotten” reviews from critics that it garnered a 27% score on Rotten Tomatoes and was tainted as a dud on all levels. Ratner went on to say he has only respect for the art of film criticism, but his issue lies with the fact that the system, whether it’s intended to or not, has created a culture where people will go or not go to a movie based on an aggregated score, instead of actually reading detailed reviews.

“When I was growing up, film criticism was a real art,” the Director noted. “There was intellect that went into that. . . . Now, it’s about a number. A compounded number of how many positives vs. negatives.”

Of course, Rotten Tomatoes probably isn’t out to destroy film criticism and dumb down our intellect, but it does feed into an Internet and cultural trend that enables people to never dig beneath the surface of anything. In today’s world where social media headlines dictate what we know, how many people would have disregarded THE PASSION OF THE CHRIST, if released today, because it had a rotten 49% rating from 260 movie critics? I like to believe that it wouldn’t have been affected, but when I often hear, “Oh, that movie had a bad Rotten Tomatoes score, I think I’ll skip it,” or sentences like that, I’m compelled to think Brett Ratner is right.

Beyond movies, have we lost our ability to dig deeply into a topic, or do we just want fast answers?

We live in an unprecedented age of information overload; good information, bad information, false information, pointless information. So much information that we get our cooking recipes from 60 second Facebook videos. We learn all we need to know about a situation or problem from the headline trending section on Facebook or Twitter, and we decide which movie to go to based on an aggregated score compiled of critics we don’t even know, much less agree with or even like their opinions. Maybe this concern doesn’t apply to you, but it does to many other people. We may have to make personal decisions to enter a season where we must filter the information we take in, and, instead of focusing on quantity, focus on quality. The risk we face of not practicing discernment in this area could prove destructive in more ways than we know, but ultimately, this mentality is something we have to choose to do personally.

That’s why we urge our readers to avoid Rotten Tomatoes and consult www.movieguide.org instead when it comes to what movies to see and not to see.

In conclusion, here are a few practical tips, or challenges, that can help us dive more deeply into truth, and continually grow discerning minds: