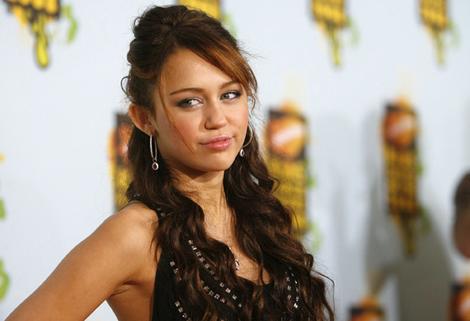 The evening of September 2, I was walking in downtown Chicago – on my way to an ICE-PAC event – crossing one of the bridges over the Chicago River, when I noticed a police boat motoring along with a movie camera attached to its front.

In the boat were a man and woman who looked to be having a good time: laughing, talking and perhaps playing a little lovey-dovey. Interesting, I thought. It didn’t look like the set of “Transformers 3,” the mega-budget Michael Bay flick which had blocked off various streets in the downtown area for the last couple of months, causing additional traffic headaches.

As it turned out, the


boat scene was for a forthcoming movie titled “LOL: Laughing Out Loud,” starring Miley Cyrus and Demi Moore. Out of curiosity, I did a little Internet research to see what the movie is about. Let me tell you, if you’re expecting a G-rated family feature, you can forget it. Miley, according to reports, plays a teenage girl who “has sex, engages in a lesbian kiss and smokes pot.” Lovely.

The “Hannah Montana,” good-girl image, which made Miley rich and famous, is something she’s eager to leave behind, it seems. She wants to be taken seriously now that she’s almost an adult. In other words, she wants to play a – pardon the expression – slut. Not to mention the way she’s reportedly been portraying herself in concerts in recent times: as a sex object. Her parents apparently don’t mind the, er, change of image.

The sad thing is, a number of Miley’s young fans will go to see the movie and will, at the very least, become even more desensitized than they probably already are, and, what’s worse, they may want to emulate her. And when those teens engage in risky and immoral behavior, who, or what, will benefit?

Think about it: Miley’s character in the movie is, in a sense, the archetype of what the abortion giant has been pushing for years in regard to teen girls. (Sarcasm on) Become sexually “liberated,” and when you do, we at Planned Parenthood will be there to help you with comprehensive sex education and contraceptives galore, and when those don’t work, abortion. And, if you happen to be a minor, well, your parents really don’t have to know about it. Then again, your parents may want to help facilitate things. After all, it’s important for parents to be their kids’ best friends, realizing that because you have a biological need to act out sexually, you should do so responsibly. And if you need the occasional abortion or statutory rape cover-up, we at Planned Parenthood, or some other government agency (ahem), will be more than happy to assist you! (Sarcasm off)

Just a little food for thought for fans of Miley Cyrus and Planned Parenthood.