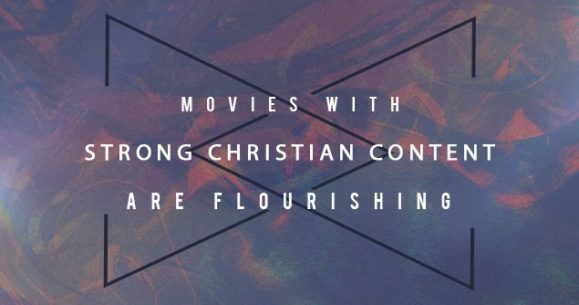 Miracles Made in Heaven:

Hollywood, Calif. – Movies with strong Christian, redemptive content and values are multiplying and flourishing, according to new 20-year and three-year studies.

“Movieguide®’s study didn’t just measure faith-based movies like THE PREACHER’S WIFE from 1996 and last year’s WAR ROOM,” Movieguide® Publisher Dr. Ted Baehr said. “We also studied major Hollywood movies with strong or even overt Christian content and values such as Disney’s 1996 animated classic THE HUNCHBACK OF NOTRE DAME and Universal’s blockbuster FURIOUS 7, both of which had overt, positive Christian content and values.”

Also included in Movieguide®’s database were small movies with Christian, redemptive content such as 1996’s CITIZEN RUTH and 2015’s CAPTIVE.

“For the last 20 years – and more – we’ve been showing Hollywood that movies with Christian faith and values not only inspire the human heart but also make good business sense,” Dr. Baehr said.

“Hollywood is listening, and God is clearly blessing our efforts and our strategy,” he concluded.

Now in their 31st year, CFTVC and Movieguide® are the largest, longest-running international, non-profit ministry dedicated to “redeeming the values of the entertainment industry by influencing industry executives and by informing and equipping the public about the influence of the entertainment media.”

Movieguide®’s Annual Faith & Values Awards Gala honors the best, most family-friendly movies and television programs honoring God and inspiring audiences with messages of Christian, biblical faith, hope, goodness, justice, redemption, forgiveness, and true divine love. At the Awards, Dr. Baehr presents highlights from Movieguide®’s Annual Report to the Entertainment Industry, a comprehensive financial analysis of the movie business showing what kinds of movies and what kinds of movie content moviegoers favor the most with their hard-earned money.