In the pilot episode, Tara must apologize to a female CIA agent in order to help her team uncover a spy ring. However, Tara does more than apologize, and the two women kiss very passionately.

According to Digital Spy, the moment marks the first time an LGBTQ agent was included an NCIS franchise opening season. 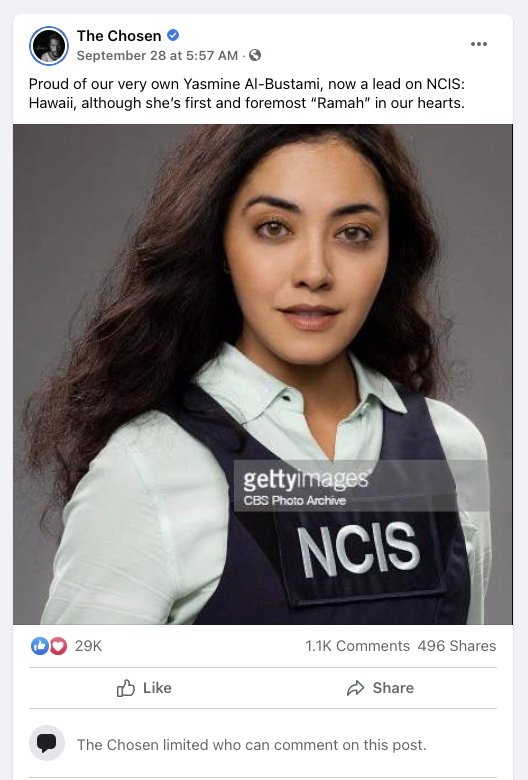 THE CHOSEN creator Dallas Jenkins has noted that many of the people who work on the show are not Christians.

NCIS, though, often promotes patriotic and conservative values that emphasize respect for law enforcement, and some episodes even include biblical themes such as justice, redemption, teamwork and forgiveness.

It’s disappointing to see a show that was initially rooted in conservative values do a heel turn to appease a vocal minority. Many of the original show’s loyal viewers will not watch the Hawaii spin-off due to its immoral and excessive content.

CBS’s hit show NCIS: NEW ORLEANS came under fire as fans accused the series of bowing a knee to the mainstream media. In particular, the show has been accused of displaying the sometimes violent riots as nothing more than peaceful protests.

“The latest episode somehow went further to appease a ‘burn the establishment’ progressive and her mostly ‘peaceful’ crowd,” Kornick wrote…

“Of course, the one person who doesn’t think the police are racist is seen as the unreasonable one. This leads to Pride trying to get Holland to reconsider his mindset on viewing the city as inherently racist. He even goes so far as to peddle the usual statement that the ‘vast majority’ of [Black Lives Matter] BLM protestors are just peaceful idealists being dragged by a few bad actors. Strange how the police never get that benefit of the doubt.”