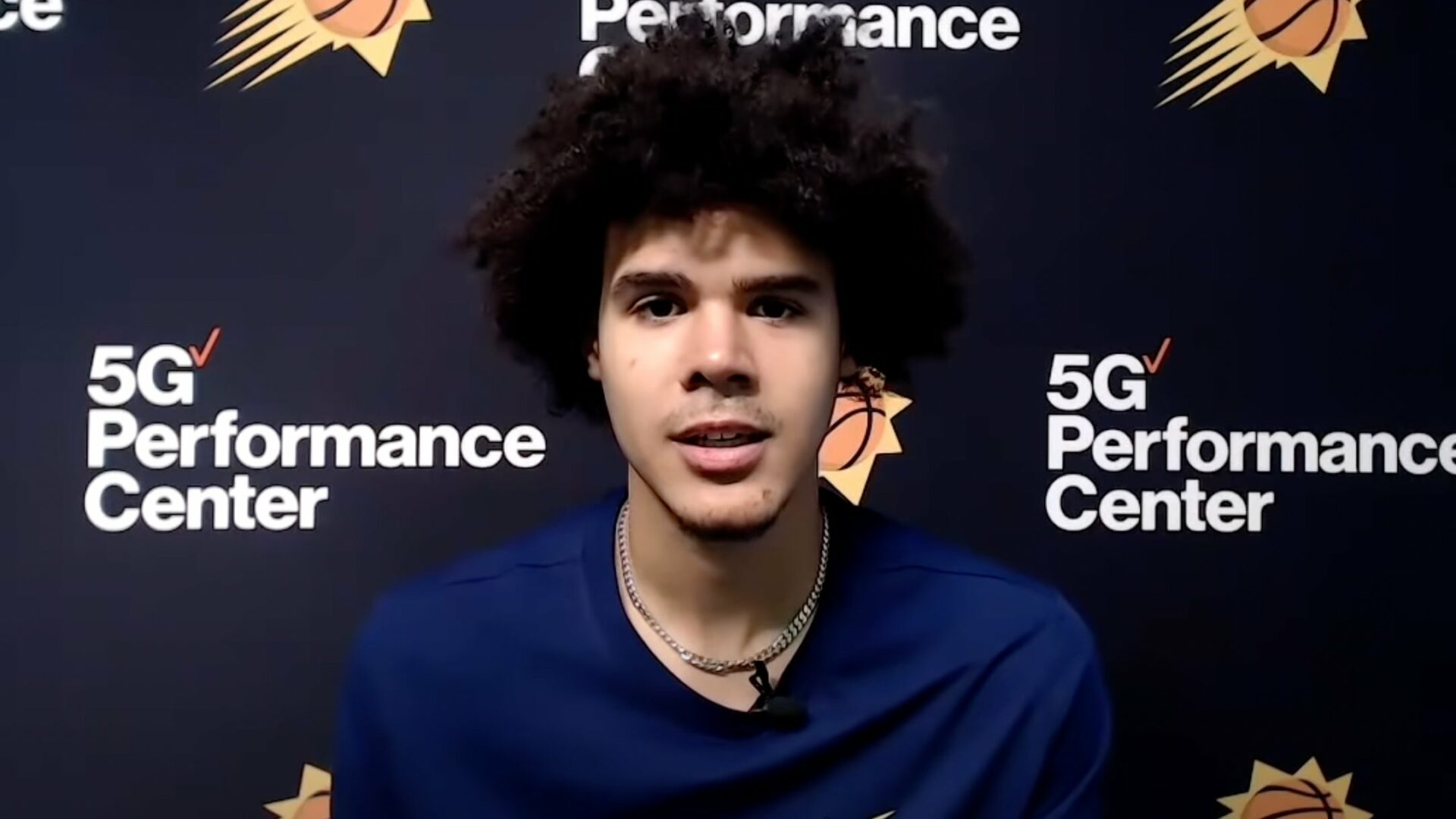 Cameron Johnson is ready to don his Suns jersey in his third NBA season with the No. 23.

Although “23” is easily recognizable as Michael Jordan’s number, Johnson revealed that his grandmother’s faith also inspired his decision.

“It comes from my grandma,” Johnson, 25, said in a recent press conference. “My grandma, she’s a prayer warrior to the fullest extent, and she kind of told my dad to use this Bible verse as a prayer every time you go into a game, into a competition, into an important meeting, whatever it may be. And he instilled that down into me.

Johnson added that he watched Micheal Jordan as a child and his middle name is Jordan.

Cameron Johnson was a big Jordan fan growing up but there’s a bigger reason why he decided to wear the number 23 on his back.

“So 23 is a huge number of significance to me… There’s no number that has the tie to me as 23 does because of Psalm 23 and because of… my middle name is Jordan and I watched Jordan videos growing up like none other.”

The Lord is my shepherd; I shall not want. He makes me lie down in green pastures. He leads me beside still waters. He restores my soul. He leads me in paths of righteousness for his name’s sake.

Even though I walk through the valley of the shadow of death, I will fear no evil, for you are with me; your rod and your staff, they comfort me.

You prepare a table before me, in the presence of my enemies; you anoint my head with oil; my cup overflows. Surely goodness and mercy shall follow me all the days of my life, and I shall dwell in the house of the Lord forever.

Read Also: Phoenix Suns Coach Monty Williams Relies on His Faith in Coaching: ‘The Essence of My Coaching Is to Serve’