How To Produce a Hollywood Movie and Television Show 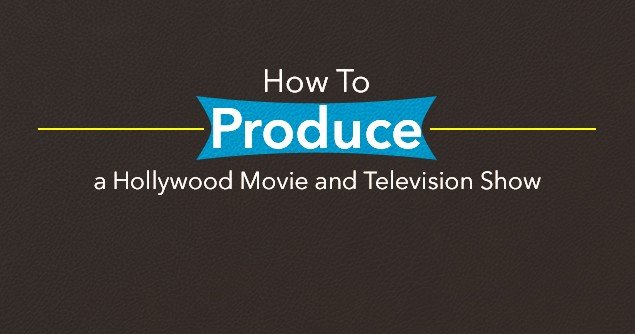 How To Produce a Hollywood Movie and Television Show

One of the best conferences every year is the PGA’s “Produced By” Conference. Some of the talks, such as Joe Roth’s, are absolutely extraordinary. Even so, of course, some of them leave something to be desired.

The first session I attended was called “One World, Many Choices.” It gave an important insight into the tax and other incentives available throughout the world.

Joe Chianese hosted the panel and brought focus to understanding the issues. He noted there are 39 state incentive programs in the U.S. and more than 30 worldwide, with many being added every year, such as Malaysia. Incentives raise as many questions as they answer, not just about what tax rebates or monetary funds does the movie or TV program get, but also the production services. Some places with great incentive programs have only one or two crews who know anything about filmmaking and, therefore, are hard for multiple companies to produce their entertainment product.

Ty Warren, EVP of Legendary Entertainment, said the questions are, is the money transferrable, what is the cost of infrastructure. Legendary of course does big blockbusters such as GODZILLA.

Chianese pointed out that laws can change while you’re prepping your movie, such as Michigan, which had a great incentive program and then changed overnight, leaving empty studios and underused crew. In other states, the amount of paperwork is egregious.

Yolanda Cochran of Alcon Entertainment said they shot THE BOOK OF ELI in New Mexico. It was a good location with good crews, but, by the time they were finished, the state required 12,000 pages of expense information, with two agencies looking over their shoulders and delaying the return of the money from the incentive program for years.

Georgia Kacandes of HUGO and WOLF OF WALL STREET said one big director wanted to shoot in Malaysia just so he could take his family there, but the incentive program became unwieldy.

The film commission officer from North Carolina told the Hollywood crowd that they got a new government installed to get what they wanted. North Carolina is famous for funding some pedophile movies, such as HOUNDDOG. Concerned families were trying to change what they funded. So, it’s a great concern that Hollywood has the clout to override the will of the people in such a state.

Another panel was called “How Many Wrongs Make It Right?” It talked about the need for insurance and the incredible requirements of states in terms of safety and other intrusions into the production.

Ellen Schwartz, who’s produced some of MOVIEGUIDE®’s favorite movies such as PRINCESS DIARIES 1 & 2, RAISING HELEN and RUNAWAY BRIDE, said they were producing a movie on the plight of the dispossessed Sudanese entitled THE GOOD LIE. They wanted to hire real refugees. One of them didn’t have a birth certificate because she was born in a refugee camp, and it took days to get them to the location in Africa. All of this has to be covered by either a contingency budget or insurance.

Jenni Hankey talked about shooting an earthquake movie in Los Angeles, after shooting PACIFIC RIM,  and how the heat and downdraft in the canyon forced them to withdraw from the location. This again put pressure on insurance and contingencies.

When someone gets hurt on the set, OSHA will shut down the production. Since scores of people work on a production, every shutdown and every delay is very expensive.

One of the big topics at the conference was the future of independent movies and television in the wake of the new digital platforms, including mobile platforms, available to people working in the entertainment industry.

Most of the producers and executives working in the new digital platforms said, although they are looking for more traditional television programs, they also want programs that are unique and different. Storytelling is still the key to everything, they said.

“You have to stand out in a unique way,” Laura Allen of Yahoo agreed. “It has to be compelling.”

Sam Toles of Vimeo, a streaming platform, said his company is looking for all kinds of independent movies and strongly believes that the future in that market through online streaming is very strong.

Rena Ronson, co-head of the Independent Film Group at the United Talent Agency, said her company is also looking for faith-based movies.

Legendary film director and producer Francis Ford Coppola (THE GODFATHER, APOCALYSE NOW and PEGGY SUR GOT MARRIED) said he’s excited about the future of digital technology. Coppola said one future possibility that excites him is the idea of making “live cinema,” where digital technology could allow a filmmaker to show a movie theatrically at the same time he’s putting it together in the editing room, harkening back to John Frankenheimer’s (THE MANCHURIAN CANDIDATE) early work in live television. Each theatrical showing could be different, he said.

He also advised beginning filmmakers to stick with independent movies so they could retain artistic control and make movies that are more personal.

“The world is rapidly changing,” Coppola concluded. “I don’t know what the results will be, but I’m very optimistic about the future of cinema and the world.”

The high point of the conference was Joe Roth, who has been the head of production at two studios (20th Century Fox and Walt Disney Company) and has been responsible for 400 movies. Right now, he has three very successful movies in theaters, HEAVEN IS FOR REAL, MALEFICENT, and MILLION DOLLAR ARM. Joe stated some very common sense facts most people forget.

Many of his movies were in the public domain, so he didn’t have to pay a dime for them. They were movies that would create urgency for people to see them. Joe believes his movie has to appeal to a segment of the audience in a way they can’t resist, and you have to know to whom you’re selling. For instance, since everyone asks about life after death at some point, HEAVEN IS FOR REAL was a movie that had a built-in audience.

Joe gave sound advice for developing packages, marketing your movie to the companies. He said there are only four major movie companies today: News Corp, Comcast, Disney, and Time Warner, and two big independents, Sony and Paramount. They don’t need your money, but they do need your intellectual property. He said the producer is key.

Often, Joe hires new directors (for example MALEFICENT ), so he can become involved in more of the production and can retain control. Of course, he wants the director to show genius in the particular areas he needs. Joe talked about the importance of marketing.

He said, once you develop the idea, everything is sales. You have to have a uniform campaign that markets the intent of the producer, which may not be what is actually produced. For instance, ALICE IN WONDERLAND isn’t just a travelogue. It’s a movie about political revolution against the Red Queen.

He said almost all of his movies focus on themes such as redemption, someone being nice to someone else, and a second chance. Of course, HEAVEN IS FOR REAL had all of that, and as far as Joe’s concerned, content is king.