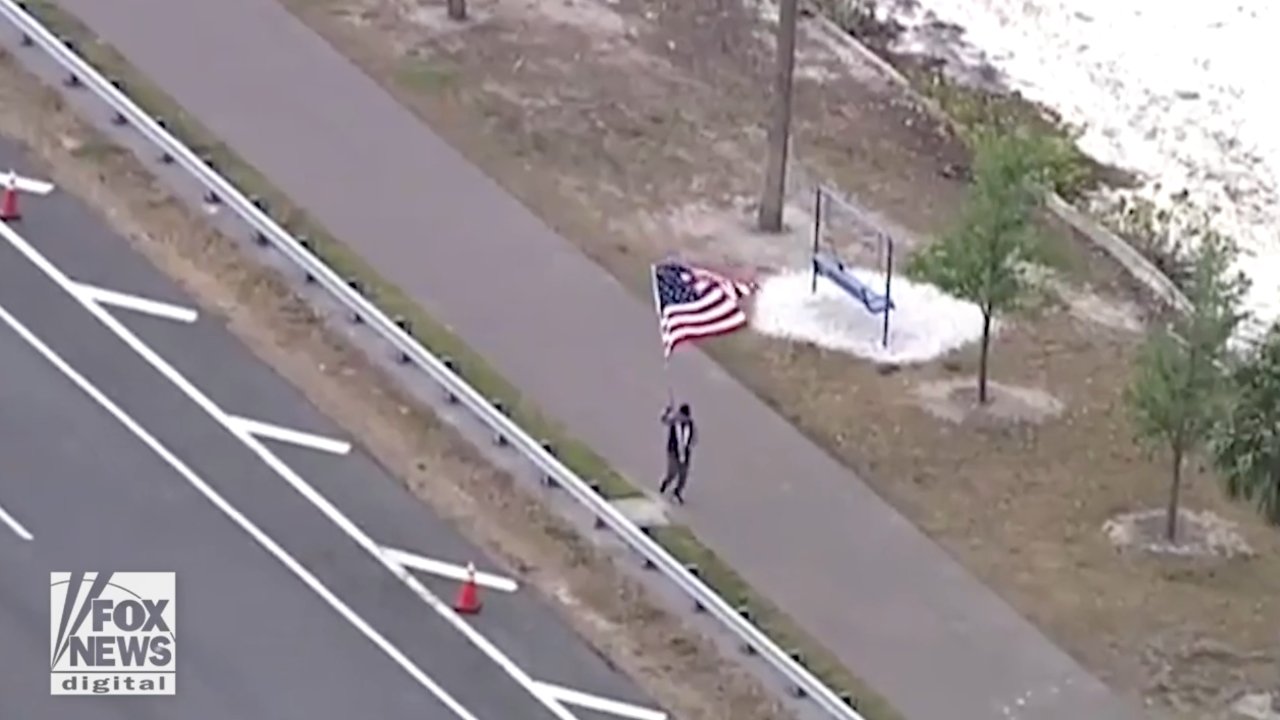 Florida’s running man stepped up to the plate when he saw his community needed support.

Chris Wauben, a resident of Holiday, Florida, went on a 7-mile run carrying a 6-foot-by-10-foot America flag. Wauben did this to honor the health care workers on the frontlines of COVID 19.

The Florida resident told Fox News he began running 10Ks a few decades ago while wearing a Santa hat.

“I’ve been running with the American flag for probably about 10 years now,” said Wauben.

It was 10 years ago when he completed a 30-mile run in Miami that he added the American flag with his Santa hat, and, “people absolutely loved it,” he said.

These actions got him the nickname “The Running Man” of Florida.

Now, Wauben always carries at least one flag on his runs.

Last Wednesday, Wauben explained why he decided to take on another one of his inspirational runs.

“With everything going on, and watching people being so stressed out … I know how much the American flag brings smiles to peoples’ faces, and just uplifts them, and makes them feel better.”

“From the second I got going, all the people [were] honking their horns, and waving,” Wauben said.

He added, “It makes me happy, making them happy.”

The running man told Fox News he hopes his runs will inspire those working day and night on the front lines to keep pushing through.

“I think this will really inspire the doctors and the nurses and the first responders, that we’re all going to make it through this OK. And this just inspires them to keep on going, and stay strong.”