SON OF GOD and the Flood of Christian, Biblical Movies in 2014 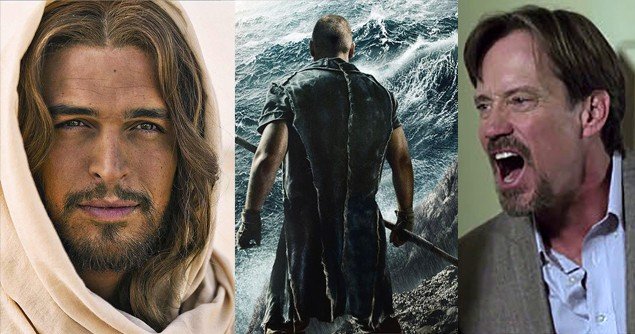 Feb. 28, 2014, marks the first wide release of a Christian or biblical movie since 2011’s COURAGEOUS and SOUL SURFER – SON OF GOD.

SON OF GOD also marks the first wide-release movie about Jesus since Mel Gibson’s brilliant THE PASSION OF THE CHRIST (2004).

On March 28, 2014 Paramount Pictures will release NOAH, a biblical epic starring Russell Crowe and Anthony Hopkins. The poster proudly proclaims “The end of the world is just the beginning.”

However, SON OF GOD marks the first time in more than 15 years since a major Hollywood studio has put major money into a movie aimed at depicting the life of a biblical character, since 1997’s THE PRINCE OF EGYPT about Moses.

20th Century Fox is releasing SON OF GOD, a movie version of the Gospel portion of THE BIBLE that aired on The History Channel in Spring 2013. In December, they’re scheduled to release EXODUS starring Christian Bale as Moses.

Sony Pictures has HEAVEN IS FOR REAL scheduled for release in April. It’s based on the popular book telling the story of a boy who died, went to heaven, and came back to tell about it.

Warner Bros. has its own Moses movie, GODS AND KINGS, in the works, but no release date has been set. They had hoped to get Steven Spielberg to direct, but he turned them down. And, there is talk at MGM about a remake of one of the greatest Christian epics ever made, BEN-HUR.

Be that as it may, 2014 is shaping up to be another watershed year in Hollywood for faith-based movies. Thirty years of effort by Movieguide® and other Christian ministries is paying off.

The following is a slate of 2014 movies that may be of great interest to people of faith and values. As always, look for Movieguide®’s reviews at www.movieguide.org, because even well-meaning productions sometimes have objectionable content.