THE BLIND SIDE Nets No. 1 in Hotel Movie Rentals 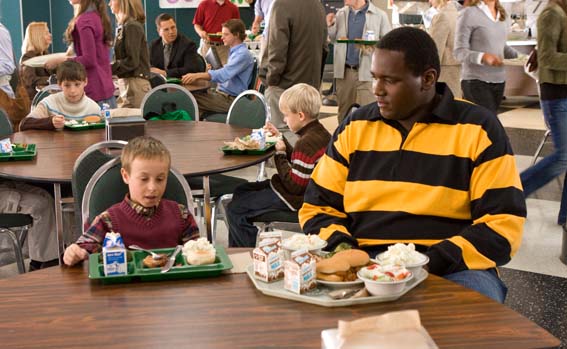 The award-winning blockbuster Christian hit THE BLIND SIDE, starring Oscar winner Sandra Bullock, took the Number One spot as the most-ordered hotel movie of 2010.

THE BLIND SIDE won last year’s $100,000 Epiphany Prize for Most Inspiring Movie of 2009 at the 18th Annual MOVIEGUIDE® Faith & Values Awards Gala and Report to the Entertainment Industry.

The Epiphany Prize is given to the best movie that results in “a greater increase in man’s love or understanding of God.”

The following Top 10 List is based on hotel pay-per-view rentals calculated by the largest hotel entertainment provider, LodgeNet, which provides movies and other programming to 1.7 million rooms.

1. The Blind Side (Warner Bros. Pictures)

THE BLIND SIDE tells the inspiring true story of Michael Oher, a homeless and introverted African American high school student who is welcomed into the affluent Tuohy family, where he receives the compassion, love and encouragement he needs to flourish and succeed, ultimately leading him to a professional football career.