The New President of MGM Television is Mark Burnett! 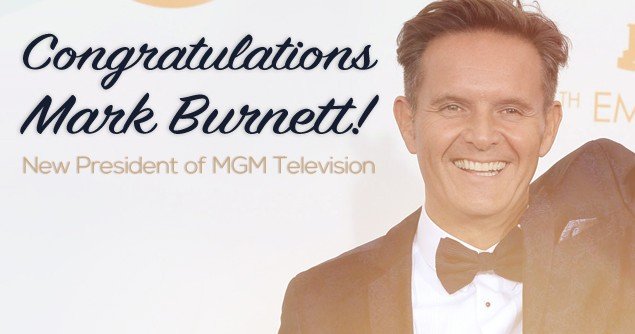 The New President of MGM Television is Mark Burnett!

In many Christian homes across the country, Mark Burnett and Roma Downey have become well known names thanks to their TV shows THE BIBLE and The MOVIEGUIDE® Award winning movie SON OF GOD. Already the biggest producer in television, Burnett has built a reputation for producing the hit reality shows SURVIVOR, THE VOICE and of course, SHARK TANK, and now he’s making his next step, signing a five-year contract as president of MGM Television and Digital Group.

Burnett stated that, “Joining MGM under the incredible leadership of Gary Barber is an exciting new chapter of my television career.” He continued, “Demand for quality content is stronger than ever, and the opportunities to grow our pipeline and develop projects from the wealth of Intellectual Property in the MGM and United Artists libraries are enormous. There is no better time to be creating premium content for distribution across multiple platforms.”

Both Burnett and Downey have become trusted entertainment industry figures for the Christian community, and this latest announcement will give Burnett and Downey more opportunities to reach that audience with quality content. MGM’s content includes the JAMES BOND and ROCKY franchises, THE HOBBIT, THE MAGNIFICENT, FARGO, and many other movies and television shows.

In addition, Roma Downey was made president of LightWorkers Media, stating, “We have entered into an era where faith-based and family programming is experiencing a creative renaissance. I am so excited and grateful to head up the team at LightWorkers Media under MGM. This is an enthusiastic marketplace that inspires us every day to create and curate new, thoughtful and dynamic content for all screens in the distribution landscape.”

With MGM partnering with LightWorkers Media, Christians can expect even more faith oriented content, as well as quality programming from MGM’s vast library of classic movies. In addition to this major news, Burnett is currently executive producing a spinoff TV series of SHARK TANK called BEYOND THE TANK, and Burnett and Downey are producers on the new remake of the classic movie BEN-HUR scheduled to be released in the second half of 2016.