The Power of Friendship: On the Red Carpet with the Cast and Crew of CAPTAIN UNDERPANTS 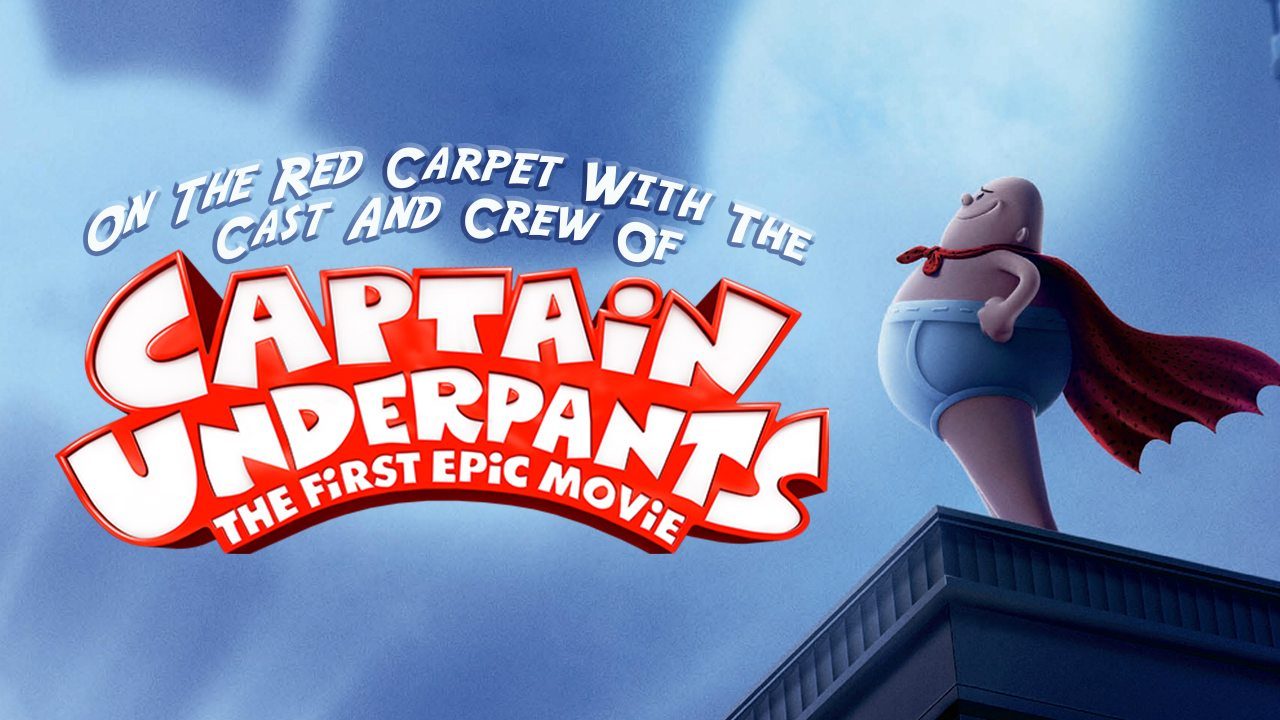 The Power of Friendship:

Movieguide® got the chance Sunday, June 4th, to do exclusive interviews with members of the cast and crew, including the original creator, of CAPTAIN UNDERPANTS:  THE FIRST EPIC MOVIE from DreamWorks Animation and 20th Century Fox, which was released in theaters Friday.

Movieguide® pointed out to the creator of the comic books, Dav Pilkey, that one of the movie’s major themes is how friendship can overcome almost any obstacle. We asked Pilkey if friendship is one of his major themes in the books he wrote.

“It’s not just friendship,” he said, “but actually creative friendship, the type of friendship where you’re not only best friends, but you’re creating art together. That was a big part of my childhood.”

Seeing his “baby” on the big screen is “my wildest dream come true,” he admitted.

“The movie is so much better than I thought it would be,” he added. “The director, David Soren, he believed in it. He saw something even bigger than the story I created, than I thought.”

“We had a lot of different elements in this,” Soren said.

“Really, it all came down to trying to tell the story from George and Harold’s point of view [the two fourth-grade friends who create the Captain Underpants comics and accidentally hypnotize their principal into becoming a real-life Captain Underpants].

“That allowed us to go into all sorts of flights of fancy in their imagination,” he said.

“Their friendship is kind of key to the success of the movie and the book series. Hopefully, the movie is the central relationship between George and Harold, which is a creative friendship, which is really lovely, which you don’t get to see that often in movies. It rang true to me because there are friendships in my life that I value.”

At first, George and Harold see their principal as a monster, Soren noted, but as they gradually get to know him better, they realize he’s “not such a horrible guy; he’s actually kind of just lonely. They develop some empathy for him and that ultimately leads to their first-ever prank for good.”

Star Kevin Hart, who plays George, the creator of the comic book stories he and Harold make for their superhero, Captain Underpants, said the friendships that have sustained him the most through his career are the relationships he has with his two children, Heaven Lee and Hendrix.

“They’re my best friends,” he said. “Seeing them happy makes me happy.”

Producer Mireille Soria brilliantly explained the role of the producer in a movie while describing what she and Producer Mark Swift did on CAPTAIN UNDERPANTS. She said they first worked with the writer on developing the script, then put the movie’s team together, and finally made sure “all these people had everything they needed to do the best job they could.”

What’s the secret to making a filmmaking team work together well?

“And, the communication,” Soria noted.

“I wanted to make something for my kids,” Soundtrack Producer Adam Anders said. “I have two boys. I was always testing the music out on them the whole time.”

Anders said working with “Weird Al” Yankovich on the movie’s theme song was a joy. He praised Yankovich “clean, fun” songs which are hardly ever mean or nasty.

Apparently, “Weird Al” was mentioned in the very first CAPTAIN UNDERPANTS book, so it was natural for him to do the movie’s theme song.

“I just met Dav Pilkey a few minutes ago!” Yankovich explained to Movieguide®.

“Apparently, he was always a big fan of mine, which was why I was written into the books, and the fact that now I’m doing the theme song, it all kind of makes sense. It’s wonderful! I’m thrilled to be a part of the movie. I love the books. I used to read them to my daughter when she was about a decade younger.

“I saw a rough cut of the movie,” he added. “They really captured the humor and the spirit and the heart of the books. I’m just really insanely happy to be part of it.”

When someone asked how he gets in the mood to create a song, “Weird Al” joked, “Usually, I just fill a bathtub with boysenberry yogurt and just kind of sink into it, and just kind of become one with the universe.”

Movieguide® asked Mr. Yankovich how he stays so young, take a bath in boysenberry yogurt?

He replied, “No, I usually just stay in my hyperbaric chamber for 23 hours and only come out for movie premieres!”