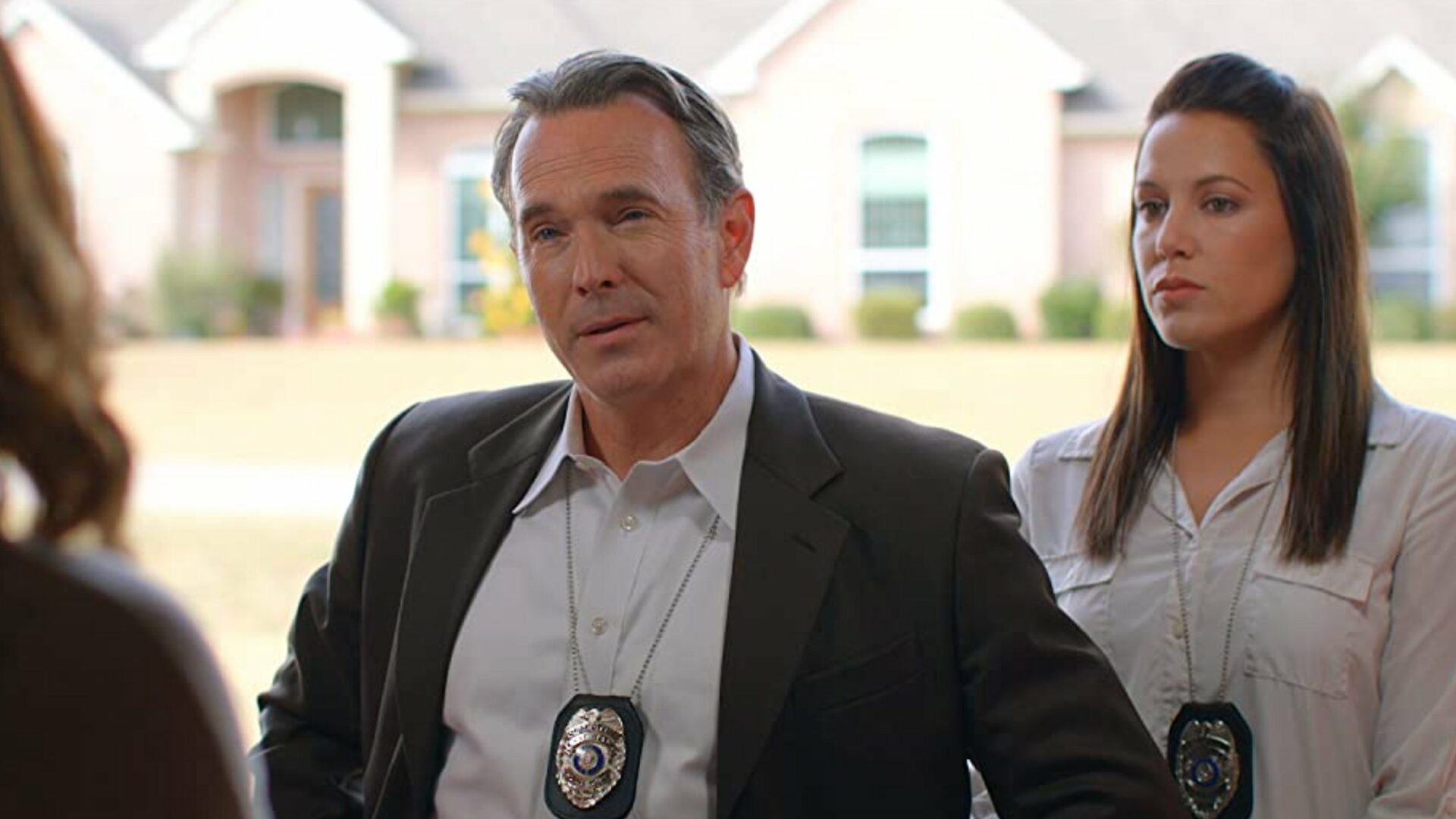 Photo from IMDb – “Todd Terry and Venus Monique in Vindication (2019)”

Director Jarod O’Flaherty said that while VINDICATION is written with a worldview where God exits, he and his team use a unique approach to their faith-based entertainment.

“My approach in the episodes and even the seasons isn’t to start with 10 Bible verses or 10 sermons and then try to create a crime drama around that,” he told Movieguide®. “Instead, the approach is, let’s tell some engaging, interesting, who-done-it, mysterious, good crime dramas—It’s a formula that has proven successful in mainstream television for a long time—and tell those stories but do so in a world where God exists.”

While the show is still grounded in reality, O’Flaherty said that the difference with VINDICATION is that they are one of the few crime shows that recognizes God in that reality.

“If you turn on any of the 20 crime dramas that are running you’ll rarely hear about God being involved in people’s lives or the investigations. He doesn’t exist in those worlds, it’s all about people and their willpower,” he said. “We just tell these engaging stories in the world that God exists and naturally, He makes himself known through different situations there.”

A portion of Movieguide®’s review of VINDICATION Season 1 reads:

VINDICATION is an excellent crime drama streaming on Amazon Prime about a police detective, Gary Travis. The program’s 10-episode first season takes viewers through a whirlwind of different cases and family drama. It follows Detective Travis, his family, and his new detective trainee Kris Tanner. Each story has its own twists and turns, but somehow all the problems and cases are connected. In each episode, at least one person mentions their relationship with the Lord. The detective’s wife is also very steadfast in her relationship with God.

VINDICATION is a highly entertaining crime drama, with many of the qualities of great crime shows. Some episodes take on an almost thriller tone that really hooks the audience. The program’s strong Christian, moral worldview adds some realism and emotional and spiritual depth that’s inspiring and moving. There are many instances of redemption, prayer, Scripture quotes, references to church, and elements of forgiveness and sacrifice. Of course, because it’s a crime drama, VINDICATION contains occasional violence, sexual references and drug content, but immoral, criminal actions are never praised. MOVIEGUIDE® advises caution for older children.

O’Flaherty said that while the second season, which premiered in September, includes the crime components of the first, it has a heavier focus on the character’s lives.

“After Season 1 came out, we obviously got audience feedback and we heard from people that while they enjoyed the ‘crime of the week’ and the mystery and the trying to figure it out part, what they really enjoyed were the ongoing storylines of the characters,” he said. “The detective in his home life, his relationship with his daughter, his relationship with his co-worker, and that is what people enjoyed the most.”

“Going into Season 2 we shifted a little bit, there’s still a ‘crime of the week’ for most of the episodes, but instead of it being a crime drama series it’s more of a drama series, with some crime in it,” he added. “So these ongoing storylines of our main characters take more of a center stage.”

VINDICATION Season 2 has yet to be reviewed by Movieguide® but is available to stream on PureFlix.